It’s a universal truth that Alfred Hitchcock is probably the most influential filmmaker in the history of cinema.

I absolutely adore his films which, despite how old they are, have never dated. 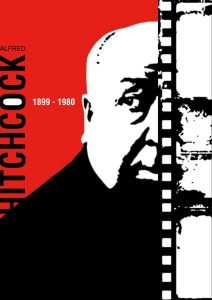 Born in Leytonstone, Essex, he began his career as a copywriter for the film industry, specifically writing dialogue cards for silent films.

He directed his first film in 1925, The Pleasure Garden, but it wasn’t until he directed The Lodger in 1927, that he found his genre – suspense.

And he never looked back.

Hitchcock’s future as a serious director was now assured, and a move to Hollywood was the first step in his rise to fame.

Hitchcock was mainly interested in images, and what he saw through his lens, he believed, is that the attraction of cinema is the way it allows us to look without being seen; to shamelessly peer into other’s lives.

Many of his films feature the act of looking, often in a way that is obsessive or unhealthy – think of the wheelchair-bound James Stewart spying on his neighbours in Rear Window (1954), or Anthony Perkins as Norman Bates watching Janet Leigh undressing in Psycho (1960).

This film will forever be his most talked about, and his most controversial.

Though he was at the end of his contract to Paramount, Hitchcock financed the film himself, with Paramount only distributing the film.

This was because they felt the film was too much of a risk, due to the dark tone and terrifying music.

Part of the fun of watching Hitchcock’s films is trying to spot him in his cameo roles.

Unlike other directors, he appears in all his films – from narrating the introduction, to full on cameo roles.

But why did he do it?

“It all started with the shortage of extras in my first picture. I was in for a few seconds as an editor with my back to the cameras. It wasn’t really much, but I played it to the hilt. Since then I have been trying to get into every one of my pictures.”

Hitchcock is often thought of as a director who felt uncomfortable with and was even hostile to women.

There is plenty of evidence to support this view, in his life and in his films, but there is also evidence that he admired strong, independent women, at a time when these characteristics where often considered undesirable.

Hitchcock was particularly cruel to Tippi Hedren, star of The Birds. 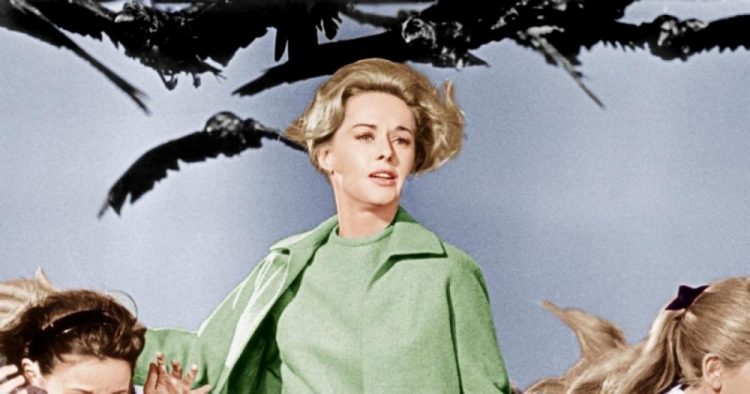 After a terrifying experience, shooting with hundreds of real birds attacking her, the actress was deeply traumatised and signed off work by her doctor for five days.

Hitch recruited her after spotting her in an advert and became obsessed, much to the dismay of his wife, Alma.

But when Hedren refused his advances, the director’s passion soon turned to spite. Hitchcock became the worst type of stalker boss.

One of the greatest directors of 20th Century cinema, to this day he’s still a huge influence on directors and film students around the world.

His films are just as popular with audiences now as they were when they were made.

He was a five-time Academy Award nominee for Best Director and, in 1980, he received a knighthood from Queen Elizabeth II.

A husband, father, director, and the Master of Suspense, Sir Alfred Hitchcock passed away on 29 April 1980.