Film Review: It Comes At Night

You might have seen a recent article referencing It Comes At Night floating around online, proposing some form of ‘post-horror’ theory. 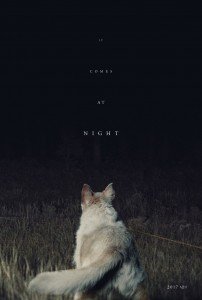 Although it is always good to see horror coming up for discussion, it is certainly sad to see that the common conception of the genre from some corners is that it should dwell in a blood-covered cave with bones and amputated limbs hanging around — Texas Chainsaw Massacre style, and anything that tries to deviate from that is simply not considered ‘part of the genre’.

This is one of the problems surrounding this film, where the eerie tension and constant dread is seemingly not enough to keep (some of the) audience satisfied.

The feature, written and directed by Trey Edward Shults, follows a family as they survive a disease that has decimated the majority of the population. Paul, his wife Sarah and their teenage son Travis managed to survive by locking themselves up in their house until they and are disrupted by Will, who breaks in to steal water in order to keep his family alive.

In an act of partial kindness and partial survival strategy, Paul and Sarah decide to take Will, Kim and their son Andrew in, as long as they bring food. The sense of dread in It Comes At Night is almost nonstop, as the imminent threat of something unknown to the characters and the audience is present throughout.

The main controversy around the film is that it is just not ‘scary’ enough to be considered part of the horror genre. It doesn’t have many jump scares, and some critics have been eager to call it a ‘psychological thriller’ instead, as if to be considered a horror narrative it is necessary to have all-out carnage and slit throats.

The marketing of the film is perhaps to blame here, as the trailer portrays a traditional horror film, with frenetic images and sounds that do not reflect the actual narrative at all. However, that doesn’t change the fact that It Comes At Night absolutely belongs in our beloved horror genre. Otherwise, if you follow this line thought, should Polanski’s apartment trilogy be considered horror? How about The Shining, The Others and the recently acclaimed The Witch?

I don’t think it’s necessary to dig too deep into horror theory to understand that horror is the reflection of the filmmaker’s (or society’s) fears and anxieties. Shults explains that he wrote this piece as a way of dealing with his personal relationship with his father, after learning he was dying from pancreatic cancer. 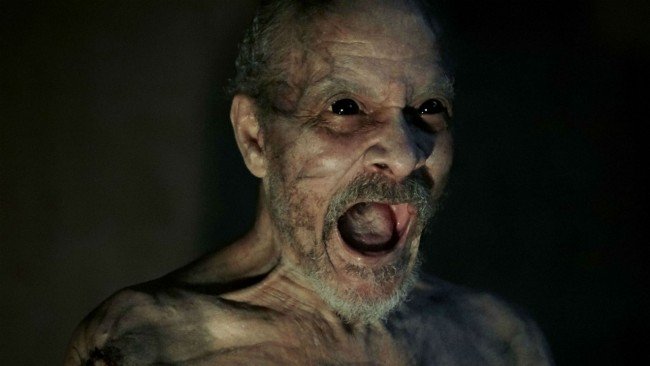 In It Comes At Night, people die from a disease that infects the body and manifests itself in less than a day — killing the person quickly. This perhaps mirrors the intensity of pancreatic cancer in particular, which is one of the most deadly forms of the disease.

In the beginning of the film, we see the family saying goodbye to a person whose body is in decay. We immediately learn he is Sarah’s father who then is killed by Paul in a act of kindness as he spares him of the agony. Shults explores his unresolved feelings with his father through the portrayal of the grandfather, who returns in Travis’ dreams and causes nothing but dread.

It Comes At Night shows no apparent monster, instead relying on the fear of imminent death to build apprehension. As i mentioned, there are no jump scares or cheap (though sometimes effective) tricks. But then again… Rosemary’s fear was not knowing if her husband was part of a cult and if she was indeed the carrier of Satan’s spawn. No jump scares there!

Carole’s anxieties towards men and rape caused her to lock herself in her apartment and make the audience question themselves alongside her. No jump scares there either.

Thomasin’s frustration with her family who insisted she was a witch and tried to blame her for everything wrong with their the farm is the main cause of horror in The Witch and… notice a theme here..?  Yes, no jump scares again.  Just brilliant writing and cinematography that conveys something more than just a butchered body or how cats can make you jump.

It Comes at Night resembles great recent films such as the not-so-talked-about Hidden, directed by the Duffer Brothers, Rod Blackhurst’s Here Alone and perhaps Dan Trachtenberg’s 10 Cloverfield Lane, as they all explore personal experiences in the midst of an unclear outbreak.

Again, it is this misconception of the horror genre that has, unfortunately, taken its toll upon It Comes at Night. In my opinion it is a very decent film, with great performances from Joel Edgerton, Christopher Abbott and Kelvin Harrison Jr.

The editing is slow and the cinematography makes use of zooms and pans to guide the audience through the film. The actions happen mostly inside the house, and the feeling of claustrophobia and confinement, supported by the dark cinematography and the overwhelming presence of walls and locked windows, makes the feeling of isolation and tension even stronger.

However, the film does leave a lot of questions unanswered and, although Shults stated that he left the questions open-ended on purpose, I do feel it brings the film down. There are many ways to interpret the film when it comes to what ‘it’ is, and some of the interpretations might even suggest that there is nothing out there at all, despite the fact that throughout the film there are many suggestions to the contrary.

But because It Comes At Night is such an intimate expression for Shults, I believe that each person in the audience will take something from it, and perhaps experience their own catharsis — as I’m sure Shults went through too.