Okay, I need to talk about this thing or I’m going to lose my fucking mind! With the R.L. Stine’s Fear Street series blowing minds on Netflix, I cannot help but remember a particular novel of his that I read when I was roughly 12 years old and it still haunts me til this day as an almost 30 year old woman. 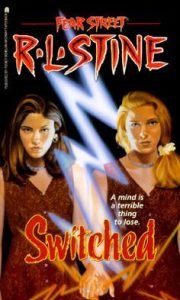 Well, ‘haunts’ is a strong word, but I catch myself thinking about it while doing the dishes more often than not.

The book was called Switched. It was released in 1995 under the Fear Street umbrella, but I did not read it until 10 years after its initial release and, quite frankly, I feel like this particular story goes so under the radar when it comes to Stine’s long bibliography. It’s about two teenager friends who switch bodies, but it turns out that one of them is taking advantage of her friend and using her body to get away with murder. Multiple murders. Like, this girl went on a spree! Yeah, that’s pretty heavy shit for a 12-year old to read, especially in one day…while in school…when she should probably be paying attention in Math class.

Switched was a very swift 150 pages that I read in a single Spring day, and the story, especially its twist ending, has stayed with me and most likely will til the day I fucking die. It blew my mind when I read it, and even as I’ve grown and matured as not just a reader, but a writer as well. R.L. Stine made a unique gem that doesn’t get enough credit. Growing up, all I knew R.L. Stine from was his Goosebump collection. I hadn’t veered into his Fear Street novels until that particular novel, but I remember feeling so overwhelmed reading it, as if it was left in my school library by accident.

In fact, if I think back hard enough, Switched was probably my first horror novel that I read, right before venturing into Stephen King (bless my English teacher for their patience on my 6th grade dissertation on Carrie). But talks of murder, mental illness, and conspiracies weren’t really something I read. And yes, I know – Harry Potter was a thing back then, but I never got into it, so sue me! But getting into deep topics in pre-teen novels has always interested me and as I remember reading even stranger novels such as The Ghost of Fossil Glen, and its many, many sequels, I realise my pre-teen years were enveloped in some insanely inappropriate topics! Now I know why I am the way that I am – I can fire my therapist now! 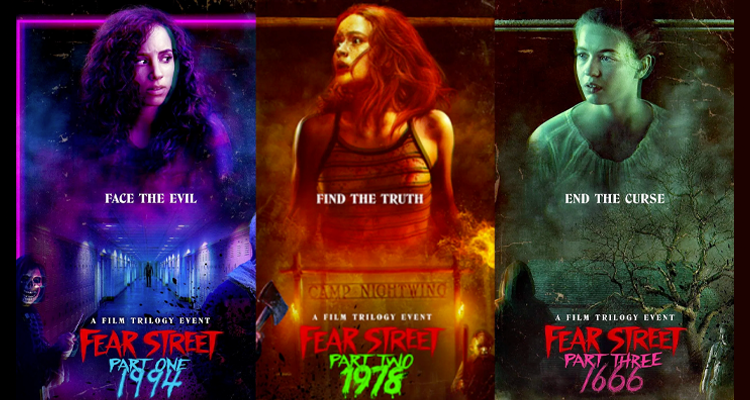 But back to my original topic: Switched. I have done several articles regarding horror in my youth and this is just another stop on that journey. If this particular novel becomes incorporated later on in the Netflix series, then great – I’ll definitely watch it! I really do think that Switched should be on that list of one of the greatest R.L. Stine novels ever and that more people should know about it. Could I just be saying this because of nostalgia? Probably. But it won’t stop me from believing it or hoping more people check out this little gem.