Suburbs are troubling places in film. Stretching through a no-man’s-land between city and countryside, they are hotbeds of restlessness, of repression, and of discriminate murder directed towards wayward teens. And they are often depicted in the same uniform way. They all look how toothpaste tastes. 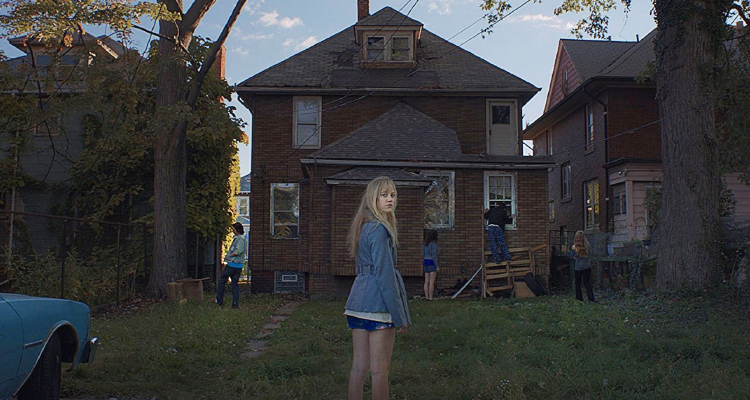 But suburbs are different depending on where you are. The suburbs surrounding Detroit for example are historically problematic, filled from a continuing exodus of people from the city. These movements, like in 2011 when 59 schools closed throughout Detroit, create rifts between the outskirts and the city itself. This divide was inherently racialised. White people could flock to neighbourhoods bordering Detroit which actively excluded a poor, predominantly black populous, forced to stay in a dilapidated city. Even in 2011, a growing black middle-class expansion into Detroit was met with racism from those closeted neighbourhoods.

One story from the brilliant book The Last Days of Detroit demonstrates this cold divide particularly well. The relative of a founding father of Detroit recalls spending a New Years Eve in West Berlin after the wall had been torn down. Glancing east and seeing nothing but darkness, he said that it made him feel as if he were in the suburbs looking into Detroit. ‘That’s exactly what it’s like here,’ he recounts to Mark Binelli in Detroit, ‘only there’s no wall’. 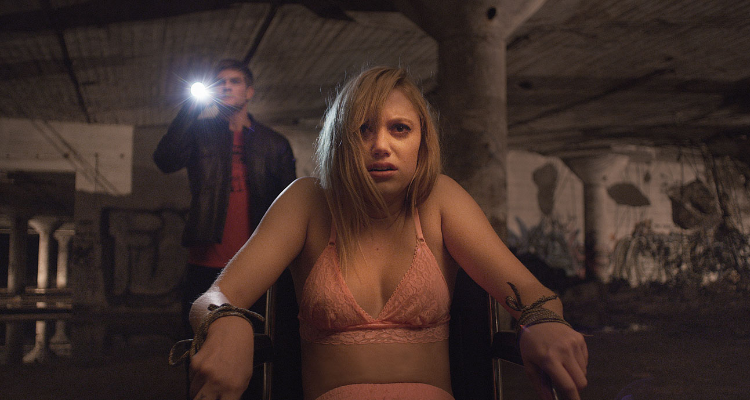 It Follows is set in Detroit and is all about invisible threats. The film follows Jay, who contracts a curse after sleeping with someone she is dating. No matter where she is, someone will be approaching her, simply walking. But if they reach her, she will die. And the only way to pass the curse on, is to have sex with someone else.

It pulls this remarkable trick to double down on the constant threat the curse poses: it conditions you to watch everyone. The camera will spin on its axis at various points in the film and as it does so, you scour the screen for every human in shot. You can never initially tell if someone is a threat or merely ambling from one place to another.

The music does the same, sneaking up on you with scritching synths and pounding rhythms. It achieves this in two ways. The first is obvious; simply starting quiet and gradually swelling. Disasterpeace has said that No Country For Old Men has one of his favourite soundtracks. I can barely remember a note from that score because hardly any are played. It is an eerily quiet film. It deprives you of any music and therefore any expectation of how to feel. It Follows uses silence in a similar way, to disorientate you. When it should be shouting at you to recoil from a dead body, it stays quiet. You learn not to trust those silences.

The second is how Disasterpeace’s music will disguise itself in the environmental sound. When a car starts driving, synths seem to merge with the engine revving and the tyres smearing on tarmac. When Jay stares out over a lawn in school at someone approaching, the music starts out as a lawnmower. Disasterpeace may or may not have zoned in on some of his experience working on creating sounds for games. At 25, he was crafting robot sounds for a living.

The first time I saw It Follows was at its premiere at the BFI. Afterwards, there was a Q&A with the director and two actors, Maika Monroe and Daniel Zovatto. I remember itching to ask about the music. It had really scared me, and I was genuinely excited about that. Whilst Goblin’s soundtrack to Suspiria is creepy and Giovanni’s soundtrack to The Wickerman is seductive, Disasterpeace’s soundtrack is just frightening. Pure horror music. It grips something inside you that ought probably to remain ungripped. It does what great horror does, which is feel simultaneously unnatural and completely pure at the same time. Pretty amazing then that Disasterpeace had never really watched horror films before scoring It Follows.

Director David Robert Mitchell contacted Disasterpeace after playing a video game he scored called Fez. Fez has a chip-tune soundtrack that sounds like someone has painted vivid tinctures over the cracks to the universe. Disasterpeace’s name incapsulates something of his music’s sharp turns. It has a fragile tranquillity about it. Even when it is at its most content, it feels as if it is only one turn away from transforming into something jarring and disconcerting. 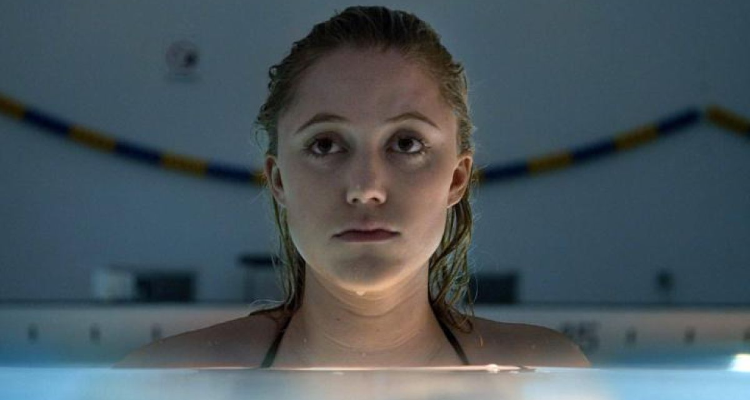 David Robert Mitchell has said that he wanted the music of the film to be at once melodic and ‘an assault’. He imagined it as a nightmare, where logic is tortuous and non-linear. And yet, as many critics picked up on when the film came out, there is also something oddly familiar about the setting of It Follows, perhaps even occasionally comforting. It belongs in a Halloween-esque universe.

The film’s familiar placement in this timeless evocation of suburbia is one of the best defences of temp music I know. Temp music is a piecemeal soundtrack made up of already existing music that is used to discern the beats of an edit – the structure of a film. There is an infamous interview with a group of large-name composers on YouTube in which they proceed to groan about how directors fall almost inevitably in love with the temp score. Danny Elfman is the one who initially mentions the controversial practise. ‘Temp music’, he says, ‘is the bane of my existence’.

Disasterpiece has stated in interview that he was initially sceptical of temp music, presumably having heard it slandered many times, but came to see its benefits. ‘I would listen through to the cue once or twice and would internalize the essence of it to the best of my ability.’

I am making a jump here and presuming that at least one element of one John Carpenter Halloween soundtrack made it into the temp score, probably some Giorgio Morodor as well which has a thumpier quality to it. The similarities are too great. But the scoring of the film is unique enough to cut above it, and the effect is that the streets of Halloween are conjured up in the film rather than imitated. It adds to the dreamscape quality of the film that David Robert Mitchell spoke about, ideas swimming through the whole thing. There are clips from films, quotes from books, and through Disasterpeace’s score, odd inflections of other versions of suburban peril. 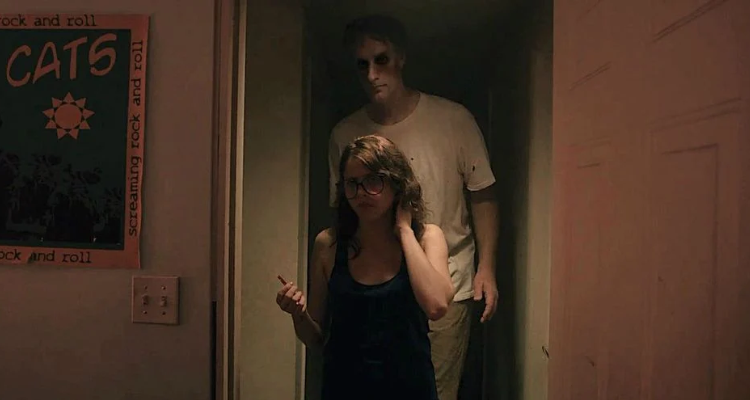 It Follows never explains the curse at the centre of the film. You are not supposed to understand it. It is some untraceable thing, inherited but not fully understood. It is because of this that interpretations of what the film might mean differ from watch to watch for me. At its core, it is a film about a threat that is very visible to one party and almost invisible to the other. That could be an STD, social media, obsessive love, the racist paranoia of the suburbs. Or it could be violence against women.

It was impossible to watch It Follows this week without thinking of Sarah Everard’s murder and all that happened after. I have not been able to stop mulling over the outpouring of stories I saw on social media, countless numbers of interactions that reinforce the fear that women are made to carry with them. It has attached itself to my understanding of what the film’s sprawling suburbia and Disasterpeace’s significant silences might represent. How a quiet street sounds might depend entirely on who you are.