Series Review: All Of Us Are Dead 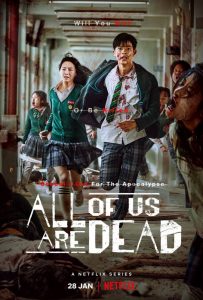 The announcement that Netflix had commissioned a JTBC Studios / Film Monster series based on the popular webtoon Now At Our School came way back in April 2020. But then the project got metaphorically bitten by the global pandemic and production was suspended in August 2020. Thus it was not until January this year that All Of Us Are Dead metaphorically rose from the grave and debuted on our screens.

No more metaphors? Right, got it.

So – whilst attempting to avoid unnecessary spoilers – let’s take a look at how All Of Us Are Dead addresses the standard questions you need to answer if you’re a zombie horror. 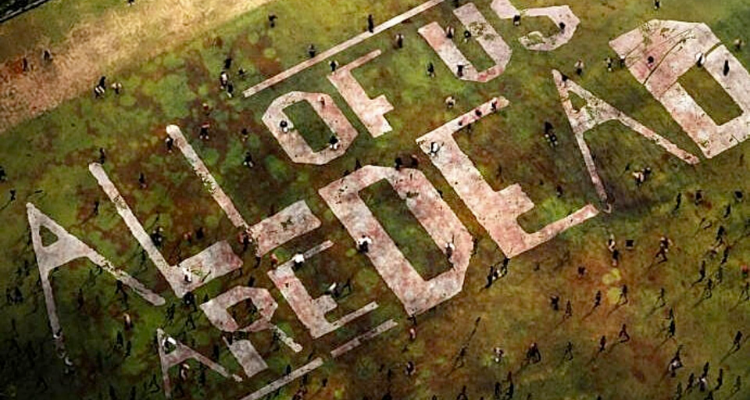 Where do the zombies hang out?

George Romero always made the best out of settings, giving us jarring juxtapositions of mundane environments (a shopping mall in Dawn of the Dead; a standard house in Night of the Living Dead) with zombies. In All Of Us Are Dead, it’s a high school.

What is the origin of the zombie infection?

Sometimes it’s a bio-weapon, sometimes it’s a curse (remember ‘When Hell is full the dead shall walk the earth’?) Here it’s a failed science experiment.

One of the teachers at the school has a kid who is too timid and gets bullied as a result. So Dad starts experimenting with formulae to boost aggression and…well I suppose in that sense, it’s a total success. 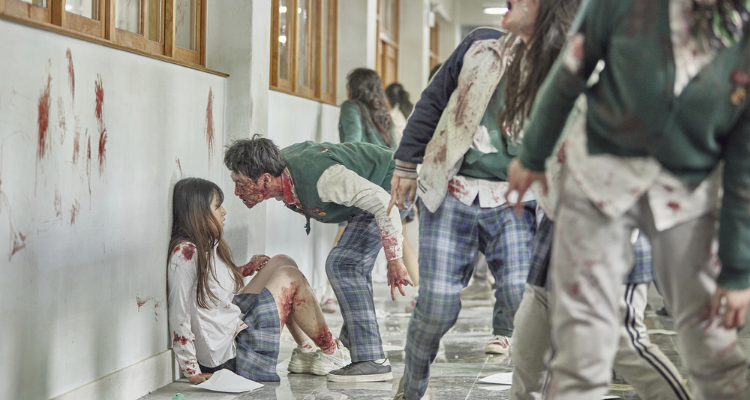 How quickly does the infection take effect?

I’m old enough to remember not only Romero’s films, but the likes of The Walking Dead, wherein the zombie infection took a few hours or more to kick in. But today’s zombies have got no time for that kind of delay, and whereas the change here is not quite the instantaneous shift of 28 Days / Weeks Later, it’s only a matter of seconds in some cases.

I miss the days when zombies would take their time.

What are the qualities of the zombie?

Another commonality with 28 Days / Weeks Later is that All Of Us Are Dead’s zombies are fast! No staggering and groaning for them; these undead screech, gurgle, and run. The transformation is quite distinct here; the infected person initially goes into a series of grotesque contortions, as their bones audibly reconfigure.

Another innovation of the series is that the condition does not affect everyone equally; in rare cases, an individual will acquire all the attributes of the zombie but retain their identity (albeit with an unhealthy new appetite for raw meat).

How they handle that power and appetite is of course down to the kind of person they are. 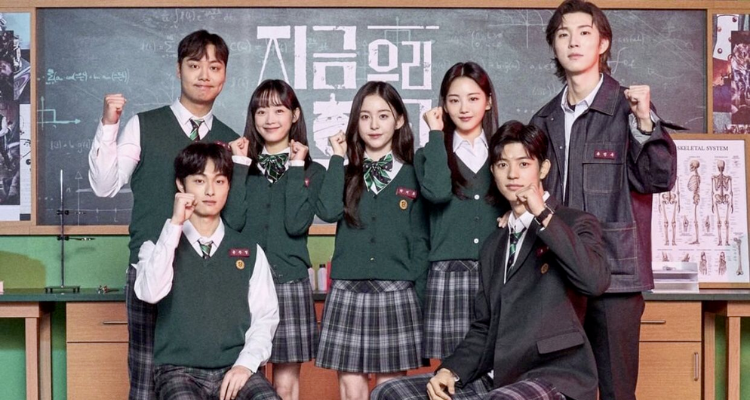 What are the weaknesses of the zombie?

Here we’re going classic old-school – it’s a headshot that finishes them off. And, by a lucky coincidence, the high school specialises in sports archery. So how do the Korean students compare to the Walking Dead’s resident crossbowman, Daryl Dixon? Well, bows have superior range to crossbows but less force at short ranges.

I don’t know, argue it out amongst yourselves.

So what’s the government doing about all these dead people rampaging around?

Well in the first instance, it’s a fairly standard policy of containment. But ultimately…well, we said no spoilers, right? 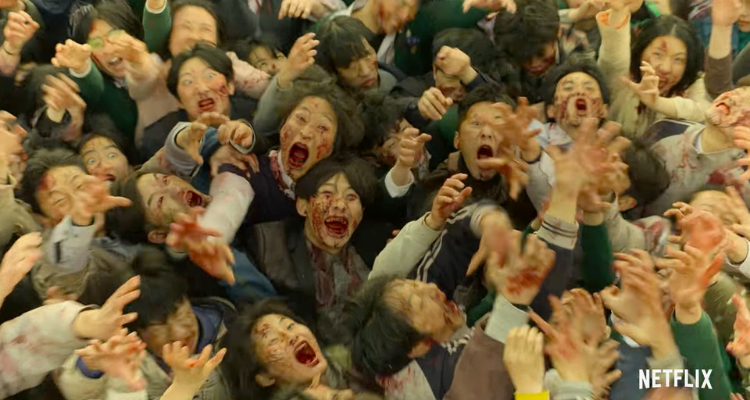 But is it any good, though?

Despite being too long at twelve episodes (would have worked better at eight), yes, it is. It presents some marvellous set pieces, making the most of the innate terror of zombies swarming towards the protagonists (some of which recall the better scenes in World War Z). A young cast of mostly unknowns do a great job of handling the tonal challenge of melding the genres of teenage coming of age with zombie apocalypse horror (special marks for Yoo In-soo as deliciously evil bully-turned-villain, Gwi-nam).

All Of Us Are Dead is streaming now on Netflix