“Life is like a game, there are many players. If you don’t play with them, they’ll play with you.” 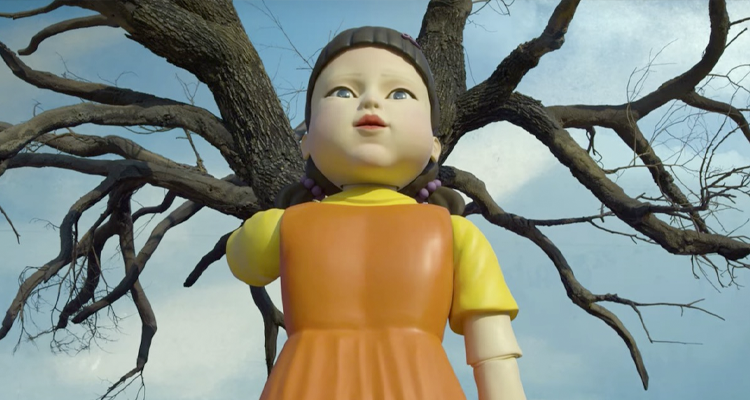 So you’ve heard something about this already, right?

A friend has binge-watched it and raved about it? A reference on social media? A sly comment on an online forum?

The buzz about it became a roar when it became Netflix’s most-watched show, drawing 111 million views. As well as providing the easiest group Halloween costume motif for this year (assuming you’re prepared to dye a load of overalls pink), Squid Game has become a genuine global phenomenon, spawning viral memes, pop-up stores, and even talks of developing of a real-life version (almost certainly not by the same rules). 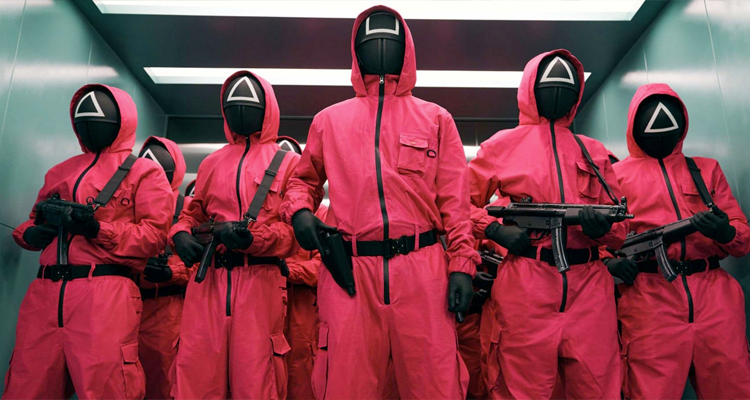 So, can I tell you why it’s so good without spoilers? I’ll try.

For something that looks so superficial (the guards’ uniforms and many of the sets are deliberately child-like), Squid Game explores some very fundamental human issues. It’s pretty much a non-spoiler to say that the storyline involves a range of ‘contestants’ engaging in a series of children’s games in order to win an astronomical cash prize.

But along the way, Squid Game manages to address a whole range of moral questions:
• Which is better, men or women?
• At what point does capitalism become outright evil?
• How easily will you betray an innocent, to further your own aims?
• What is your humanity worth?
• What is the price of your loyalty?
• Would you sacrifice yourself for another?

And bleakest of all, Squid Game makes it clear that each human life has a very definite, defined value. 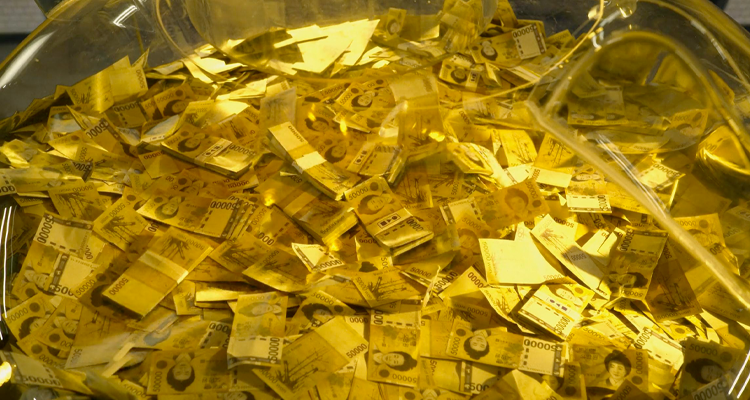 The delivery of these themes is humanistic, rather than preachy, and is that much more powerful because of it. People say it’s brutal but that’s not the right word, even though it’s true. It’s callous.

It shows us the best and worst of humanity, and speaking of that, a little about the leads: 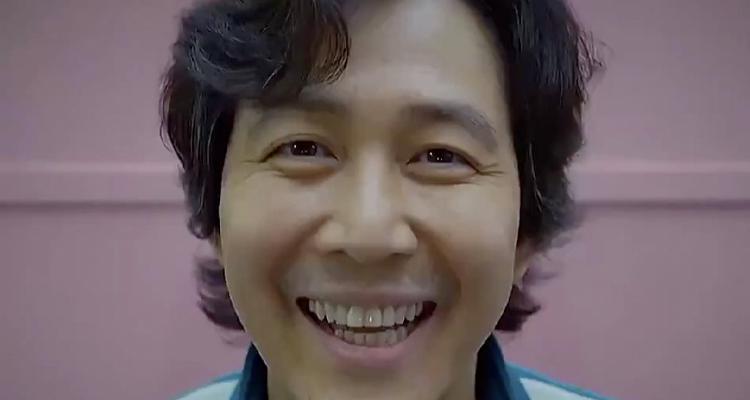 Gi-hun (played by Lee Jung-jae)
Gambling addict; divorcee; loser, and the moral heart of the story.
He’s known for playing stony-faced villains in Korean films, which is odd because it is the sheer humanity of his expressions throughout – sympathy; empathy; remorse; desperation; hope; resignation; revulsion, rage – that provides much of the emotional power of Squid Game.
It’s an award-winning performance and I hope he is recognised for it.

Sang-woo (played by Park Hae-soo)
Gi-hun’s childhood friend, an academic genius, and disgraced financier, Sang-woo’s arc is delicious, as he goes from being a decent (but faulted) man to an absolute monster.

Ali (played by Anupam Tripathi)
Migrant worker from Pakistan; a thoroughly decent human being. Guess how that works out for him… 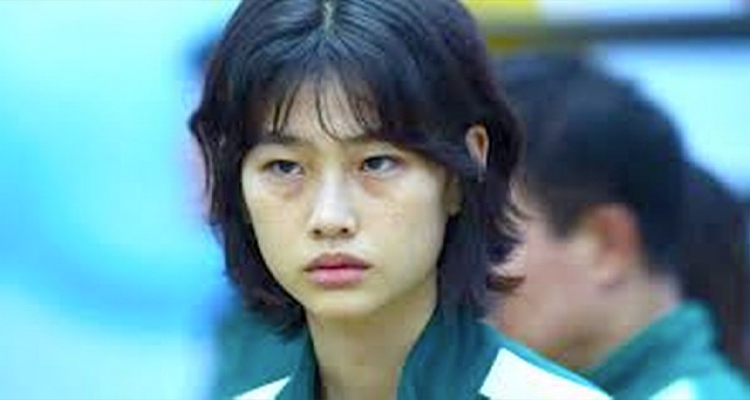 Sae-byeok (played by HoYeon Jung)
A North Korean pick-pocket, at home on the streets and deft with a knife. Given that this is her first professional acting gig – her background is as a model – this is a masterful performance.

Oh Il-nam (played by Oh Young-soo)
Player Number 1, an old man with a brain tumour. So he’s not going to last long. Right? 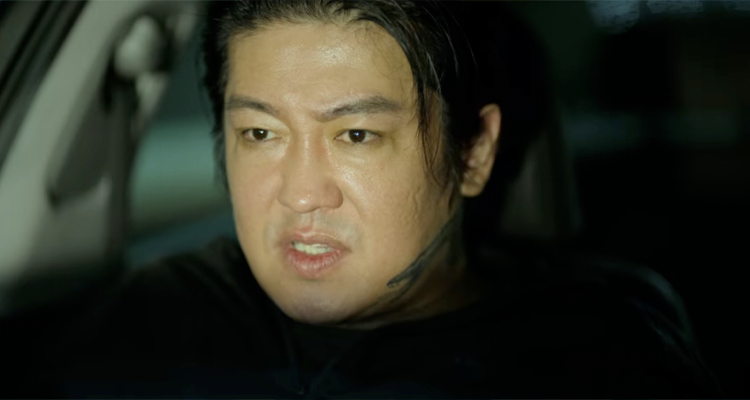 Jun-ho (played by Wi Ha-joon)
Undercover cop, investigating his brother’s disappearance. Provides a useful ‘outside’ perspective on the games.

The Front Man
The mysterious masked figure who runs the games. I’m not telling you who plays him in case you know Korean cinema (in which case it would spoil a great surprise). 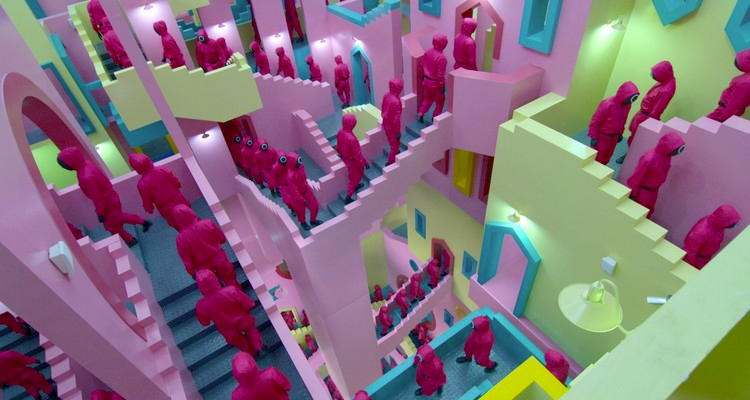 And in closing, two final commendations:

For anyone who enjoys watching non-English language films and television, there exists the eternal dilemma: subtitles or dubbing? The former requires you to constantly glance down, potentially missing visual detail or nuance; but the latter usually involves tolerating ‘mouth-not-coordinating-with-words’ syndrome. Uncharacteristically, I watched the dubbed version of Squid Game, and somehow – I assume by skilful choice of translation wording – they have almost entirely avoided the above syndrome; the actors look like they are talking in English. Maybe it’s just as well I chose dubbing, as native Korean speakers have been criticising the subtitles, saying they distort the original dialogue.

Lastly, Squid Game provides us with a masterful ending; not only a delicious twist but a satisfying transformation for our protagonist Gi-hun, now a fully-fledged avenging hero, all set for series two (yeah, there’s going to be a series two). There is a saying that good stories will stay with you…Squid Game will surely do that.