It helps when putting together a horror short to have something of a unique hook to hang its hat on. A strong idea can carry you through some ropey budgetary issues or casting restraints, especially when all you have to rely on is your camera and your wits and a whole lot of goodwill. 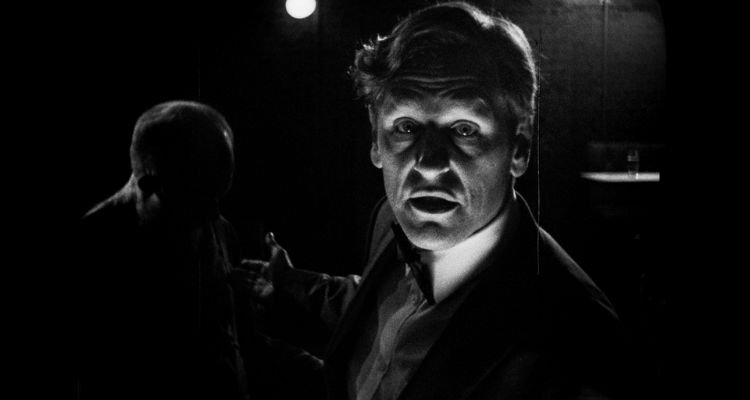 How nice it is then to come across a short that not only has a funny and creepy idea at its heart, but a really fun and charismatic performance leading the piece.

Director Alexander Vanegas Sus brings us his black and white short A Whole Host, the story of scathing film critic Dashielle Dellamorte (Kent Goldfinch) who finds that all of his years of pouring scorn and ridicule on horror films has caught up with him in a ghastly and endless loop of terror.

Shot in black and white, the film looks terrific and has a throwback feel that works for its overall tone. The shadows enhance the mood and also hide any of the films shortcomings as much of the frame is shrouded in blackness. 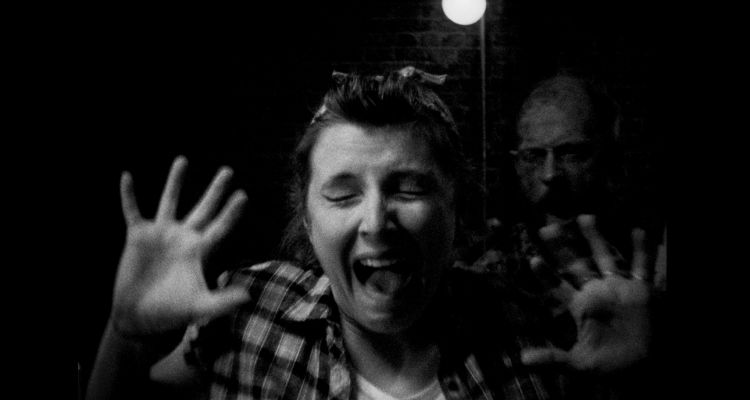 Lasting less than three minutes, it is often difficult to engage with a film that is quite this short; but the film has a real ace in the hole with Kent Goldfinch’s wonderfully sneery performance as our host, Dashielle Dellamorte.

Trapped for eternity in what appears to be a sixties B-movie (replete with a screaming victim and a hungry zombie), Dellamorte is a fun character full of dreadful puns and condescending putdowns, all of which Goldfinch spits at the screen with a gleeful energy. A Whole Host contains a great idea and is incredibly well shot, and when combined with the strength of Goldfinch’s character and performance, the whole piece really sings.

“I only made fun of a few movies here or there…” Dellamorte laments as the horror of his fate slowly begins to dawn on him. 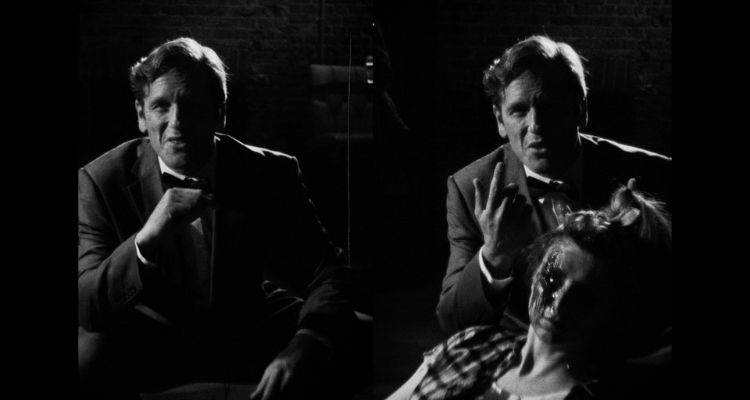 The inventive editing and cutting, overlaying Goldfinch’s narration as we watch the hellish repetition in which he is trapped really become apparent, is really evocative. The segue from comedy to horror is seamless and leaves the viewer with a grim smile as the credits begin to roll.

Stephen King once wrote that hell is repetition; Dellamorte will have an eternity to understand that fully.

Keep an eye out for A Whole Host as it enters the festival circuit.