A baby’s cry is not something one usually mistakes for the TV, a dog or a cat; likewise, having a baby is not something one forgets. However, Baby Thump opens with a couple asking these very questions and from that onwards writer/director Ian Killick holds an atmosphere of anxiety, confusion, and doubt over the entire film. 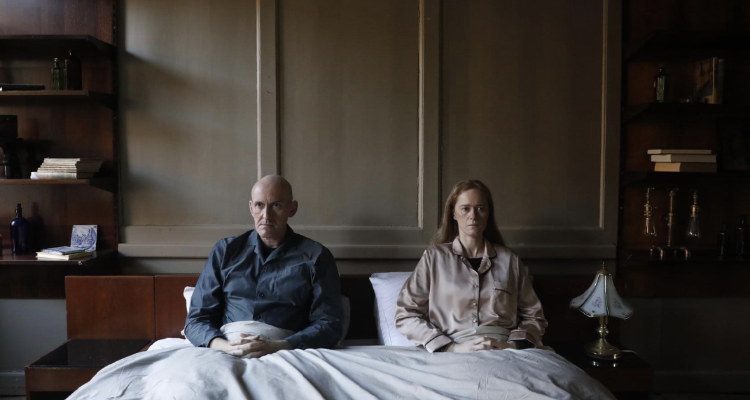 The couple, brilliantly played by Kathryn O’Reilly and Derek Elwood, call for the doctor who confirms the obvious: the cry is coming from a baby. The couple seem confused – where has the baby come from? Whose baby is it? Why is it crying? How long will it cry for? How to make it stop? The doctor answers as bluntly as possible the questions she deems stupid, creating a distance between herself and the couple.

Usually, the audience would use their common sense and side with the doctor. Well, if it’s crying, feed it. But because we never see the baby, we remain identifying with the couple. The film doesn’t explain how or when the baby arrived, but somehow these details feel unimportant – what is important is how this couple will now cope with it since the simple cry of it ruins their plans of watching TV (‘it would be distracting’).

This review will refrain from going into more details of the plot as it would take it away from the short – suffice it to say that the couple make a decision that feels right for them.

Baby Thump, much like Killick’s previous short For Him, is blunt. It feels rather curt at times, especially with the editing (also done by Killick). This is not necessarily a bad thing – it certainly fits in with the mood of the film, and especially with the attitude and composure of the couple. This unsettling atmosphere that is created is also highlighted with the long and static shots, which also bring a certain degree of humour to the film. Moreover, the sound encapsulates the viewer by suturing all the shots together with a continuous noise (I would describe it as a fridge noise). 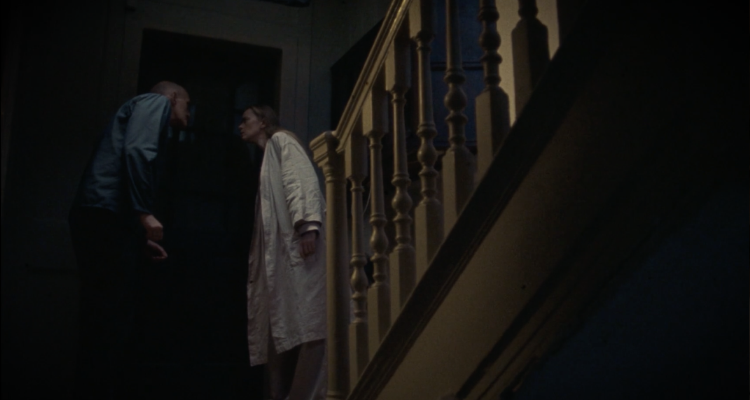 The sheer bizarreness that emanates from each character, and from the situation, makes this short quite fun. The actors are the face of the strangeness created in the short, and they play it accordingly.

Baby Thump is a 10-minute question mark, but it is also entertaining. Killick shows promise once again. The short (which was again produced by Anna McNutt) is, like its characters, a weird and composed short film that feels sophisticated because of its use of framing, colour, and sound.

I cannot wait to see what Ian Killick and Anna McNutt will do in the future.