In a recent study measuring the heartrate of viewers while watching horror films, Sinister came out on top.

It’s an interesting way of looking at horror films and their effect on our bodies while we experience them, but for my money, it misses out on the thing I really want from a horror film. 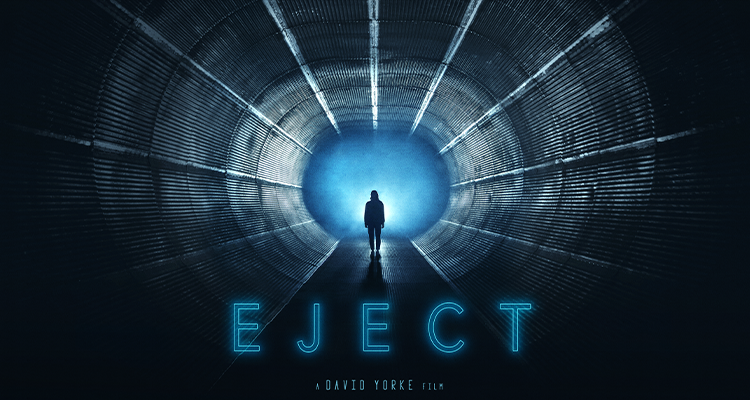 I want my horrors to linger long after I’ve watched them. I want those films to be rattling around in my head like Pazuzu possessing Regan or guests taking an extended stay at The Overlook Hotel.

I want horror films to haunt me.

That’s what I like about Eject, the sci-fi horror short from director David Yorke (written alongside Elena Saurel).

If you’re looking for a film to get your heartrate right up, this isn’t it. But if—like me—you want something to creep under your skin and stick around, then Eject is definitely for you. 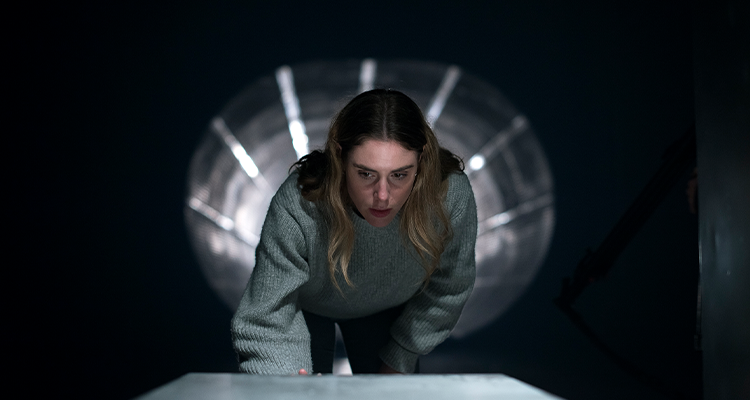 Kate (Elena Saurel) discovers that the itchy rash on her forearm is caused by a USB port under the skin and, through this, she is able to enter a world where she can alter herself for the better…but we all know “better” rarely lasts long in horror.

Yorke gets us to the discovery of the USB port quickly and the revelation provides us with a subtle touch of body horror, that horribly familiar moment from childhood where you know you shouldn’t peel back the scab, but…you do it anyway. 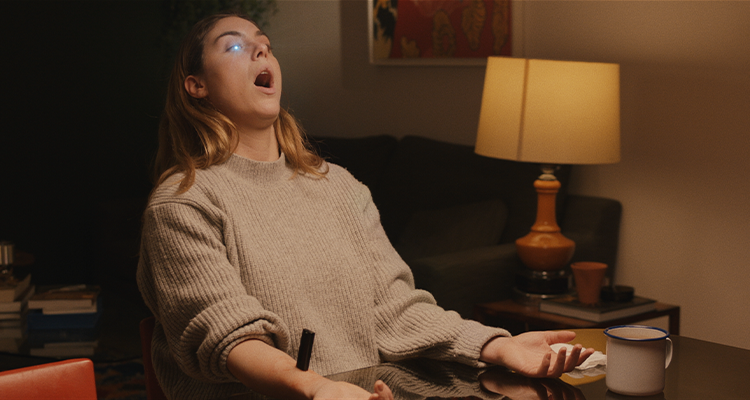 This is an intelligent, effective short. Saurel’s performance grounds the fantastical elements of the story and the effects will have you feeling itchy (in a good way).

There’s nothing here that caught me off guard, but in a way that feels like the point. We know what will happen, but we do it anyway.

In this way, Eject put me in mind of Black Mirror, The Twilight Zone or the TPub horror comic Twisted Tales—I don’t think Eject is out of place in this company (and that’s good company to keep). 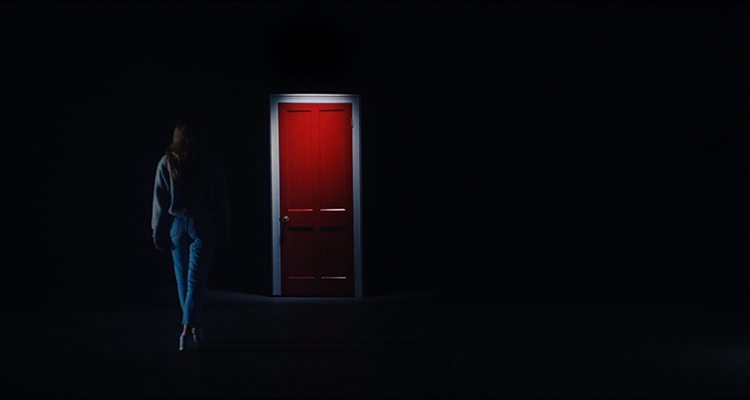 The world Kate enters through the USB port is reminiscent of Get Out’s sunken place, the thick darkness surrounding her ominously.

The use of colour is simple, but effective; that red door cutting through the cold blues—it’s the red button you instinctively know shouldn’t be pushed.

You just know that sooner or later, Kate’s going to open that door and the consequences will not be good…

You can catch Eject at the BAFTA qualifying Leeds Film Festival on 13 & 15 November.