There is an art to the slow burn. To make a short film with a slow burn pacing is to walk a knife edge, stray too far to either side and you fall into the traps of pretension or boredom. It is phenomenally hard thing to get right, especially with a short film where you have only minutes to win audiences over. 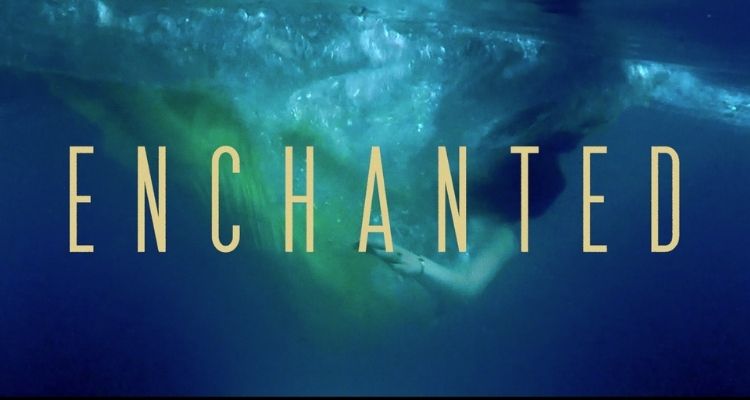 Writer and director Andrea R. Ciobanu walks this knife edge with her stylish and artistic short film Enchanted. It is a dark, modern fairy tale in which a model, Lucy, becomes a muse for a photographer who goes to extreme lengths for his photographs.

There is a dreamy quality to the film; slow motion, a stylised use of colour – the shift between the pink-red of a shoot into the cold, ethereal blue of a bathroom, particularly striking – and relying on visuals and the wonderful score (from Shane Rutherfoord-Jones) rather than dialogue to tell the story. No one speaks in Enchanted until the very end where we hear photographer and muse talking before their shoot. 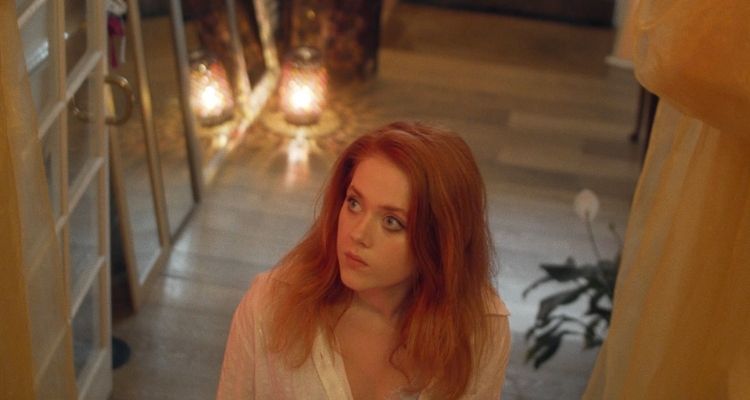 This is beautifully shot, and cinematographer Benjamin Eeley deserves a mention, but while I can appreciate the aesthetic and admire the bold decision to try and create a slow burn short, I feel that Enchanted feels like the teaser at the start of a longer film. The actual teaser in Enchanted gives us everything we need to know about the characters and the story, unfortunately from that point on I didn’t feel I was seeing anything new. All beautiful, all visually arresting, but not adding to what had come before it.

The connection between fashion and horror has been made before. The film that comes to mind for me is Nicolas Winding Refn’s Neon Demon. There is something of a shared DNA between these two films, both take a dreamlike approach and interest in bold visuals and a wonderful use of colour.

Ultimately I feel that Enchanted doesn’t go far enough beneath the surface. It is a film about the visual and I wanted Ciobanu to go deeper into this relationship between fashion and horror. I wanted to see something I hadn’t seen before. 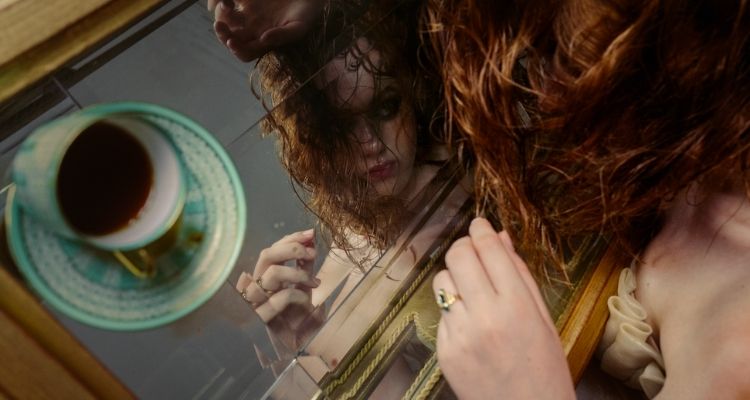 At the start of this review I drew a comparison with walking a knife edge and I think Enchanted slips a little from this perilous line. The visuals are enough to save it from losing its footing entirely, but not enough for me to feel that the slow burn is pulled off. Having said this, I can absolutely understand the plaudits that it has received on the festival circuit – receiving numerous nominations and awards, including Best Director at the Anatolia International Film Festival.

There is a lot to appreciate about Enchanted, but I was left feeling that there is more to explore here. I would definitely be interested in seeing what Ciobanu comes up with next and I would absolutely love her to go deeper into the connection between fashion and horror. There are depths to be mined there and I think Ciobanu has the understanding and skill to do so.