2020 will be forever synonymous with a certain pandemic, but in horror terms it was the year of Host. It’s too early to tell if Host has been a complete game-changer, but it took the found footage sub-genre (or maybe the online found footage sub-sub-genre) and ran with it, creating a film which not only supplied popcorn entertainment at a time without cinemas, but also spoke on a deeper level about modern isolation. It showed that it is possible to make a genuinely creepy horror film during a pandemic. 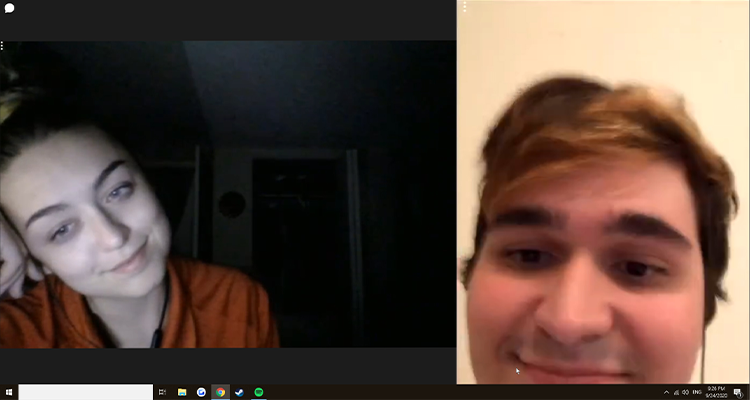 When The Blair Witch Project came out, it inspired a host (forgive me) of found footage films. Watching Host, last year, I wondered how soon it would be before I would see a film inspired by it and what that film would be.

That film is a short called Filtered. A combination of Host and Ju-On from writer-director Vincenzo Nappi.

My previous experience of Nappi’s work was a clever vampire short from last year called First Bite and I was interested to see what he had come up with next.

Similarly to First Bite, Filtered is a contained and effective horror short that demonstrates Nappi’s understanding of his craft. The use of negative space and the effect—while not breaking any new ground—are done well. The use of the dog filter is enjoyably creepy—not unexpected, but enjoyable nonetheless.

It’s easy to dismiss performances in found footage, but because of the nature of the sub-genre, one that strives to make you buy into the reality of the situation, found footage can live or die on the performances. Jasmine Winter and Marco Carreiro deliver performances that feel natural and while we don’t get a lot of background to their characters or their relationship, they pull it off well. 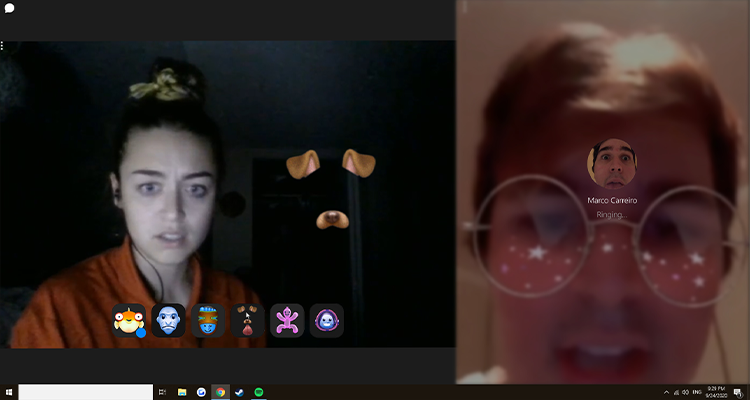 All in all, this is a well-made found footage short, but it left me wondering if the concept could have been taken further. Host has shown what is possible for filmmakers to do with the tech we have at home—you don’t need a RED or an Arri to create something cinematic—and because tech is constantly developing, the found footage sub-genre doesn’t stand still. If you want to make something in this sphere, you need to keep ahead of what everyone else is doing.

Filtered is well-crafted and creepy, but I think there’s more to come from Vincenzo Nappi.