Flowers for the Dead, a low-budget indie short, is the first collaboration film between Richard Markworth and John Whitaker.

The film opens with a young woman running through the woods, trying to escape a mysterious, suitcase carrying assailant. Music, composed by Whitaker, helps to create a tense atmosphere, with its pounding heartbeat-replicating percussion. 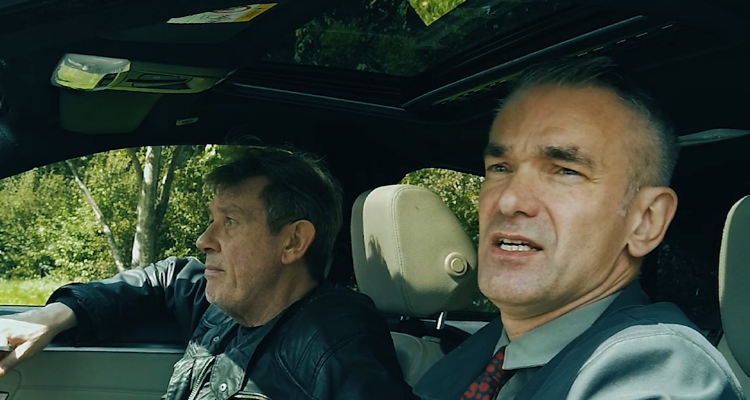 We soon learn from a poster that the young woman, Holly James, is now missing and two men are going to try to exploit this for all it’s worth. Peter, played by Markworth, plans to “investigate” her disappearance by attempting to contact her ghost, all for the sake of internet hits. Whether or not he can, or if she is even dead, is completely irrelevant, as he plans to fake the evidence anyway. Veteran actor, Alan Austen (Star Wars: Episode V, Salient Minus Ten), plays his doubtful, but compliant partner, George.

It’s clear that both men have a shady past, both former inmates and George’s different understanding of the word “hit”.  The conversation between the two as they lay out the plan for their rise to supernatural investigator fame is longwinded, but filled with a dark humour delivered by Markworth and Austen to break up the monotony. The frequent camera movements and editing can be distracting at times, but they also help keep the action going in times of long dialogue.

Flowers for the Dead really picks up as the men enter the woods to film their supposed money-making séance. The camera smoothly follows through the outstretched and mossy branches, showcasing the creepy atmosphere of the allegedly haunted Abbot’s Wood. The location becomes as much of a character itself as the random people the men come across on their ghost hunting adventure. 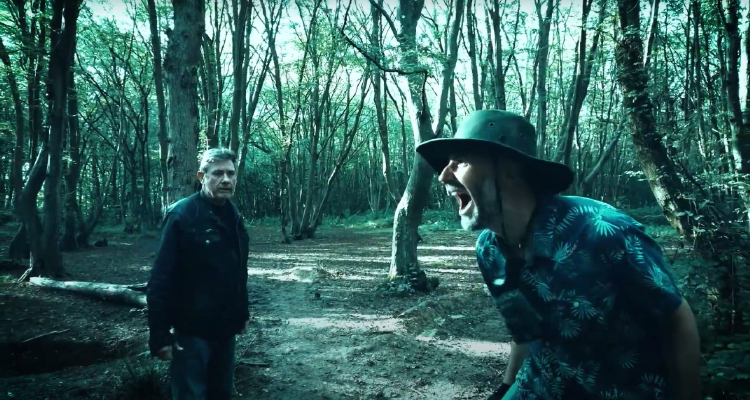 The quick-talking humour continues as they attempt to contact Holly, all while framing the perfect (or adequate) shot. Unexpected threats within the woods cause George to become somewhat of a bodyguard for Peter, and this is where Austen really shines. I wouldn’t want to mess with him. His intense and determined attempts to stop the constant intrusions on their project leads us to the climatic end. I won’t spoil that though, you should check it out yourself.

The runtime could have been tightened and, as with most low-budget indie shorts, there are sound issues that are apparent. The strengths of Flowers for the Dead lies within the script, music, and camerawork, confirming this filmmaking duo is one to keep an eye on.