Writer / Director Luana Di Pasquale serves up a compact, clever and haunting little tale with Keep Mum. This psychological piece applies the adage of ‘less is more’ perfectly, and results in a fantastic example of British indie horror done right. 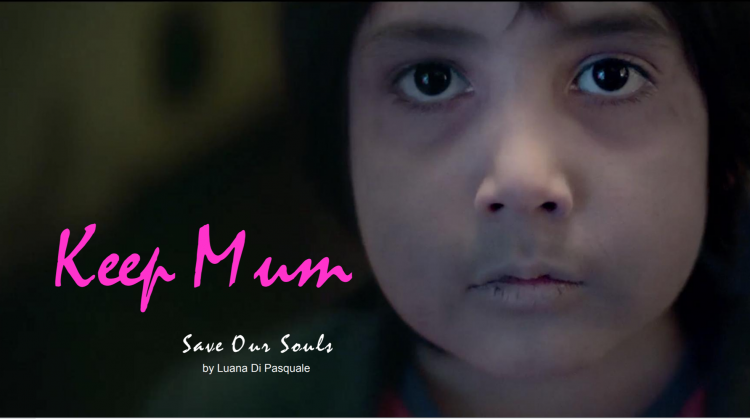 The film takes place in the confines of a suburban family home at Christmas time, as we are dropped straight into the confusion along with our nameless protagonist.

The house looks as though it has been trashed by the eponymous Mum as she drunkenly staggers around the home, her plain white shirt resembling a butcher’s apron at the end of a busy shift. We watch the aftermath of a violent, traumatic incident slowly unfold, serving chills and remarkable visuals along the way.

Keep Mum is largely a one-woman affair, as we follow Nadira Murray’s character through this whirlwind of loss and confusion. It is a strong performance on which the short hangs, as she flits through various stages of confusion, terror and ultimately a wrenching realisation of the reality she has been thrust into.

Murray shares the screen with only her son, a pale and insistently creepy child who joins the pantheon of scary-bastard children that the horror genre seems to revel in. 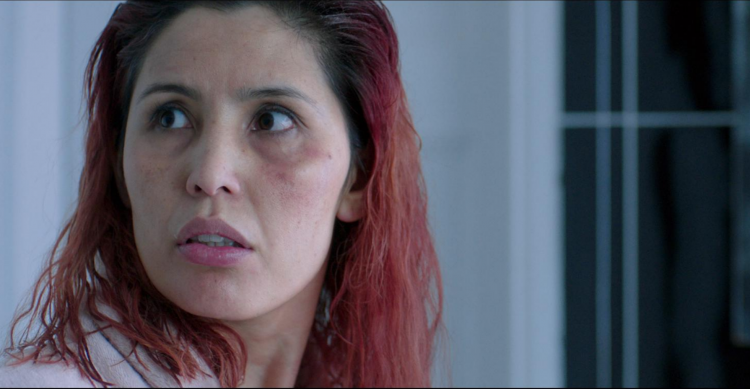 Although the film is confined mostly to the family home, inexplicable visits to the seaside break up the claustrophobic atmosphere with their seemingly endless vistas and ambiguous locales. Murray’s isolation is heightened by these external shots along the gorgeous coastline, the sense of her confusion shared by the viewer as we struggle to understand her plight.

The film is uninterested in big jump scares or gore, but more focused on delivering a wonderfully slow building, creeping dread and an atmosphere so thick you would need an axe to cut through it. The score is underplayed and unobtrusive, adding to the horror of the piece without overwhelming the performance.

When Keep Mum builds to its crescendo, it does so with a menacing, quiet insistence. Director Luana Di Pasquale uses her voice here to tackle a story rooted in the very real horrors of domestic violence and does so in a reserved and poignant manner.

The film dances around the events that have led to our main character’s descent into chaos, serving up an ending that is haunting for reasons that become clear in the short’s final moments.

Keep Mum is a film whose final moments will remain with you long after the credits appear, a painful sadness that washes over the horror like the waves of that endless ocean, crashing against the shore.