Last Orders, directed by Jon James Smith, is a mysterious film filled with tension and dread throughout its 20-minute run time. Actor performances, sound design, and the location of a creepy after-hours pub all combine to create one of the best indie shorts I’ve had the pleasure of seeing this year. 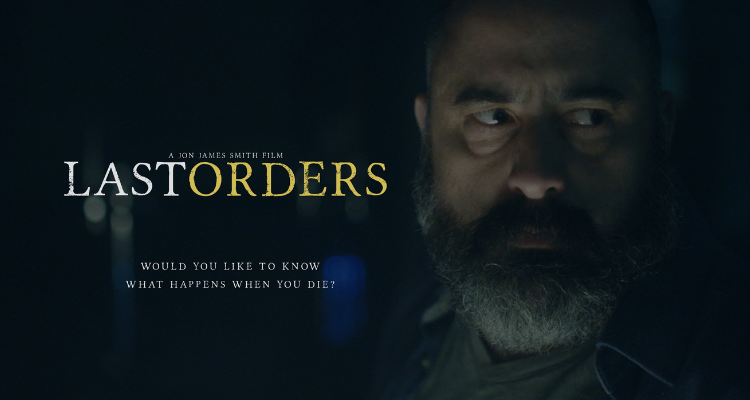 Last Orders is broken down into six chapters, starting with the very short Chapter One entitled ‘The End’. The opening shot of a simple basement sink is voiced over by a menacing reading of a biblical verse, which is quickly interrupted by the sound of a gunshot and a thud.

Chapter Two brings us to an almost empty pub where the landlord Daniel (Alastair Parker) is about to shut up shop. A mysterious man (Steven Elder) sat at the bar tells him that they are old acquaintances and relays to him how they have crossed paths in the past. Elder’s piercing eyes and quick smiles add to the err of mystery that surrounds his peculiar persona.

As quickly as this old acquaintance has re-entered Daniel’s life, he disappears, leaving Daniel with questions about his life’s memories and mistakes. 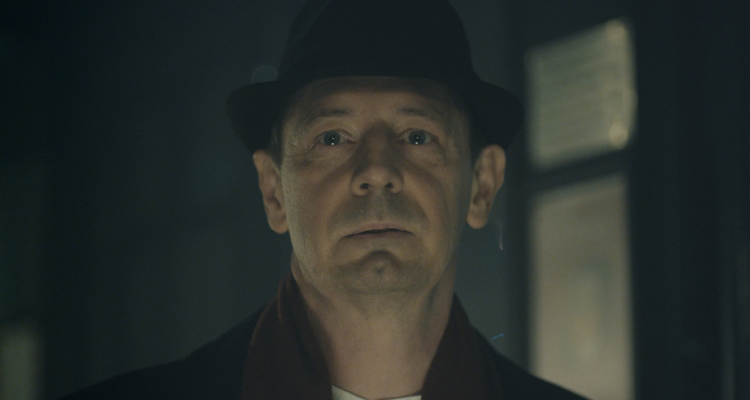 The following chapters have us following Daniel as he fights with the skeletons in his closet and perhaps something from his past which has come back to haunt him. With flashlight in hand, he inspects the pub hoping to confirm that he is alone. The shadows and reflections from the typical bar items create an eerie atmosphere which is highlighted by the tension building score and sound design. The thick atmosphere is unexpectedly interrupted by a well-placed jump scare which did exactly what it was intended. I jumped.

While at times the violin queues can be a bit heavy handed, the pub basement serves as the perfect stage for diegetic soundscapes to keep you on the edge of your seat. The unrelentless drippings from the water tap, the constantly running fan, and metal clanging all leading up to the scraping on the concrete floor. Is it a keg or air tank being dragged around, or something much more sinister? 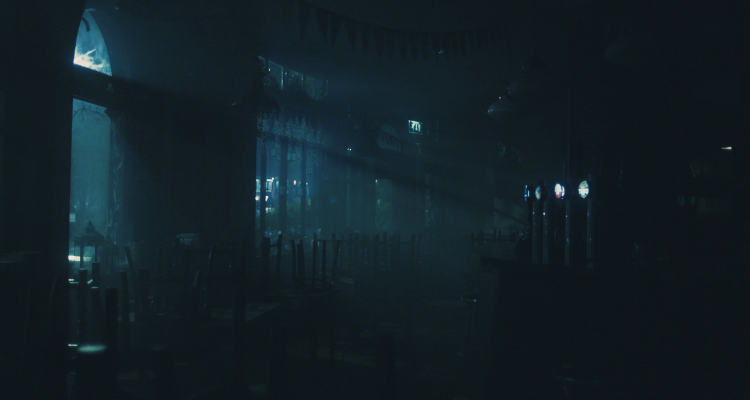 Last Orders takes place mostly in one location and this creepy, dark pub is the perfect setting for these mysterious and perhaps supernatural events. The juxtaposition between the shadow-filled bar and the dream-like flash backs create even more dread while the signs of everyday life from the traffic outside imposes a feeling of isolation and imprisonment.

With very little dialogue after the first scene (minus the ominous voiceovers introducing each chapter), a lot hinges on the silent performance of Parker. His expressions and gestures bring us into the story and make the audience understand his character. He shifts between burly and intimidating to scared and vulnerable dragging us even further into his world. 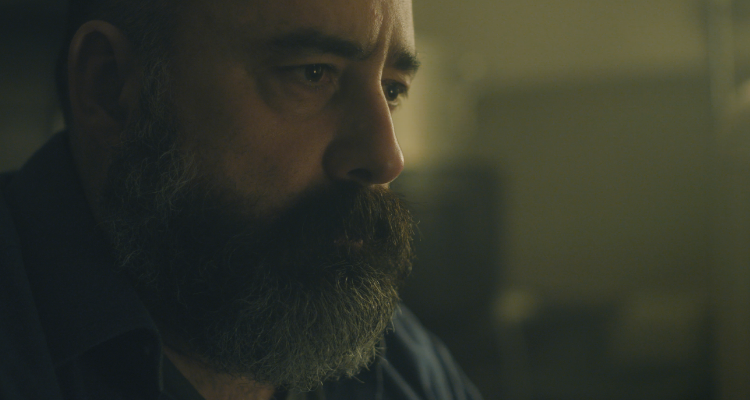 Throughout Last Orders, Smith plays with the audiences’ expectations to keep us guessing how this story will end. I don’t want to give anything away, but my favourite scene is one where nothing happens when you think it will. Let’s just say the camera pans to and lingers on a white tiled wall where we of course expect it to be splattered in blood within seconds. Smith understands the genre and what works well within it and utilises this knowledge to make a well-paced film.

In his director statement, Smith says that he hopes this film will be a beacon for future collaborations and we certainly think this will be the case. Last Orders has proved Smith as a talented filmmaker with a range of skills in the various roles he took on to complete this short.

Last Orders won the first ever Skully Award at this year’s LHS Indie Film Showcase. Smith is certainly a director to keep your eyes on and we can’t wait to see what he comes up with next!

Keep up to date with the Last Orders website and socials for any news of upcoming screenings.