Man on the Moon is perhaps the short, animated version of what a marriage between It’s Always Sunny in Philadelphia and South Park would look like. It’s insane, unrealistic and over the top story is exactly what makes the short so fun. 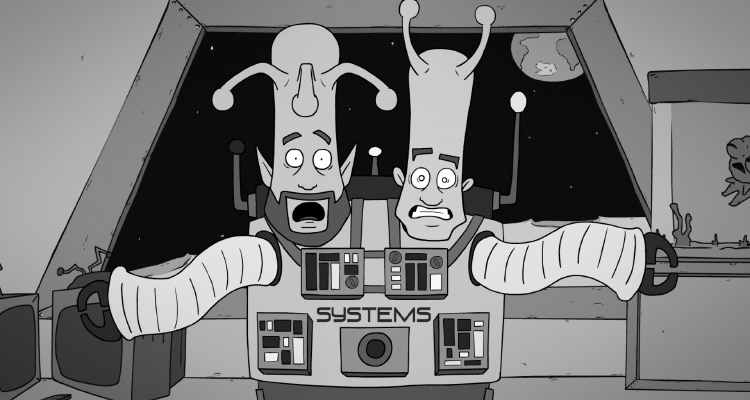 The filmmakers behind Man on the Moon are Sean Conway and Nathan Hull, who are also the makers of Goat King Writers Club, the self-described ‘loosest storytelling show in the land’. Man on the Moon is arguably a sort of Frankenstein monster in the sense that the idea behind it was a mix of nonsensical stories featured on Goat King Writers Club that were tied together with a narrative of an alien species entrusted with watching over different human realities on Earth.

The story starts with aliens learning that humans are now toying with a time machine. Appalled by what this could mean, the aliens immediately watch the humans to see what damage has been done. The short shows us a man holding a time machine and he says he will finally kill Jesus. As he says that, Jesus, in the form of a ripped cyborg, appears and obliterates the man with his killer sperm. From there on you can’t imagine where the narrative will take you. From baby Hitler’s assassination to Albert Einstein’s hyper-masculinised, gun-crazy, German-killer self… Man on the Moon does not care about any PCness. 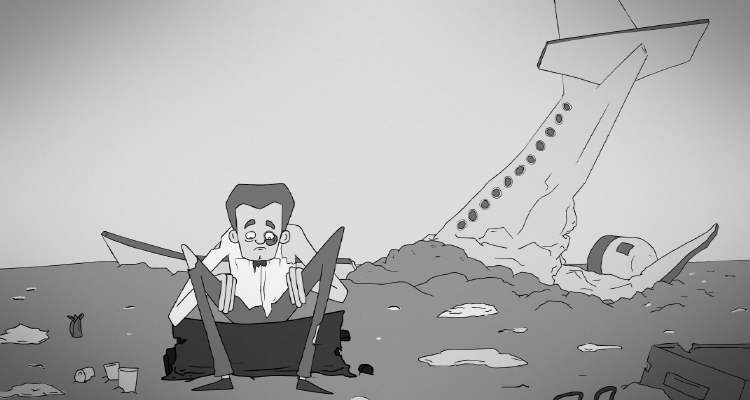 The beautiful work with the animation deserves a mention here. Oliver Jackson is the person behind it and he creates a visual universe that is simple and fosters an atmosphere which contrasts, and yet complements the deranged story. Likewise, the sound and music, done by Hayden Douglas and Jacob Lizotte, respectively, know when to blast electronic guitars and when to withhold any extra-diegetic music and leave the silence to become its own character.

Man on the Moon might not be everyone’s cup of tea and it will certainly raise some eyebrows. Nevertheless, it is a fun seven-minute short film that will make you chuckle.

Watch this space: the filmmakers are planning on pitching Man on the Moon as a short series for TV or online platforms, as well as hitting festivals this year.