There was something so cathartic about watching Sunburn, especially during a global pandemic and as I currently sit in my room with the shades drawn.

In this short film, mother and daughter are at risk when an airborne pandemic causes them to become deathly sensitive to sunlight. Carly (Annabella Rich) and Cam (Melinda Rich), the mother and daughter duo are two YouTubers/influencers who start off too cool for school and doubting the seriousness of the situation. I’m sure many of us can relate to that, however, luckily, the similarities stop there. 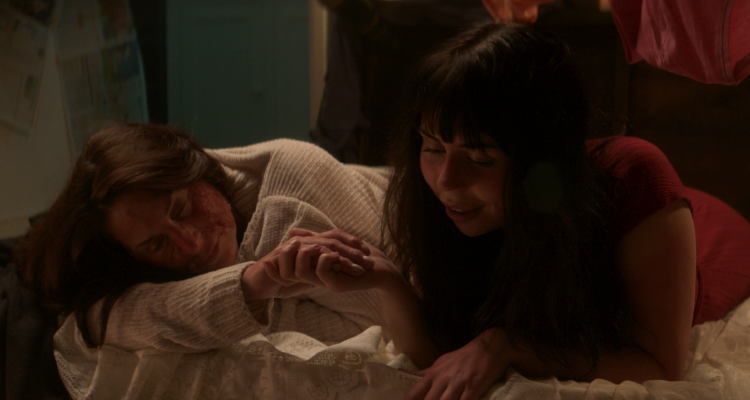 As the days go on, they report through videos that the government are supplying them with food and essentials but the help stops before the one-month mark. Mother and daughter are now stuck at home, with burns all over their bodies, as they plead for help online.

Sunburn’s director, Rob Ulitski, who also did the SFX in the film, captures the different stages of the pandemic through the characters’ moods – first both Carly and Cam start as fun and daring, then they slowly become apathetic until they are completely powerless. This depiction is very bleak and the stakes both characters face are extremely high, as we can see from the marks on their skin.

Annabella Rich plays Carly perfectly as both the fun YouTuber and the terrified daughter of a dying mother. And Melinda Rich’s portrayal of Cam as the typical mum who wants to fit in with her daughter and supports all of her endeavours is pleasant to see, especially how it contrasts with her fate. 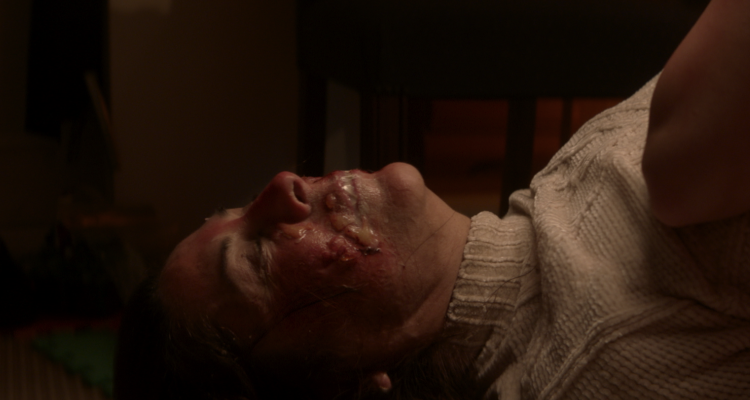 Both actresses are great here, they are annoyingly fun in the beginning – just annoying enough that I sympathise with them, and fun enough so I want to find out what is going to happen. The cinematography is also a high point of the film. Terrence Wilkins, DOP, conceals the bruises to present us with a shocking ending.

With only four minutes, the atmospheric horror – Sunburn – is engaging and offers a good mechanism to purge some of the Covid-anxiety by presenting the characters in a similar, but much worse situation than us.

Sunburn is available to watch now on Vimeo.