After the success of 2019’s intriguing and fascinating horror-short, Ruptured, James Mansell returns to provide another slice of genre goodness in the form of the relentlessly bleak animated short, The Corridor. 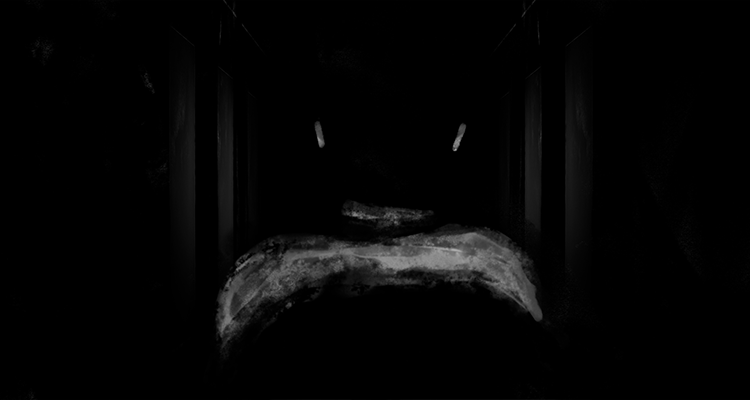 We follow a nameless narrator down a seemingly never-ending corridor that has become both his home and his prison; time has lost all meaning in the corridor, all that remains is the relentless march towards nowhere. Countless doors are passed by, all locked and impenetrable to our lead.

The narrator can sense the presence of another, a woman for whom he longs in the darkness but shall remain ever out of reach. Perhaps more worrying is the scratching of rats in the walls and the chilling laughter of unseen children who appear to be stalking his every step down that long, never ending stretch. And just as his desperation gives way to despair, the audience is allowed a larger view of a world that the narrator will never see.

The artwork by Hakim Ismail is truly astounding in the piece; a chalk drawing come to life, the harshness of the narrator’s plight is rendered hauntingly beautiful with Ismail’s skill. The flickering black and white animation, where scenes and moments seem to bleed from one to the next, makes a stark impact on the viewer and creates a disorientating feel that is mirrored by our protagonist’s experience.

James Mansell’s script is direct and succinct, delivered with an almost detective-noir style by Hakim Ismail. The soundscape of the film, whether the creepy laughter or terrible scratching, is ably matched by a haunting score by Grey Frequency that really tie the piece together and creates a short that is as stunning as it is bleak. 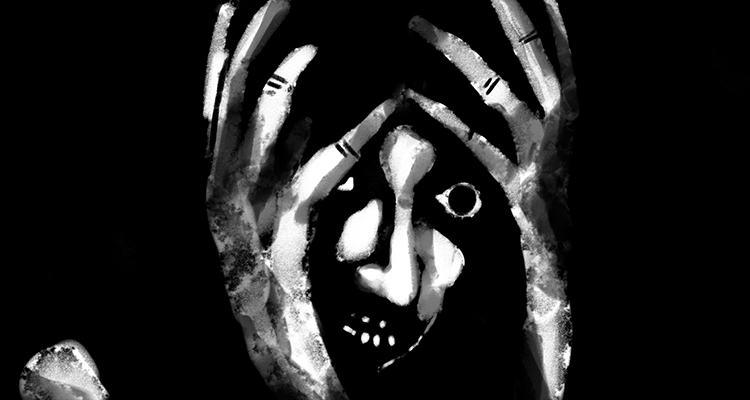 While its short runtime removes the opportunity to flesh out the details of the narrative, The Corridor’s strength perhaps lies in its abstract ambiguity. While there are no hard and fast explanations in sight, the viewer is invited to read into the film whatever they choose; whether an allegory about our modern world’s disconnected nature or a haunting glimpse into the essence of some linear purgatory, the film’s closing shot will fill you with a crunching sense of horrible inevitability.

Mansell and his team have assembled another impressive piece of work, one that might stir some existential dread in the hearts of all who see it.