Having previously completed the short Sunburn during the height of Covid-19 which explored the fears of the pandemic in a less overt way, Rob Ulitski now delivers The Kiss. This new short delves into the heart of the anxiety most people might be feeling as things are threatening to go back to normal. 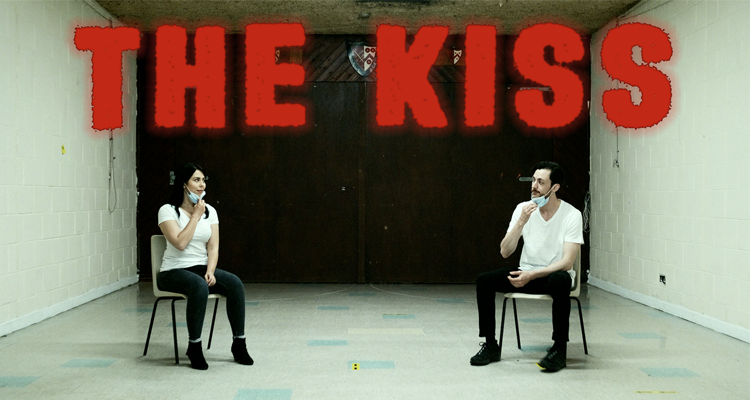 The Kiss opens with two strangers sitting in opposite sides of a room. White and black walls enhance the claustrophobic feel and create a sterilised atmosphere so common to horror films. The strangers wear masks and look at each other. Their clothes are exactly the same and match the walls – a white t-shirt, black jeans and black shoes. Neither the woman nor the man have a name. The film is saying that they could be anyone. They could be any of us.

The voice over reveals they are going to kiss and from then on the film jumps into horror – the woman fantasises about what could happen once they kiss. Will their actions cause another outbreak? Will they kill their loved ones? I am sure these thoughts are familiar to many of us, not necessarily when kissing strangers, but when trying to regain some normality to life. In Ulitski’s short, the woman’s anxiety is portrayed with absolute horror elements – blood, violence, and insects – however it all seems a better option than to cause another outbreak.

In the opening of the film, the voice over reveals to be from the woman as she confesses her anxieties prior to the epidemic, and how they contrast with her fears now. They have jumped to basics – socialising, shaking hands, hugging. As she is about to kiss the stranger she questions whether it will be beautiful or whether her violent tendencies will take over, whether something will escape their throats and they will vomit vile creatures.But, most importantly, whether they will cease to exist. With each option offered, Ulitski makes sure to depict it in some way – the film shows the two characters vomiting blood, crawling, insects coming out of their mouths. This reminded me of Mike Flanagan’s Hush when the protagonist imagines the various ways her stalker could kill her. 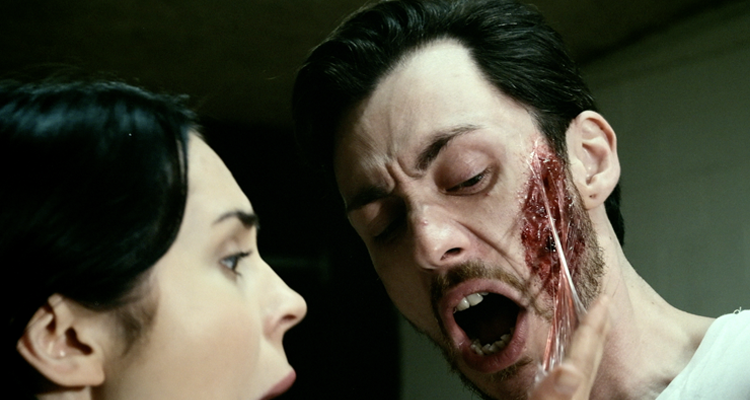 The interesting thing in this short is that it does not show what ends up happening. The voice offers a positive possibility that it could ultimately be beautiful. Indeed the last shot of the film certainly conveys the feeling of positivity, but to finish the film feeling happy would be wrong, especially as the film presents so many things that could eventually go wrong. Ultimately, The Kiss is a representation of what goes on in our heads – the unpredictability of the uncertainty and the hope of the better outcome.

Ulitski’s The Kiss is like a shot of adrenaline – the score and the editing took me back to horror films of the early 2000s, especially Resident Evil. The sense of urgency captured in each camera movement edited together with the music create a sense of now or never (or, more suitably… life and death). As his previous short, Ulitski creates a film that is both entertaining and poignant.

Check out The Kiss on Vimeo now.