“There is someone walking behind you, turn around…..” croons American country legend Glen Campbell over the opening scenes of Tom Oxenham’s terrific horror-comedy short, The Nicky Nack. The song returns to play over the short’s closing credits, it’s sinister refrain wonderfully reframed as a ghastly punchline to what is a clever, creepy and funny five-minute film. 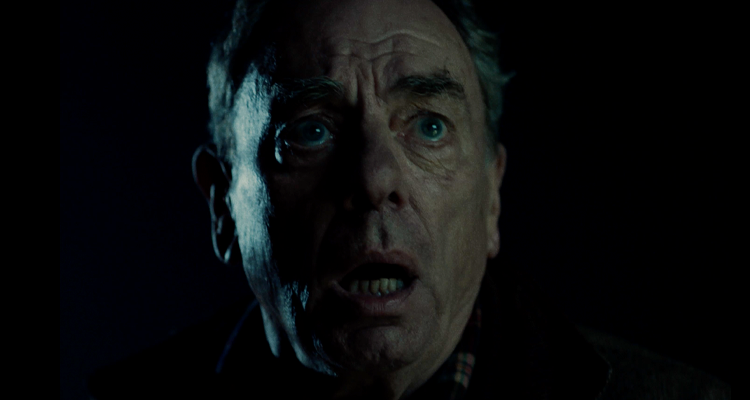 The ever reliable and always great value Alun Armstrong (Possum, New Tricks, and a million other films where you know him as ‘oh that guy!’) plays our central, unnamed character who is enjoying a night out in his local boozer, The Nicky Nack. Hanging on the wall of the pub is an ominous olde-looking poster from 1693, warning of TERRIBLE THINGS in the area that might not be as affectatious as it first appears.

At closing time, he stumbles into the fresh night air, stumbling over his own feet as the evening’s inebriations begin to take their toll. As he wonders home, he is stalked by an unseen supernatural presence, a creature that seems to be forever just on his heels as he races back to the safety of the pub he has just left. As our hero tries to outrun the devil, he is terrorised only by the demon’s haunting taunt…..

The Nicky Nack is terrific fun. Wonderfully shot on location in Durham, the short looks amazing; the pub where our story begins is a fantastic snap-shot of a particular kind of venue to be found up and down the land. If it wasn’t for the fact that it was shot in England, I would swear I’ve picked my Grandad up in that very bar. It feels lived in and authentic, the décor and clientele recognisable to Brits across the country.

Co-written by director Tom Oxenham and Hugo Nicholson, the short is delivers on all fronts. Purportedly based on actual events from 1952, the film’s true-story status adds yet another layer of surreal folly to proceedings. Horror and comedy are always such a difficult mix to get right, but the tone of The Nicky Nack is established from the off and its unusual charms are evidently quickly. Landing on such a neat punchline can be a tricky affair, but the chuckles it elicits before Glen Campbell’s dulcet tones return are well earned.

Our protagonist’s race through the abandoned streets and country lanes are beautifully shot in the moonlight, the misty presence of some unseen other is expertly hinted at behind every parked car and every bushy thicket. The tonal shift from light-humour to horror is well handled, with the arrival of the nicky-nack at the mouth of a tunnel in a dark and abandoned country lane being genuinely full of dread and panic.

All of which makes the final rug pull even better. 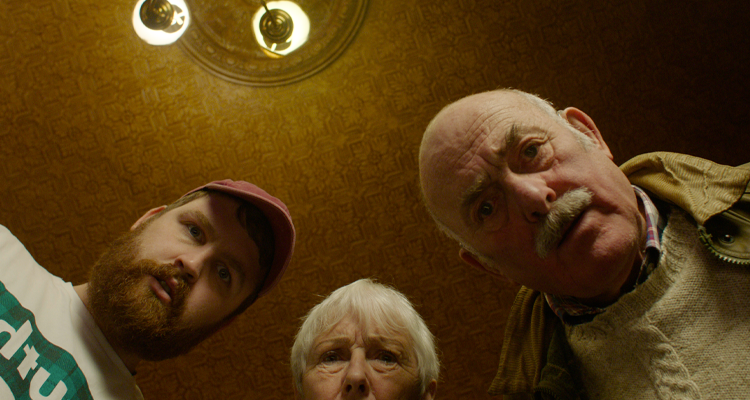 Alun Armstrong delivers an expressive and charming performance as our lead; the film plays out without dialogue, so Armstrong’s face does a lot of heavy lifting in conveying the plight of our main character. With nary a word uttered, Armstrong’s weathered features convey a tsunami of expressions as he runs an emotional gamut with the Nicky Nack growing ever closer. A veteran actor of any genre, he is a welcome screen presence that adds a little weight to the story.

As the creature in question remains (largely) unseen, the film relies on its wonderful sound design to hang the piece together. Out with the clever use of licensed songs, Sound Designer Timo Säilä gets the most out of the minimalism of the film. The crunching footsteps of the country path, the haunting whistle of the wind that may or may not hint at the presence of some terrifying other, every ambient noise is exploited until the nickynack-nickynack-nickynack makes itself known.

Debuting at FrightFest later this month, The Nicky Nack is an exciting offering; Tom Oxenham has created a fantastic short that does more in five minutes than many films do in ninety. I look forward to seeing his talent at work on a longer project.