Cards on the table: I’m a sucker for a good folk-horror story. From the unsettling behaviour of the inhabitants of Summerisle in The Wicker Man to the blended folk-horror of Ben Wheatley’s Kill List, it is a genre that is diverse and rich with fright.

Where Still Waters Lie is a short story of a struggling couple who whisk themselves away from the hurly-burly of modern life to try and spend a little time together in the countryside. Emily (Carolyn Bracken) is haunted by a traumatic event in her recent past, while Bruce (Edwin Mulane) does his best to paper over the cracks of their struggling relationship. 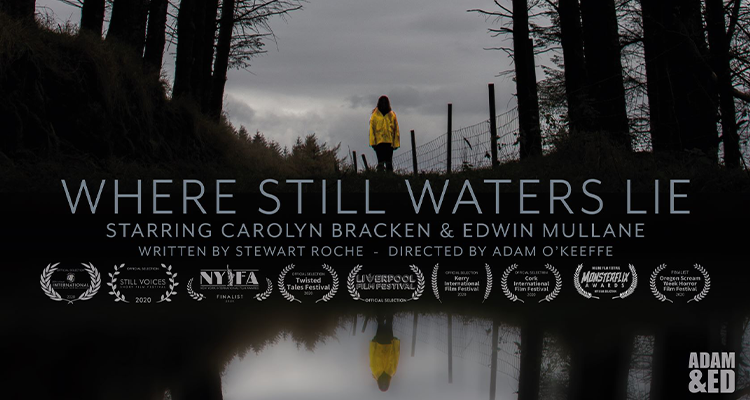 A constant sense of unease exists between the couple long before a mysterious yellow-clad figure begins to haunt the periphery of their world, creeping towards a disturbing and lingering conclusion.

Director Adam O’Keefe creates a creepy and affecting tale in short order, filling the film with the kind of scenery that any horror filmmaker worth his salt would be envious of. The drab, permanently raining Irish countryside gives every moment a sense of inescapable doom, with the flashes and glimpses of an ‘other’ compelling the viewer to keep their eyes peeled in every frame. The cabin the couple find themselves shacked up in for the weekend is suitably creepy, verging just on the right side of ordinary as not to raise alarm bells with anyone but horror aficionados. 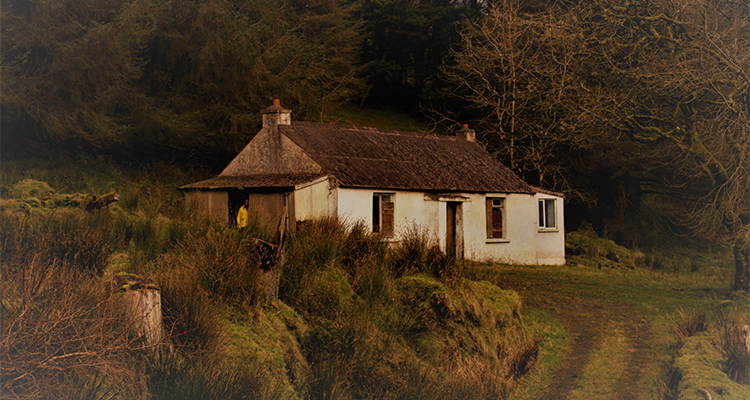 Stewart Roche’s script is taught and economic, conveying the weight of the couple’s lives and problems with a minimum of fuss while never losing the colour or reality of the moment. Carolyn Bracken and Edwin Mulane are excellent as a couple who have become increasingly disconnected to each other, with the mundanity of real life stifling their relationship.

A dinner scene between the couple feels painfully real, as strained small talk gives way to bubbling frustrations and anger. They feel lived in and real, and as the film marches towards its unsettling ending the audience can’t help but feel for their plight. While the subtext of the film bleeds into the horror the couple encounter, the script works well enough as a horror story on its own for those looking for a creepy tale. 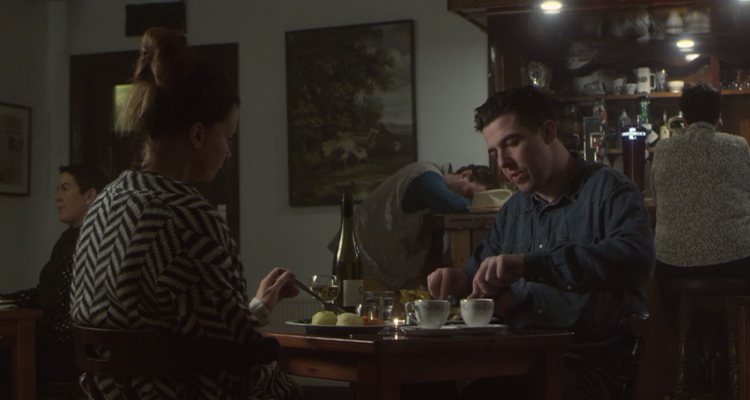 The film ekes out its secret’s slowly, with the truth behind the cabin the couple share being hinted at in hidden letters and voices in the dark. When the tight-lipped locals at the pub finally open up on what may be going on, in true horror movie tradition, the tale is already drawing to close.

The soundtrack is filled with quietly haunting tones, imbuing seemingly empty spaces with an ominous and uncanny air. It’s rare that a film can boast one of its most effective and lingering moments during the end credits, but Where Still Waters Lie pulls it off admirably.

As the music fades and the credits roll, our imaginations are left to fill in what may be happening behind the black screen, with only the sound of terrified voices lingering in the air. 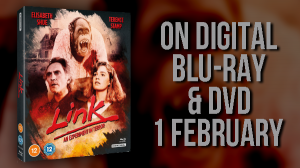 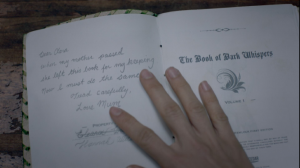