Horror films are often harshly criticised by their audience. They’re not scary enough. The monster didn’t look real. “Oh look, their mobile phones aren’t working AGAIN!”. It seems that every trope presents another chance to declare that “horror films are stupid, they are always the same!” However, one type of film that seem to avoid this ridiculous blanket reaction, whilst delivering some real scares are short horror films. 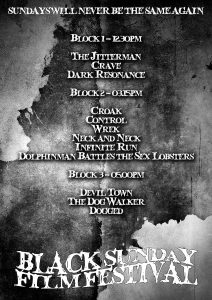 Here at The London Horror Society, we love short horror films.  We’re proud to have been able to screen some of the very best from the UK at our events, but there also seems to be a more general demand from genre audiences to see them too.

The short film Showcases at the Frightfest film festival are often oversubscribed, whilst new film festivals are popping up that place a real emphasis on shorts from the get-go too.

So what has brought about the rise of short horror films?  One simple answer is that they’re often a far cheaper way for filmmakers to make their art.

But also, with the evolution on how we consume content via YouTube, Amazon Prime etc, short horror films can provide a gateway into making a feature.

But a quality short does not necessarily guarantee the same from the feature.

Lights Out is a 2013 short directed, written and co-produced by David F. Sandberg. Sandberg has directed other successful shorts, such as the Cam Closer, Pictured, and Attic Panic in 2015. But it was Light’s Out that propelled him onto the path to feature film glory.

Sandberg and his wife, Lotta Losten, who also stars in the film, created the short to enter competition. And although it didn’t win, it went viral on YouTube and Vimeo, jumping from 8,000 to 1 million views, which of course drew attention from Hollywood producers. They insisted on a feature version of the film – production started in 2015 and the film was released in 2016.

The short version is an example that understands its format and works well within its limitations. We don’t get the chance to start to really care about the woman enough to question her actions, or question who and what the monster is – for three minutes we simply go with it.

However, the same can’t be said about the feature equivalent. Although I enjoyed it, there are many things wrong with it. It explains too much – it feels the need to give all of the information on a silver platter to the audience, not letting us put the pieces together in our own minds.

Also, are we not tired of explaining different films with the same backstory? “Something happened when they were children”, “they were mistreated”, “they want revenge”, “they were misunderstood”. We get it.

Perhaps the short film is more interesting because it doesn’t feel the need to explain anything, it focuses on scaring us and delivers it perfectly. The feature film takes away that element and, instead, it underestimates the audience, chewing every bit of information with voice-overs and flashbacks.

In a nutshell, Lights Out forgets the essence of the short, which is to scare us and be a fun experience, and tries too much to ascertain itself as something more than it needs to be.

Having said that, Andy Muschietti’s 2013 adaptation of his own short film, Mamá, presents a different side of the argument. Muschietti wrote and directed the short film in 2008 and it caught the attention of Guillermo del Toro, who jumped on board as the executive producer after saying that the short had one of the scariest scenes he had ever seen. 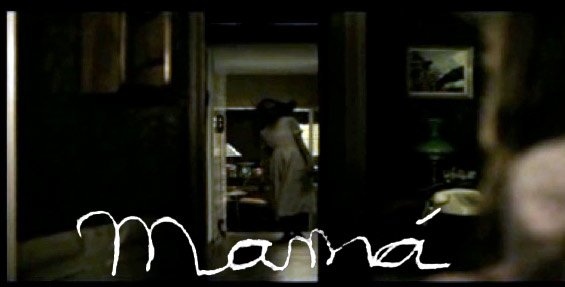 Del Toro was not wrong, the short film does the job of frightening viewers very well, toying with our expectations established in the beginning when seeing the innocence portrayed by the kids.

The feature film, although it again explains a lot, has more faith in the audience and leaves many things for us to put together on our own. Despite the fact that the film is not completely original – many of the tropes are borrowed from great films (weird noises, a mold that grows and moves, objects coming from the shadows) – it works well and we forgive the mistakes in the plot as it is an interesting and fun film to watch — that’s where it’s different from Sandberg’s feature.

It almost seems that Lights Out is unaware of other horror films and tries to stand up on its own, whereas Mama acknowledges and borrows from them, building a foundation to stand on.

The two short films share similarities too. They are both three minutes long, and they are genuinely scary and effective on their own. Lights Out didn’t leave much to work with, therefore it could have used the primal fear – fear of the dark – in the feature storyline, but it decided to create a backstory about a mistreated child.

Mamá had different avenues to explore the reasons as to why those two small kids were afraid, and who Mama was. Perhaps this is key to understand the superiority of Mama when adapted into a feature film – the short film seemed like a scene from a bigger project, it didn’t have an ending, which left things open, including the audience’s imagination.

Lights Out, on the other hand, although it is a very good three-minute thrill ride, has an ending and after the credits roll, the story is finished — we don’t care about the character anymore. This doesn’t lessen the film, but it proves that some short horror films should be left alone in their own format. They are simple, effective and know their own limitations, and we accept it.