As mentioned in the previous article, Creepshow was beloved by many but was Creepshow 2 as successful? Let’s have a look.

The film opens with The Creep coming into town with freshly printed stories for a boy called Billy. The segments are now downgraded to just three tales. 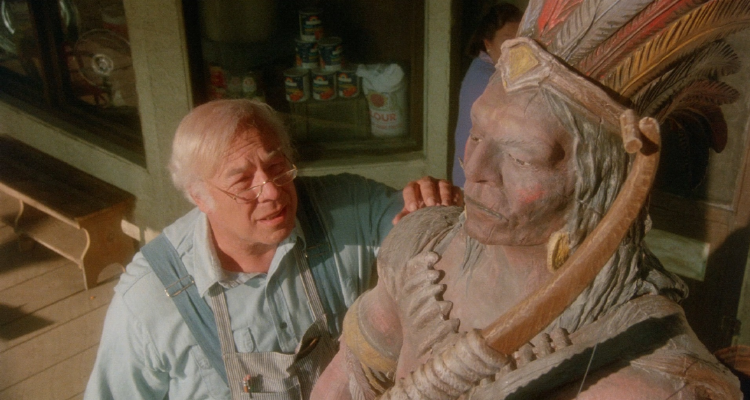 We start with “Ol’ Chief Wood’nhead”, which can be seen as a bit problematic… An older married couple, Ray (George Kennedy) and Martha (Dorothy Lamour), run a dying convenience store in a once prospective old town, and seem to be fairly decent people.

Kennedy puts on a much more robust performance than Lamour, with his more compassionate views on the Native Americans and their store troubles, while Lamour is more one-note. Kennedy gives a powerful performance, remaining loyal to his beliefs until the very end.

This segment shows us the reality that many Native Americans faced. A land that is stolen from them by white Europeans, who take all that they can from it and leave the dying corpse for them to deal with.

This story revolves around the treasure Ben Whitemoon (Frank Salsedo) has given to the married couple as insurance for a debt. Three punks come and rob the convenience store, the leader being Sam (Holt McCallany). Sam is the nephew of Whitemoon and is a revolutionary criminal, who does not like the legacy left for him, so he robbed the convenience store for funds.

Sam is looking to go to Los Angeles to become a model. After pointlessly destroying the store, Sam demands that the old couple give him his uncle’s turquoise, but Ray declines. The couple are killed, and the jewellery is taken anyway.

So who is Ol’ Chief Wood’nhead? He is a vast wooden mascot for the store, and he disapproves of what had happened that day. This gives him the power (I think), to come back to life and exact his revenge.

This is an average segment of the trilogy. The set-up and the action take over most of the run time, leaving only a few minutes spent on the old couple’s murder and the revenge dished out by Ol’ Chief Wood’nhead. But, the effects used to bring Ol’ Chief Wood’nhead to life are beautiful. 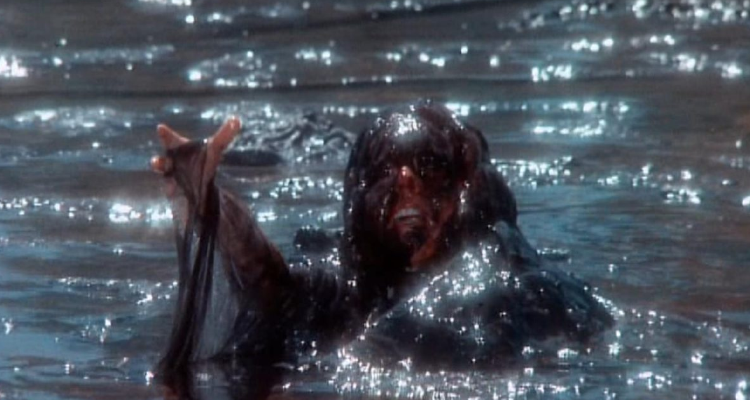 What follows is my favourite segment, “The Raft”. It is undoubtedly one of Stephen King’s more interesting short stories. It certainly did not seem one that would translate well to the screen, but it kind of did.

“The Raft” follows four college students who go to a lake in the middle of nowhere, out of season, for a swim. While splashing about in the water, they are soon confronted by an oil-slick style black blob coming for them. Soon things take a turn for the worse as the blob keeps picking them off one by one, until only two remain. The survivors have to defend themselves overnight, deciding to wait for morning to swim back to shore.

This is a cautionary tale about being where you should not be. The story has considerable tension and suspense as the college kids have to decide their options, including sacrificing one or more group members.

This also has the 80s horror film trope of gratuitous moments of tits and gore. Maybe that is why it is my favourite. This is most evident in the scene where Randy (Daniel Beer) decides to cop a feel of sleeping Laverne (Jeremy Green). The only way her days gets worse is when her face gets eaten off by the deadly blob. 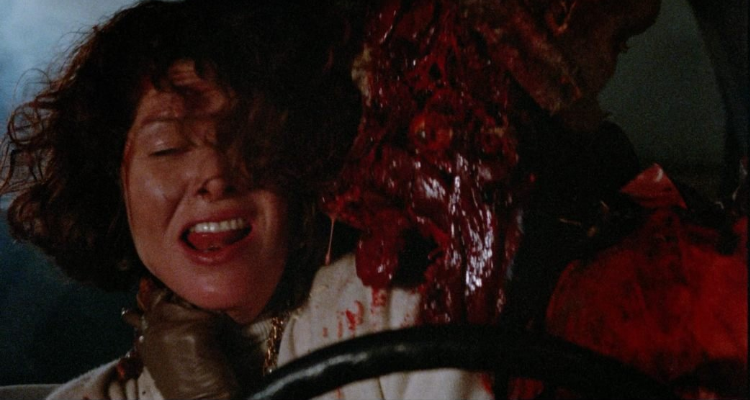 We wrap up Creepshow 2 with “The Hitchhiker”. An affluent socialite, Annie (Lois Chiles), is racing home after spending a little too long with her gigolo lover. In her rush to beat her husband home, she accidentally runs over a hitchhiker (Tom Wright), but gets freaked out by the presence of other vehicles and drives off. The hitchhiker returns to get revenge, and the chase is on.

Every time Annie feels that she has lost her zombie stalker, he reappears with this catchphrase “Thanks for the ride, lady”. This story starts robust and generates some astonishing momentum before becoming repetitive, in both the acting and Annie’s theatrical rant between right and wrong. I was waiting for her to start saying “Out damn spot”.

Like “The Raft”, it has a fair amount of gore, not holding back any punches, as Wright is seen in various worsening states. Unfortunately, Chiles seems to be channelling Faye Dunaway’s Mommy Dearest and is too over the top to make this story enjoyable. 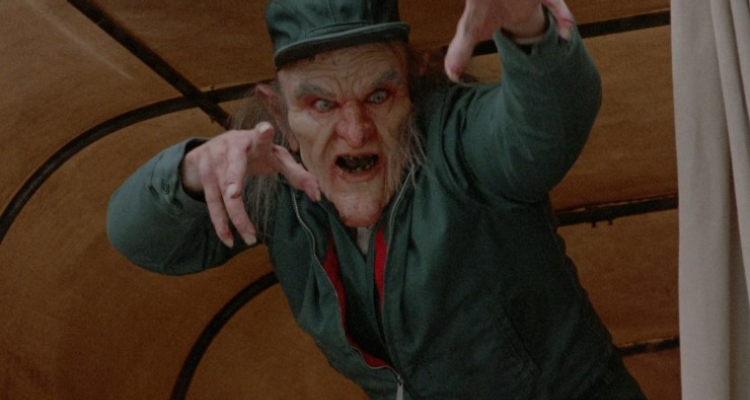 Ironically Creepshow 2 feels more like a water-downed version of Tales from the Crypt episodes than a Creepshow sequel. I mean this version even has its own live-action Creep, played by Tom Savini.

One of the crucial points to this anthology is Les Reed and Rick Wakeman’s musical score, which changes and converts with each story. The best example of this is the music for “Ol’ Chief Wood’nhead”: the tragic scene has a plaintive score. Later on, we are treated to violin screeches during Ol’ Chief Wood’nhead’s revenge scene.

Again, Romeo uses King’s work to give us a satisfying anthology that may not terrify you, but it will undoubtedly entertain you. Plus, we still have a King cameo, this time only as a lorry driver in the segment “The Hitch-Hiker”. Thankfully, a lot shorter than his feature-length performance in “The Lonesome Death of Jordy Verrill”.

There is a tame feel to the whole piece that makes it an average film, but nowhere near as bad as what follows. Unfortunately, neither King nor Romero is anywhere near the final of the Creepshow films, and boy does it show. It is a Creepshow in name only, and we’ll delve more into that next week…