The fact that neither Stephen King nor George A Romeo has nothing to do with Creepshow 3 should be warning enough. But, if you want more reasons not to watch it, then just continue reading.

From the opening low quality “animation”, confusion ensues. The animation shows a hooded kid grabbing a dog, and then we see the kid at a hotdog stand, with The Creep as the hotdog vendor. That is all we are getting as a wrap-around story. And, unfortunately, we are back to having five segments, instead of three. 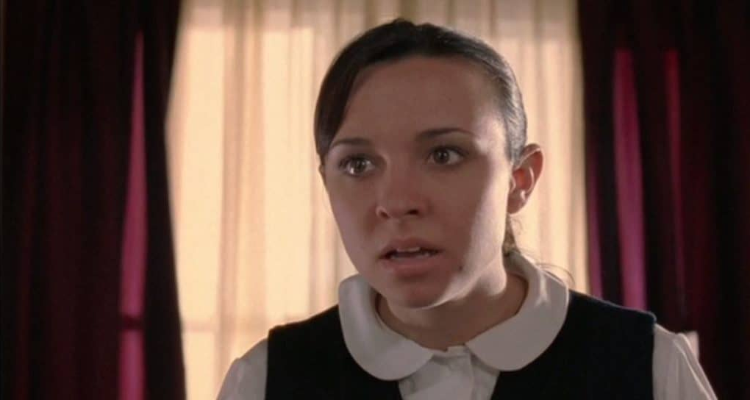 The first segment is “Alice”. The titular character is a typical angry teen, annoyed with her family and neighbourhood, as they appear to treat her unjustly. Things change for her when she discovers a mysterious remote control that changes the world around her and leaves Alice a gelatinous mess.

Ok, that is not quite the end of the tale. For reasons never explained a professor arrives to turn her into a rabbit. Already at this point, I am past caring about anything after sitting through this inane and tedious tale. Although, to be fair, the effects of Alice changing are lovely looking.

This is followed by “The Radio”, where a drifting security guard buys a radio that builds his confidence right into the path of murder. Early on, this feels like it could be a promising premise, but it does nothing with the tale of a radio telling a man what to do. The segment is predictable, with very little fun along the way. 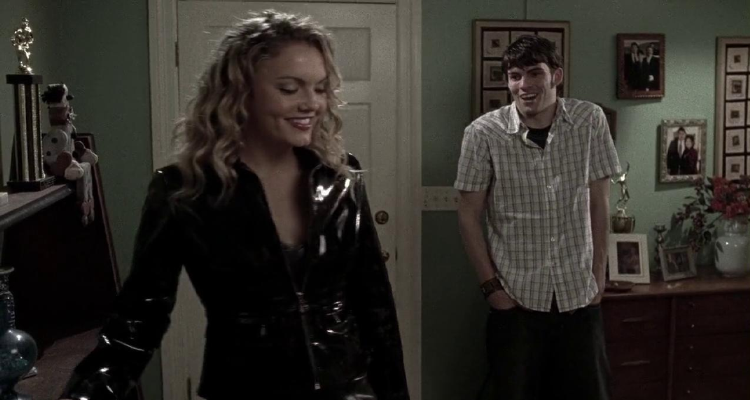 Our next tale, “Call Girl”, is all about a call girl who enjoys murdering people. She picks up her latest victim – I mean date – who also likes killing people. There is no depth to this story, as we waiting painfully for the punchline. When it finally comes, it is meh at best. Perhaps this is because too much was given away before the twist is revealed.

The segment “The Professor’s Wife has two former students believing that the Professor’s new wife is a robot. Once they cut her into pieces, they realise their mistake.  This one has tongue-in-cheek entertainment which feels like it understood what a Creepshow tale should be.

There is a lot of bloodletting going on in this segment, but the conclusion is indecisive.

We end Creepshow 3 with “Haunted Dog”. Most of the stories in the anthology are poorly executed and tiresome tales, but this is one of the lowest points of the film. It seems to be nothing more than scenes of emptiness and a few shots of a ghost with a hot dog sticking out of his mouth.

This segment is a tale of revenge from beyond the grave, a theme in the previous Creepshow films. This take, however, drags its arse along the floor so long that the enjoyment is destroyed. The premise is a harsh doctor (Kris Allen) gives a homeless man a hotdog that he had just dropped on the floor, which ends up killing the homeless man. His ghost continues to haunt the doctor until he dies of a heart attack. Like “The Hitch-Hiker” in Creepshow 2, he keeps thanking the doctor, even though he is the cause of the demise.

Allen nearly gets a few laughs in when he delivers advice to his patients, although it feels like a wholly ad-libbed skit. The scene, however, is entirely pointless. It was meant to establish him as a dick, but we had already got that impression from him mocking the homeless guy and cutting in queue. The time they took hammering this point home could have been better spent getting us frightened. 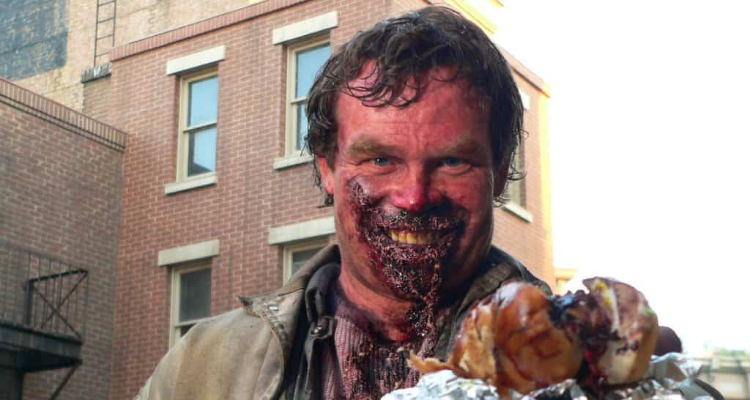 The talent connected to Creepshow 3 is a real downgrade from Romero and King, as the film appears to be scraping the barrel with Ana Clavell and James Glenn Dudelson. I try not to be too harsh about a film, but it is honestly hard to write about this film and not be. Clavell and Dudelson are also directors of Day of the Dead 2: Contagium, another awful film. They seem to be going out of their way to annoy Romeo fans.

If, like me, you enjoy the soundtrack of the first two Creepshow films, you will probably hate this, as it appears to be nothing but lousy jazz, which does not seem to connect to the stories at all.

On a positive note, I do enjoy the fact that the stories of Creepshow 3 are interconnected. Characters from some tales have brief glimpses in others. For instance, the Professor who turns Alice into a rabbit is also the Professor in “The Professor’s Wife”.

The lack of frights is the most frustrating part of the film. It feels like something a group of film students knocked together, without understanding when to be petrifying, when to be amusing, and when to do both.

While it is an insult to the franchise fans, it is also an insult to horror fans in general. Apart from “The Professor’s Wife”, Creepshow 3 does not understand what its predecessor was trying to achieve. Most of the segments were lamentably insipid and ordinary.