It has been over two years since I first started writing ‘So Bad, They’re Good’ articles and I thought I’d celebrate by delving into a trilogy of films – the 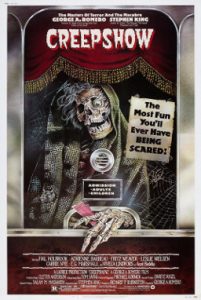 great, the good, and the WTF.

The trilogy began with the higher end of ‘so bad, they’re good’ – Fluffy, hysterically laughing Leslie Nielsen, Ed Harris’ hair, and an Entomophobic nightmare. This was followed by an average ‘so bad, they’re good’ of killer sludge, a killer Indian statue, and nightmare drive home. Then there was a ‘what were they thinking of’ final nail in the coffin – film that is part of the franchise in name only, with no involvement from King or Romero.

So let’s look at the Creepshow series of films over the next few articles.

The original concept of Creepshow played on human phobias, like being crushed by a falling gravestone or buried in the sand as the tide rolls in. Others shudder at the thought of sticking our hand into something and getting bitten or suffocating to death on cockroaches. These fears were addressed, too. Then, there is the weirdo who lies awake dreading the scenario of having green stuff growing all over them. I am looking at you, Stephen King. 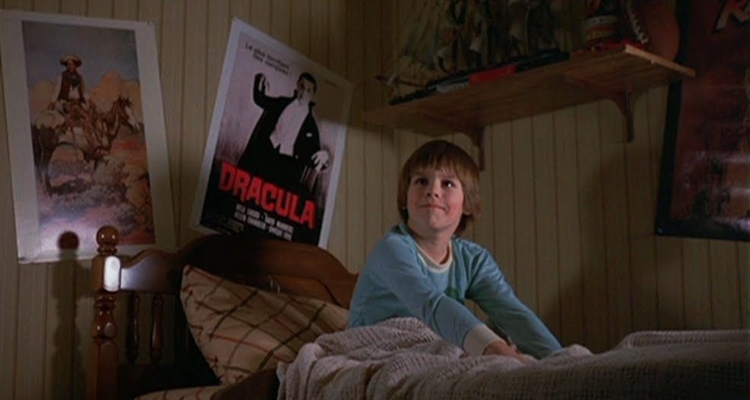 Creepshow was also a homage to EC Comic staples such as ‘Tales From The Crypt’, ‘The Haunt of Fear’, ‘The Vault of Horror’ and ‘MAD’. Fredric Wertham’s book, ‘Seduction of the Innocent’ blamed these comics for children’s lawbreaking and corrupt behaviour. As a result of this book, the comic code was invented to control the content of comics. EC now found themselves heavily censored, and eventually, they were taken over by DC Comic.

From the start of the opening credits, it is clear what is planned ahead for us the audience. Literally, as the stories are shown in their comic book form. The wrap-around story is the anger of a small boy who has had this comic books disposed of by his father. He plans disturbing dreams of retribution, giving the whole premise the colourful outlook of a teenage boy. 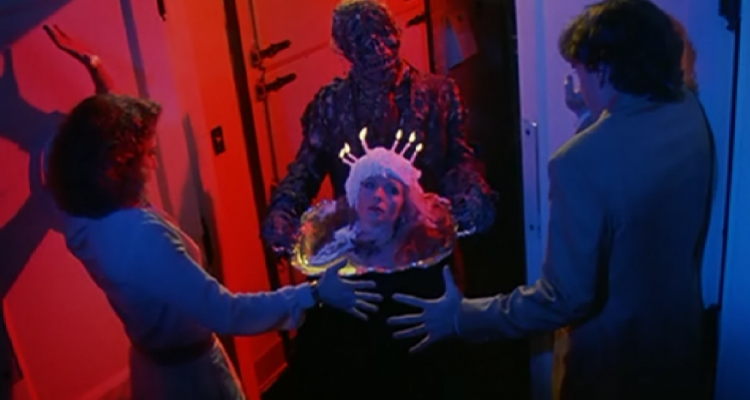 The first story is “Father’s Day”, which centers around a zombie father who just wants his cake. This is insipid and trashy. The Grantham family, held together by a dark secret, return to the family home every year on Father’s Day. While this segment is not my favourite, its tale of murder and revenge from the grave is an excellent start to the anthology.

This is followed by “The Lonesome Death of Jordy Verrill”, played by Stephen King, in a badly hammy way, as per usual for a moronic hillbilly. Jordy explores a fallen meteor, thinking that he could sell it to the local college, only to be consumed by this alien parasitic plant life. Lesson learnt. Never touch meteor shit. 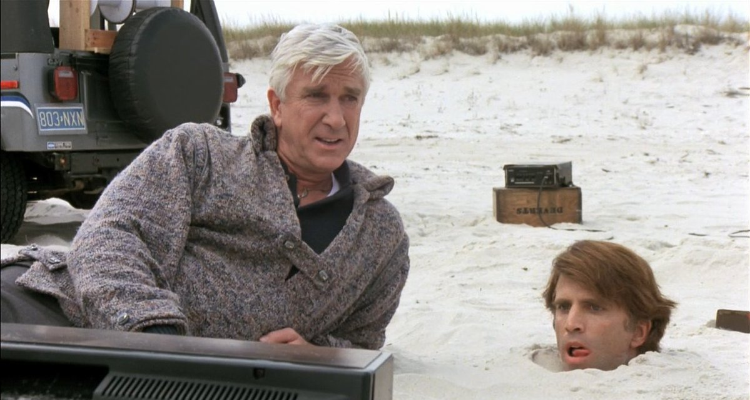 The third story is “Something to Tide Me Over”. Leslie Nielsen plays ditched husband, Richard, who performs some extreme revenge on his dishonest wife, Becky (Gaylen Ross), and her lover, Harry (Ted Danson). The lovers find themselves in a fate where each breath could be their last. Personally, this is my favourite of the anthology. It has the best path, script and acting. Crazy Leslie Neilsen is the top “villain” in the film, with not only a truly terrifying comeuppance, but also the most quotable line of the film. 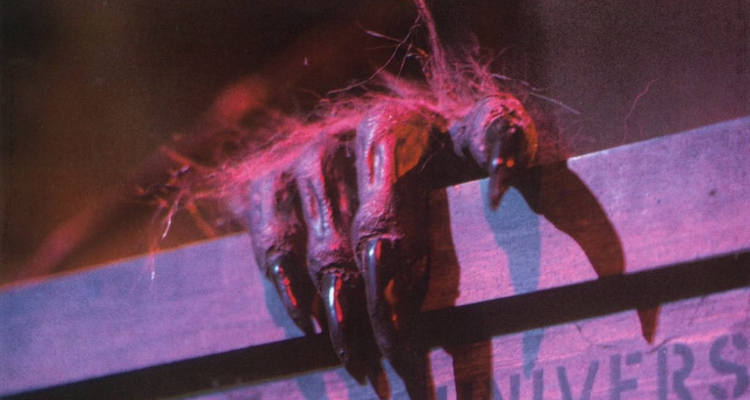 “The Crate” follows a professor who stumbles upon an old crate hidden away under the stairs of his university that may hold a lethal relic inside. Henry (Hal Holbrook), a friend of the Professor, learns of the crate and a roguish plan is formed in his mind on how to rid himself of his nagging wife. Here lies Fluffy, which is a mixture of a yeti and a Tasmanian Devil. Holbrook is perfect in the role of battered husband of Wilma, AKA Billie (Adrienne Barbeau). In true EC comic style, Billie gets what she deserves in the climax of the film. Despite being the most extended segment, it is the most confining.

We end with “They’re Creeping Up on Ya!”. A lonesome, mean millionaire with extreme OCD comes face to face with a group of ruthless cockroaches. Even if you do not have a phobia of bugs, this one gets under your skin. If you are not disgusted simply by the idea of creepy crawlies, the ending is still entirely abhorrent. Many horror fans prefer practical effects over CGI, but the crew might have chosen the digital over the real 20,000 live cockroaches that were needed for the segment’s conclusion. 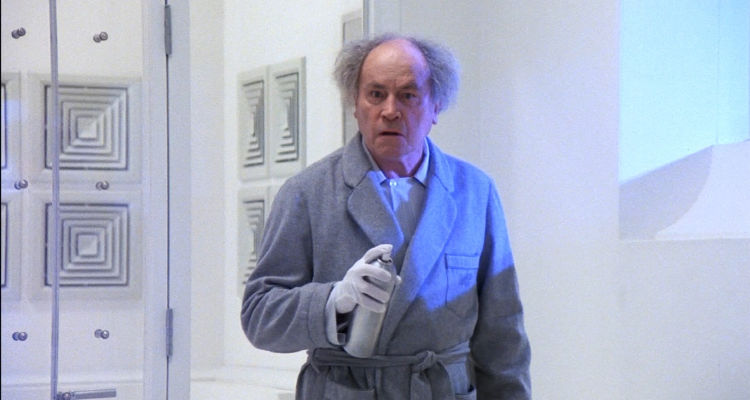 All segments are truly entertaining, but there are also many lessons to be learned from them. Such as don’t speak ill of the dead and don’t assume that cockroaches won’t have a gang mentality and will not be out to get revenge.

Creepshow is beloved by many horror fans, myself included. It is not perfect and, like most anthologies, the stories are hit and miss. Overall, it’s an enjoyable romp and successful enough to spawn a sequel – which we’ll look into next week.