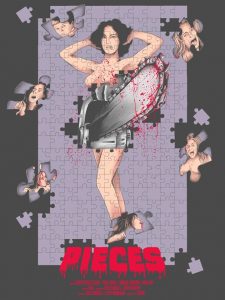 So, follow me to a film that has nudity, wicked killings, sawn-off body parts and Christopher George. This is Pieces.

Pieces started life as a Spanish-language film called Mil Gritos Tiene La Noche (A Thousand Cries Has The Night), and it feels like two different directors are controlling it. One wants to make a cop thriller and the other one wants gore, tits and ass.

This means the film has little logic. The kills are super savage and the special effects are average.

The movie opens in 1942, with a young boy piecing together a nude woman jigsaw puzzle. His mother, who is overly obsessed with anything sinful, discovers this and removes the jigsaw from the young boy’s possession.

Here’s where the boy snaps. He murders his mother with an axe and chops her up into pieces, as if he is cutting up nothing more than firewood. 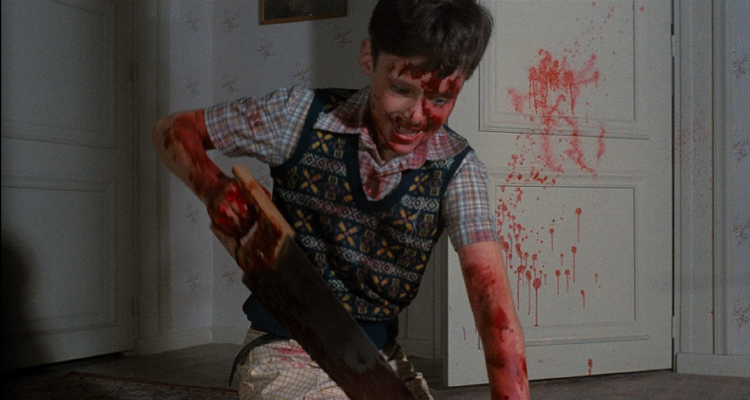 Playing the innocent, the boy gets away with the vicious crime.

Fast forward forty years to a university where murders are occurring. All we see of the murderer is a black hat and gloved hands wielding a chainsaw, as he decapitates a studying student.

While the detective explains to the Dean (Edmund Purdom) that they were no witness to the gruesome murder, the Dean asks woeful Professor Brown (Jack Taylor), the anatomy teacher, to show the detectives around. 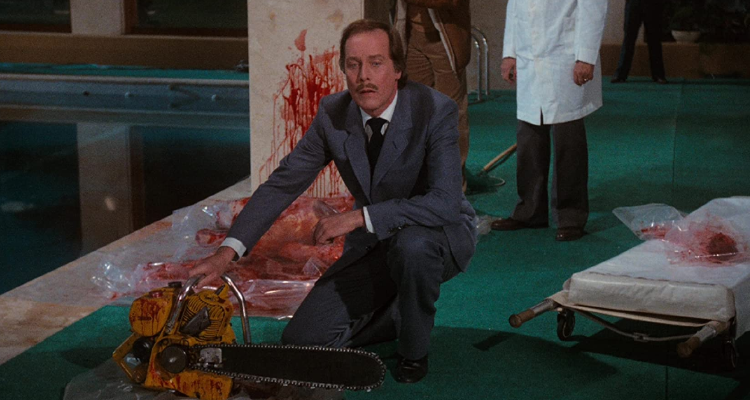 Enter Stage Left is the “hero” of the piece, Kendall (Ian Sera), the local ladies’ man.

The groundsman Willard (Paul L. Smith) crashes into the second murder and then goes out of his way to embroil himself into the evidence.

Despite being the most apparent candidate for the killings, he is allowed to continue to work on the campus.

Lt Bracken brings in an undercover cop, Mary Riggs (Lynda Day George), who is also a former tennis player. Mary goes undercover as a tennis instructor in the college, with ladies’ man Kendall as her unofficial helper.

More murders take place in the form of a victim having her arms sawn off, followed by one who is stabbed on a waterbed –  a standout visual.

Later, a tennis student faces her end by being sawn in half like a magician’s assistant. When this latest victim is found, Mary breaks down, screaming “Bastard” to the world, with an authentically overwrought delivery. 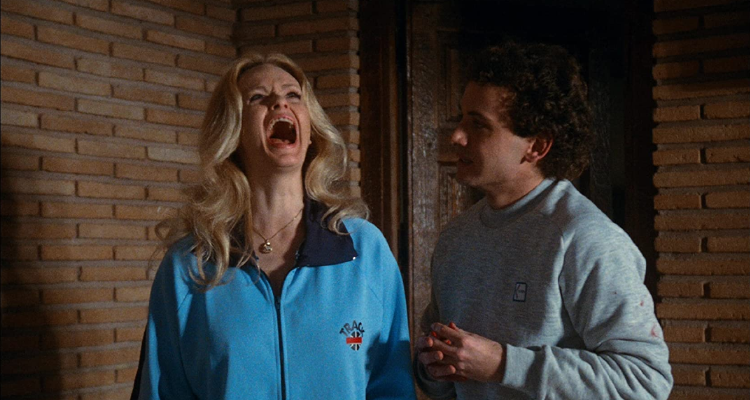 Don’t worry; I won’t be giving you any spoilers on who the killer is. You’ll have to watch the film.

The blood continually flows within this film as does the nudity. Pieces gives us 80s horror nudity that manages to be sinless, and entirely immaterial for the plot.

The gore of the film begins with the horrific opening scene and continues through to the end. It even has well-planned storytelling and in-depth character arcs.

Even the tagline hits the mark: “You Don’t Have to go to Texas For A Chainsaw Massacre!”. Splendid. The plot feels like something created by Argento or Bava for their Giallo films.

Still, Pieces has a total lack of self-discipline and a ‘throw everything, including the kitchen sink to see what will happens’ attitude.

Doing this makes it more horrid than mainstream films. More bat-shit crazy than most European horror. But, ultimately it’s an enjoyable low-budget film from the video nasty era – albeit in a “so bad, it’s good” kind of way.

The most frustrating part about the movie is it’s illogical. It is a cheesy mess, but is one of the best “so bad, they’re good” films I’ve seen. 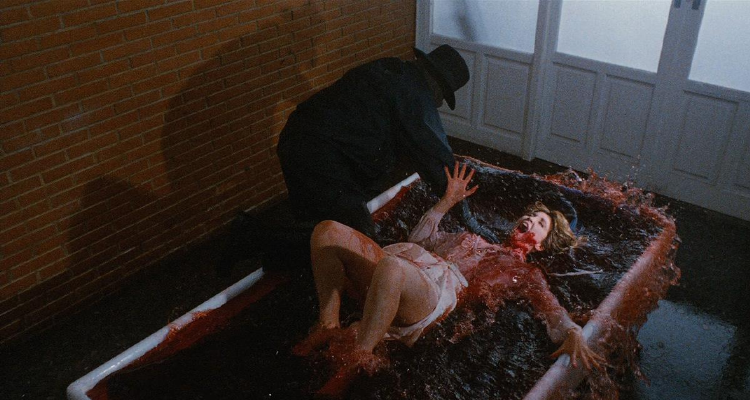 This crazy Spanish film is just as good as it is terrible. Pieces has so much that I want to say about it that I could write a media class essay.

You cannot accuse it of skimping on the blood and gore. But (returning to its lack of logic), it does nothing to explain why it takes forty years for the killer to start again.

I only recently watched this for my birthday at the beginning of the year and feel shamed about that fact, and I call myself a “so bad, they’re good” fan.

If you, too, are fan of crazy European 80s Horror, then I suggest checking it out. 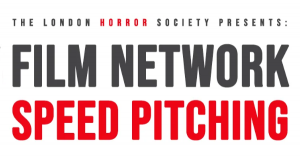 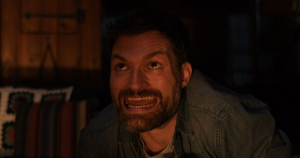