There is a reason that 70s films are often seen as a drugged fuelled nightmare, and this one is no different. An adult baby, implied incest, a mother that could give Pat Butcher a run for her money, and twist you do not see coming. This is The Baby. 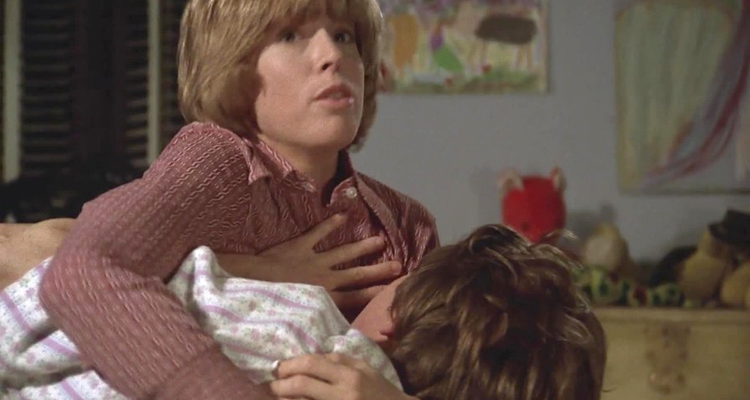 As soon as you read the premise, anyone who has a slight interest in exploitive film will likely take an interest in The Baby. Many disturbing exploitative films are now part of 70s horror DNA, such as The Texas Chainsaw Massacre and Shivers. However, for every blockbuster, there was independent mind-fucks, and this is where The Baby lies.

The film is directed by Ted Post, who also did Magnum Force, but instead of toxic masculinity, the women in this film prove that females want equal rights in toxicity as they battle each other in a weird game of cat and mouse. This is achieved by walking a line between suggestive and horrible. We are not talking Nekromantik levels of x-rated, but it is evocative enough.

The Baby’s simple plot follows wise, empathetic Ann Gentry (Anjanette Comer), a social worker whose new client is the dishonourable Wadsworth’s. Thus, we have a raspy-voice rough matron (Ruth Roman) and her two sensually promiscuous bizarre adult daughters Germaine and Alba (Marianna Hill and Suzanne Zenor). Then there is “Baby” (David Manzy), a developmentally slow 21-year old male. Although, it is never really explained what it is, whether it’s an actual condition or he has been convinced by his family that he is a baby. Baby wears a nappy, sleeps in a cot, crawls everywhere and does not speak correctly. Basically living like a toddler. 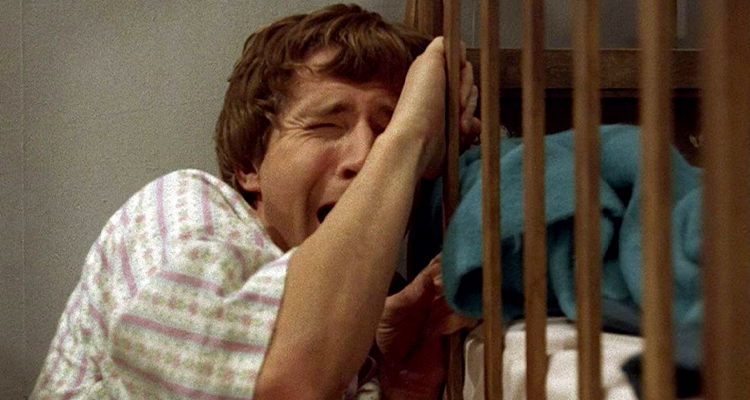 Ann wonders about the life that Baby is leading and has warmth for him. Ann seems to be going beyond her obligations for Baby. But, on the other hand, the Wadsworth family doubts Ann’s intentions when she offers to take Baby away from them, so he could have tests to see if they can teach Baby to walk and talk. In fact, Mrs Wadsworth goes full-on mama grizzly. Think a female Nicolas Cage punching someone out as he does in The Wicker Man.

Away from the Wadsworth family, we discover that Ann, in conversation with her live-in mother-in-law Judith, is grieving for her husband Roger, who died in an accident. As The Baby heads to its conclusion, Ann tries to save Baby from his family, and it is here the film shifts gear from weird drama to the full-blown horror that we had been promised, with chase scenes, murders and survival. The Baby’s overarching theme is stifling family life; like these women, both the Wadsworth family and Ann deal with their fate and the men that have delivered them to their future.

At first glance, as Ann and Mrs Wadsworth argue over Baby, it becomes clear that they are both brutal in their pursuit for Baby and are willing to use others to get what they want. What is interesting about the film is if the ‘adult baby’ gimmick was removed, it’s still a capably made film. With the ‘adult baby’, it could have become a nastier and emblematic film. It is hard to get across how grubby this film is, and you really could not make a film like this today.

I know you hear that said a lot – “it’s of its time – but believe me, it is. What could have been a weak plot point that would become annoying quickly remains engaging throughout the film. It is a film that some people will struggle to sit through. However, its boldness will amaze you and it deserves the title of a cult film. Although this is often touted as a horror, that is not an accurate description; even a dark comedy is not apt. A comedy implies that the situation will not happen.

The soap opera-like feel of The Baby makes it feel all too real. Maybe the closest way to describe it  is as a warped melodrama adapted to the emotions of naughty women. When you think of a weird child in horror films, they are often shaped by smothering mothers into a beast of revenge, and The Baby is no different. I wish I was aware of this when I was in University; this would have been the basis of my dissertation. Not that it would remove any of the affronts or weirdness of the film. 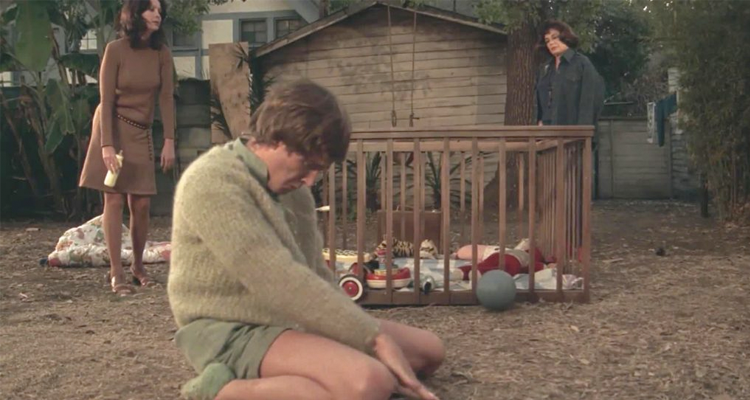 Ultimately The Baby is not what it portrays it to be, but still has to be seen to be believed. It will stay with you long after viewing, chances it being one of the most exploitative and outrageous films you will ever see. But the film does take its time to flesh out the characters, except the titular Baby. It is a film with a threatening and hypnotic feel to it. When you question the motivations of all the characters to the point that it makes you feel woozy.

However, compared to other ‘So bad, they’re good‘ films, which usually get better with repeated viewings, I can not imagine people watching this too many times, I included. But, if only for one viewing, it is still a film that I would recommend.

The Baby is available to stream on Shudder.