Hungry for 80s consumerism, parasitic ice cream, a scene reminiscent of A Nightmare on Elm Street and addiction symbolism? Well, lucky for you, all this can be found in The Stuff. 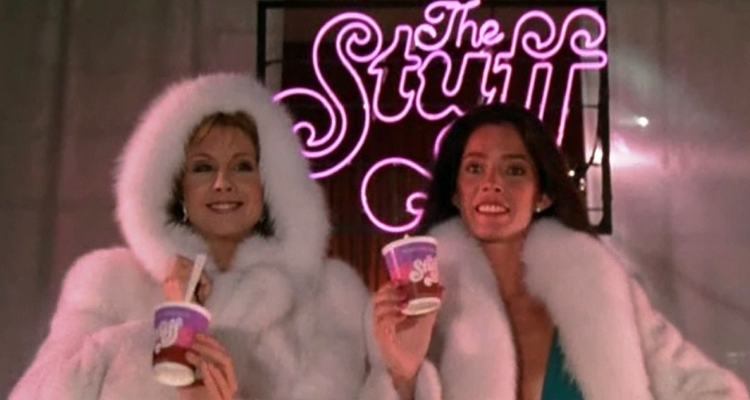 The film opens with a couple miners discovering a white goo bubbling up from beneath the earth near a petroleum refinery in Alaska. Upon tasting it (as one does with mysterious goo on the ground) it’s discovered that it’s delicious. The goo is then rapidly packaged and sold to Americans as an ice cream/yoghurt-style treat, gaining tremendous popularity.

The Stuff could come off as a PSA on not eating unknown substances that exudes out of the ground, but the film’s tagline “Are you eating it? Or is it eating you?” suggests so much more. What we are talking about here is addiction. The Stuff is an organic, non-fattening treat that is enjoyable, satisfying, and, as mentioned, addictive.

Fast forward a few years, it no longer serves as a treat, but as a staple that’s eaten with every meal. Everyone eats The Stuff except Blue-eyed, all-American schoolboy Jason (Scott Bloom, in his introductory role), who caught the enticing goo moving around on its own accord. 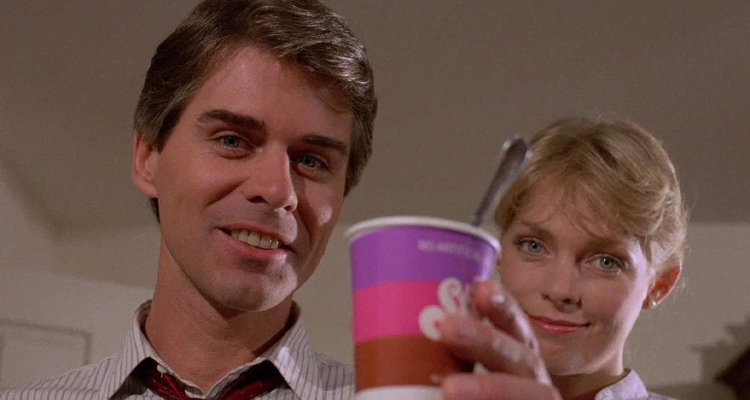 While Jason fights with his family about the unusual nature of The Stuff, we are introduced to the hero of this piece. David “Mo” Rutherford is an ex-FBI agent who turns corporate saboteur, hired by ice cream companies to steal the secret that makes The Stuff so good. An uncomplicated individual, Mo explains that he got his nickname “because no matter how much I get, I always want mo'”. Moriarty is superb as Mo – a tedious anti-hero who grows more unstable as the film progresses.

As we follow the stories of Jason and Mo, we realise that they are both fighting conspiracies and those that want to keep The Stuff on the top, realising that the truth could be more fearsome and scary than they could possibly imagine. As Colin Clive would say, “It’s Alive” (not to be confused with Cohen’s other film – It’s Alive). The Stuff eats people from the inside out and leaves them an empty shell, after taking over their brains.

Mo eventually teams up with Jason and Nicole (Andrea Marcovicci), a marketing executive who now regrets her part in making The Stuff a sensation. Together they go to the factory to gain some inside information and to stop The Stuff from being made. Mo persuades a militia to join their crusade, and with their help, convince the public to retaliate against The Stuff and the zombie-like creatures it’s created. 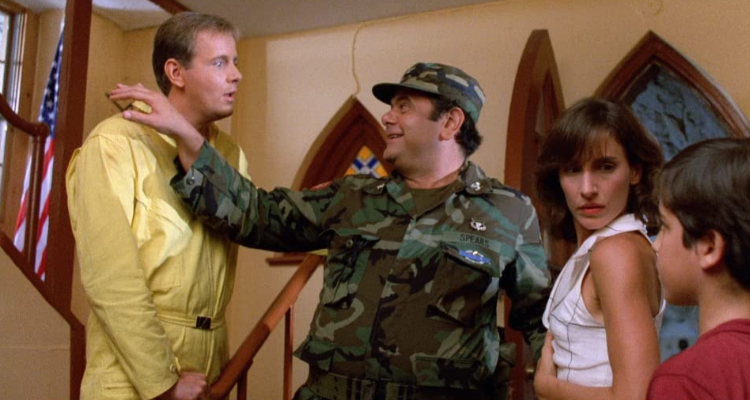 It’s safe to say that The Stuff‘s plot is eccentric, but in the skilful hands of Larry Cohen, it works by enveloping it with the identity. Cohen had already shown his skills in Black Caesar, Hell Up in Harlem, and It’s Alive. The Stuff is a homage to 50’s B-movies, with a “goo monster” like The Blob and mind control and the child that nobody believes both straight out of Invaders From Mars. The film could also be classified as an eco-horror, as The Stuff is natural and perhaps a response from Mother Earth for what we have done to her.

The Stuff has moments of magic, thanks to the resourcefulness and excitement that Cohen had with the production. This film’s highlight is the effects, which are daft 80s grandeur, but perfect for this film. The highlight being “Chocolate Chip” Charlie (Garett Morris) shrinking into himself via The Stuff.

Within the folds of horror and merriment is a severe and meaningful message about 80s consumerism at its worst. Taking inspiration from companies “secret recipes” and the underhand marketing of several fast-food chains, Cohen gives two fingers to authority, unfortunately still relevant post-horsemeat scandal. This film also serves as an ironic look at advertising, complete with the 80’s jingles and wonderfully naff commercials (where no one actually eats the product). 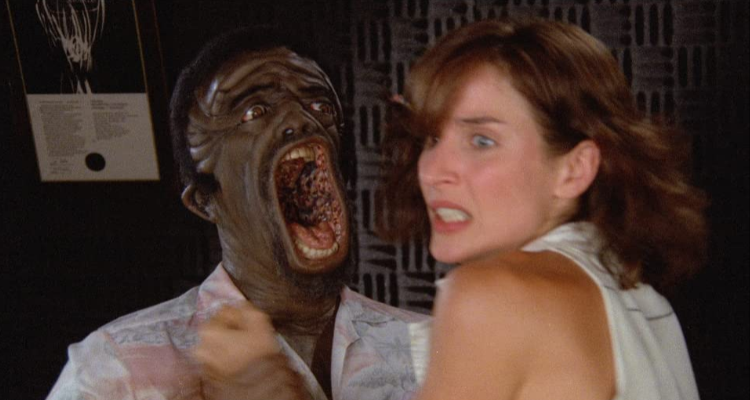 The Stuff is unfocused, and it is not a scary film, leaning much more to silly, but the actors sell the goofier moments. The clashing style can be jarring, but it does work as a satire. It is not the strongest of Cohen’s productions; it is still a terrific, gooey spoof and a great way to get into Cohen’s more excitingly memorable films.

Slammed by the critics, The Stuff doesn’t have the cult status that many other films of its time have. This is a shame as it has rebellious ideas associated with George A Romero, John Carpenter’s They Live, and Invasion of the Body Snatchers. I personally think this film should be a classic, but that is just my opinion. It has a well-written plot, strong acting and exciting moments. Sure, it’s a ridiculous film, but sometimes sympathetic and overall a fun film to banter with a group of friends and a few beers.