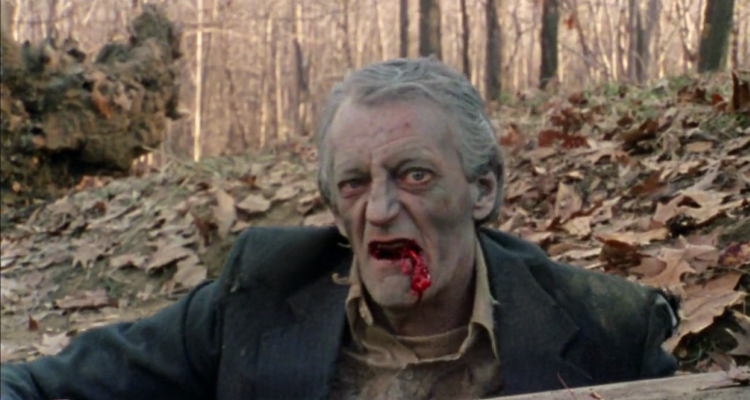 When it comes to zombie films, George A Romero’s 1968 Night of the Living Dead is ingrained in popular culture. It could be easily argued that it is not only one of the greatest zombie films, but one of the best American films of all times. Here the word zombie took on a new meaning from that opening scene.

And then there is Zombie Nosh. The plot revolves around some college kids who get caught up in the aftermath of a newly released zombie, a zombie who looks a lot like the cemetery zombie from Night of the Living Dead. Mainly because it is the guy from Night of the Living Dead – Bill Hinzman. It is such a jarring experience to see him in this film, and it makes you think that you have uncovered a hidden masterpiece. But you have not.

As well as Hinzman, the film stars John Mowod, Leslie Ann Wick and Kevin Kindlin and was made on a budget of just $60,000. But Hinzman does not just star in the film; he also directed, produced, co-wrote and co-edited it. 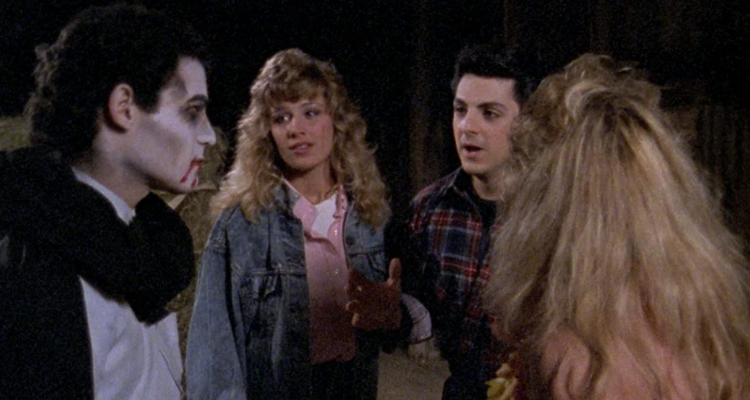 It was one of many direct to video films that were made in the late 80s. In the UK, it is known as Zombie Nosh, but has so many names in other countries, that it got lost in the world of video horror. Also, the flaws of the film must have been a hit on its popularity. The lines of dialogue are absurd and not helped at all by the delivery of the amateur actors. But for a lover of “so bad, they’re good” films, it makes it a lovely gem.

Zombie Nosh drips in late 80s nostalgia to the point I would expect Kylie and Jason’s ‘Especially For You’ to be on the soundtrack. And it certainly has all the charm of a no-holds-barred direct-to-video mentality. While Hinzman appears to know what he is doing behind the camera, he gives us a thin narrative with piles of victims, including a top-up halfway through and plenty of gore. We have neck biting, chest evacuations, nasty head wounds, and multiple victims who end up with their intestines on the ground. Zombie Nosh has a little in the way of excitement, tension or fear, but it gives us what we sometimes want as a viewer – gallons and gallons of gore. And boobs, of course.

Back to the easily insane plot that a child could follow: A stone covered in ritualistic symbols and warning text carved into it is removed by a farmer. This then releases a zombie known as Flesh Eater, dressed actually the same as  the Night of the Living Dead cemetery zombie. If the farmer had watched Rawhead Rex, he would have known that was a bad idea. Just cos it doesn’t say in English “do not open”, the weird symbols probably do.

The farmer ends up being the first victim, and off the film goes. Several college students are hanging out in the countryside for Halloween, and a little slap and tickle, not one of them dressed up (unless all that denim wearing meant that they were predicting B*Witched). Their mode of transport is a hayride, which means loads of scenes of the tractor slowly driving along.

Of course, the area they decide to party is the same field that Flesh Eater has been released from. So Flesh Eater gnaws on a few kids, which becomes zombies on their own search of some nosh. The fact that it is Halloween only comes into its own when the zombies make it to the nearest town, following the surviving college students straight to a Halloween barn party, where we finally get zombies in Halloween costumes. Here we see the normal cycle of zombies biting people, who become zombies, who bite people, and so on.

Zombie Nosh is not rated, and that is how it gets away with all the gore. For me, the best scene comes when a trick or treater (played by Heidi Hinzman. Yes, his daughter.) opens the door and finds the Flesh Eater, who picks up the girl and bites her, causing blood to drip into her Halloween sweets. 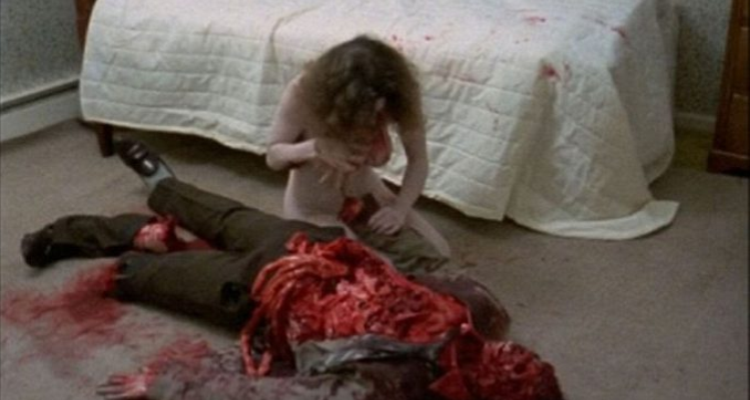 The film is filled with the old-fashioned hulking zombies, not the fast-paced ones spurned on by rage. For modern viewers, zombies have become so much a part of fantasy culture that they are now being used to make Jane Austen novels better. Like vampires, they constantly fight between retaining their monstrous roots and making them marketable to the masses.

Zombie Nosh sticks firmly to its monstrous roots and does not care if it is enjoyed by the masses or not. The best way to enjoy this film, like so many of the So Bad, They’re Good titles, is with friends and alcohol.