‘Society Shockers’ is a brand new series of reviews focusing purely on the films created by you, the London Horror Society community. We hope this will help create better awareness of the fantastic projects being made by indie filmmakers everywhere, and give you a purpose-built platform to share your creations to an eager horror audience. Get in touch with us now if you want to submit your own film for review.  First up is the hard-hitting ‘Malady’ by Jack James. 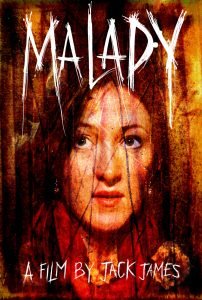 Malady is a deeply disturbing and atmospheric horror film written, produced and directed by Jack James.

Jack’s early use of extreme close-ups, hand-held camera moments and sombre music set much of the tone for this chilling film that’s inspired mainly by love, life and death — and it will leave you staring wide-eyed at the screen by the shocking final minutes.

I very much enjoyed Malady, as it presented something completely different from the usual horror I watch. It’s particularly dark and disturbing, and has believable characters that you invest in (thanks in part to the great acting) which for me sets it apart from other indie and mainstream Hollywood horror films.

I found myself genuinely becoming embroiled in the story as it unfolded, and the more the film played out, the deeper I fell…

The film follows Holly, a young woman who’s now alone following the death of her mother. One night in a bar she meets Matthew, a man seemingly as lost and alone as she is.

They soon start dating, but it steadily becomes clear that there’s something strange about Matthew. He’s a man of few words for one thing, and he doesn’t have anything to do with family. You often catch him playing with a lock of his sister’s hair which he keeps in a little wooden box, but as peculiar as that is, it’s by far not the strangest thing we see. 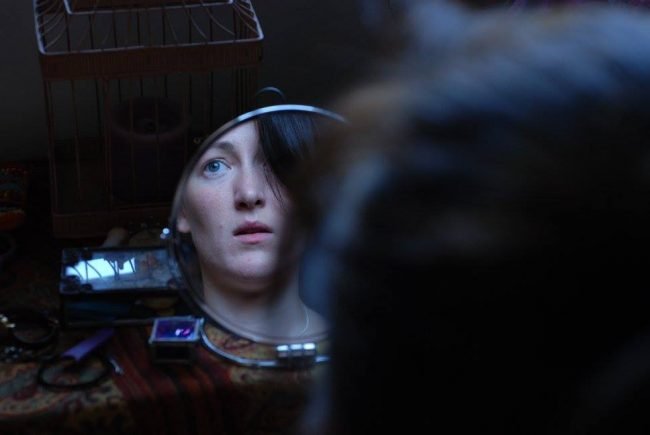 There are a few sex scenes in this film, which are handled well. They don’t make you cringe or turn away from the screen. They’re passionate and — crucially — not overly drawn out. For those looking for blood, gore and exploding heads, you won’t find that here. Malady is designed to play with your senses, without the need for over the top violence.

Matthew soon gets a call from home which he can’t face taking, so Holly answers it for him. It’s his mother, and she’s gravely ill, so Matthew and Holly go to the house to help her. But upon arriving, we get a real sense all is not well, and as soon as Matthew takes those first reluctant steps into the house; you’re instantly hit with a feeling of foreboding.

Matthew’s mother is sinister in appearance, unfeeling and domineering. You can see she still has control of Matthew even now that he is a full grown man — he can’t seem to escape her clutches. A deeply unpleasant story about what she did to a litter of puppies only helps convey the sheer horrific nature of her character. She certainly doesn’t hold back or mince her words, and her cold stare is enough to give you chills.

Malady tackles love, loss, obsession and death, but at its heart, it’s a film about family and the lengths we will go for the ones we love. It really is a film that’s out of the ordinary, so I urge you to check this one out for yourself!