Soldiers Of The Damned 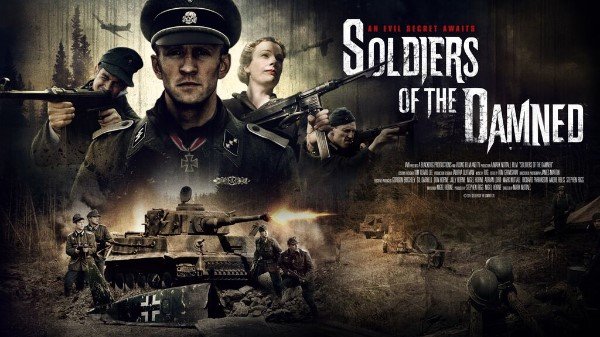 It look like British Indie outfit Safecracker Pictures are set to release World War 2 shocker Soldiers Of The Damned this summer, with DVD and VOD distribution in the bag and a small cinematic run in the pipeline too.

For those not already aware, the story goes a little something like this:

It’s the Eastern Front, 1944. The Russians are pushing the German Army back through Romania. Major Kurt Fleischer, war-weary commander of an elite troop of German soldiers, is ordered to escort a female scientist into a mysterious forest behind enemy lines to retrieve an ancient relic. As his men begin to disappear in strange circumstances Fleischer realises that the scientist is part of Himmler’s occult department and there is something in the forest that is far more deadly than the Russians.

What’s more, the production team at Blackdog & Viking have released a short promo video on the film, which looks at some behind the scenes footage focusing on the shooting of one of the pretty impressive action scenes.  You can check it out here.

We’ll of course let you know how it pans out as soon as we get to see it for ourselves.  Watch this space.