Hello again, dear readers. Today, we find ourselves talking about the latest film in a once great franchise, The First Purge.

A 2018 film by Universal Pictures, it was released on 4 July – a holiday of freedom and independence in the United States from which the bubbling mess spawned. 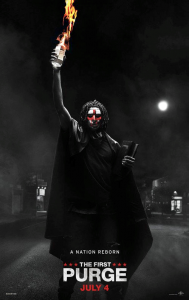 Running at a length of 97 minutes, you’ll find yourself trapped in the urban sprawl of Staten Island – a section of New York City that is only accessible by ferry; a perfect staging ground for the first purge.

This “experiment” is dreamed up by the new political party ‘New Founding Fathers’, based on the scientific research of Dr May Updale (Marisa Tomei).

Record high crime and poverty has helped skyrocket their party into the White House, where the President orders for Dr Updale’s research to be executed.

The citizens of Staten Island, poor and generally good-hearted folks, are offered a generous sum to stay on the island for the twelve-hour window of the purge.

They’re also offered an additional $5,000 if they participate.

The purge comes and, as expected, morals become loose and promiscuity abounds. The villain of the film, Skeletor (Rotimi Paul), commits the first murder and then wades into a party where he begins slaughtering innocent people.

Looting begins by restless gang members, and general tomfoolery is had by old ladies with teddy bears.

The corporation in charge of the experiment is contacted by the White House who, upon hearing the lack of violence, decide to send in mercenaries dressed as citizens to step up the violence. 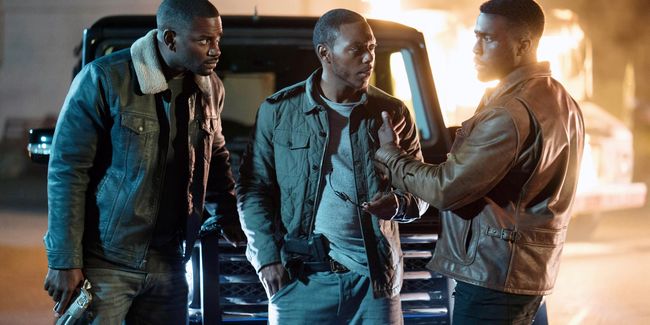 Much hilarity ensues as a church is decimated, a street war is engaged, and the gang leader, Capital A (Christian Robinson) is forced to sneak after the culprits into a dilapidated apartment building to save his friends and community members.

With a surprise background as a soldier, Capital A turns out to be quite the thorn in their side and executes all the mercenaries, despite what should be a fatal wound.

The problems with this film are numerous. Beyond the poor acting and Skeletor ‘Ex Machina’ that saves the lives of the heroes, the special effects are reminiscent of a 1990’s film. 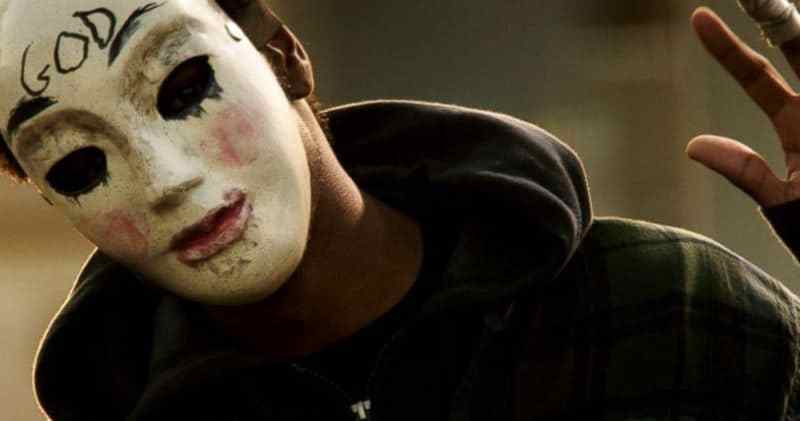 The overall themes in this film are that the government is evil, corporations will kill you, and that simple research can be twisted into grim prospects.

This, combined with a warning to Americans that a new political party could rise up if they don’t clean up their own nightmare-scape of a political battlefield, make this a heavy-handed piece with few redeeming factors.

One out of ten skulls, and it is issued with pity. I, for one, will be purging The First Purge from my memories.