The Lasting Legacy of Alien

My first memory of the Alien films was desperately trying to stay awake at a sleepover when I was about seven. It was during the elevator scene in Aliens when Ripley (played by Sigourney Weaver) is prepping her weapons to take on the queen alien. 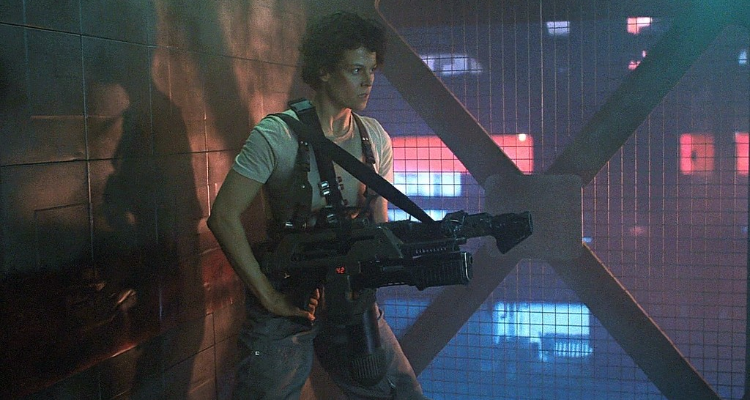 Most of my family are into horror in some way, with my brother introducing me to horror from childhood and my dad’s favourite film being The Exorcist.

My mam, on the other hand, is only able to take baths, never showers, after watching Psycho and the scene of the alien exploding from Kane’s chest (played by John Hurt) in the first Alien still haunts her. Alien is my boyfriend’s favourite film and he gifted me a cool x-ray xenomorph t-shirt for my birthday.

I’m surrounded by love for this scary, space set favourite. So, what is it about this franchise that has lasted over four decades? Why are we still talking about it and watching it and craving more and more from our favourite acid dripping xenomorphs?

IN SPACE NO ONE CAN HEAR YOU SCREAM

A good tagline is key to drawing in your audience before showing them anything. Much like Wes Craven’s iconic and terrifying ‘To avoid fainting, keep repeating “it’s only a movie… only a movie…”’ for The Last House on the Left, Alien grabbed attention immediately with the simple alien egg dripping something toxic on a black background with those chilling seven words. Has there ever been a more terrifying phrase? 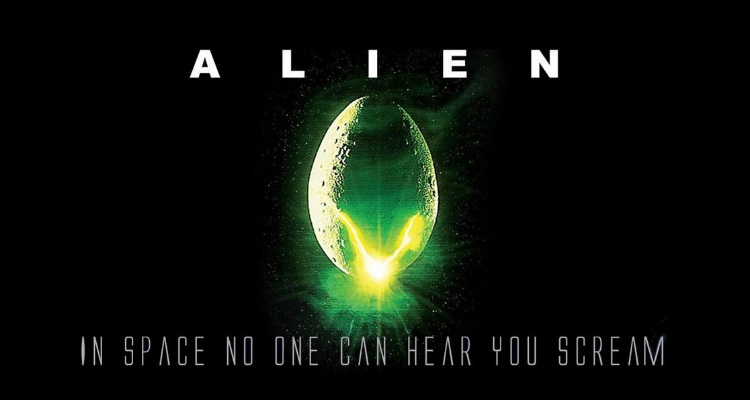 For me, it will always be the xenomorph. A smooth, elongated head; razor sharp claws; dagger-like tail; acid blood; that creepy second mouth it uses to punch a hole through your skull. It’s breath-taking. It’s vicious. It’s terrifying. It’s perfect.

Originally designed by H.R. Giger, all directors have stayed loyal to the look, feel, and sound of the xenomorph. Although CGI has been used more heavily in recent Alien films, it’s still one of the most terrifying creatures ever created in the world of horror. 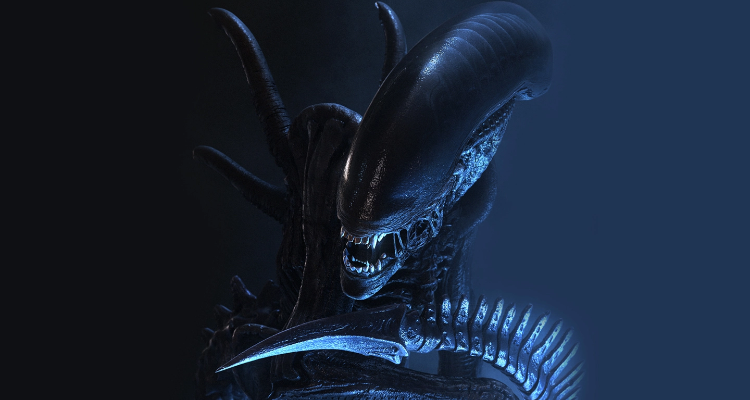 SCREAM QUEEN UNLIKE ANY OTHER

Ellen Ripley. What can I say? What a badass?! Turning the term ‘Scream Queen’ on its head, Ripley is a gun toting, non-nonsense, warrior of a woman. Tough enough to take on masochistic males as well as evil space creatures, she also has a caring, maternal nature depicted in her love for Jonesy the cat and her surrogate child, Newt.

She’s an inspirational female character, allowing women in real life to believe that they can be anything, and that showing your emotions doesn’t make you weak. It makes you driven, powerful, unstoppable. Just look at what happened to all the evil that crossed her path. 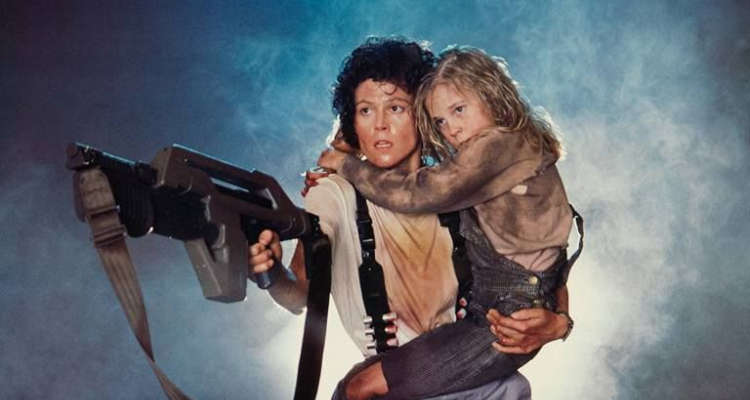 Much like Star Wars, Ridley decided to go backwards with his franchise, creating prequels to the original quadrilogy. Prometheus is a direct prequel to Alien, recreating the set-up of discovering an alien ship and its hideous cargo. Covenant is a sequel to Prometheus, but is closer to the first Alien in terms of story set up.

Covenant did half as well as Prometheus at the box office, so the promised final film of this new trilogy was put on hold to the disappointment of fans. 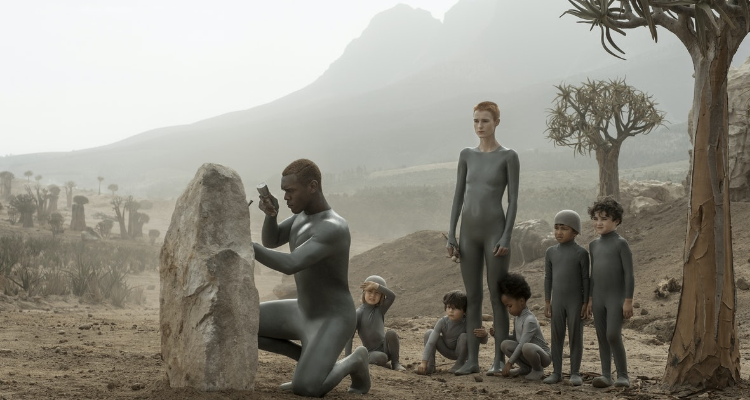 Freddy vs Jason, Frankenstein meets The Wolfman, Sadako vs Kayako… there’ve been numerous horror crossovers, some of which worked and others which we won’t mention.

The most famous crossover is Alien vs Predator. Two of the biggest, baddest, scariest extra-terrestrial creatures fighting it out with us puny humans scurrying around their feet. And it’s a fun ride – worth checking out if you’re a fan of either franchise.

This was followed up by Alien vs Predator: Requiem, but let’s not talk about that. 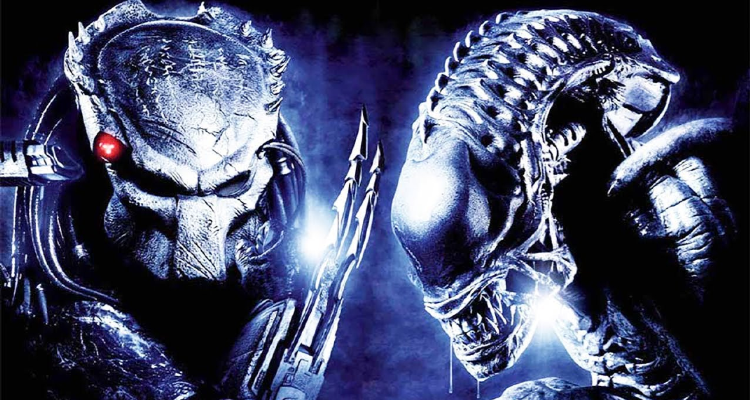 With endless novels, merchandise, comic books, parodies, computer games, figurines, Alien lives and breathes outside of the film reel. The love of this franchise is bigger than most with an ever expanding fanbase and there always being something new to discover.

I’m rather ashamed to admit that only recently did I discover Alien Anthology on YouTube, but what a treat. Six shorts created by six visionary filmmakers to celebrate Alien’s 40th anniversary, these films are true to Ridley’s original vision but find new ways to enthral, surprise, and terrify.

My personal favourite is Alien: Harvest, directed by Benjamin Howdeshell. What an ending!

THE FUTURE OF ALIEN

Although many directors have taken the reins of Alien sequels and crossovers over the years, the franchise very much belongs to Ridley Scott and his vision.

There’s been much speculation over the final part of his Prometheus trilogy and he teased the concept of the final act: “What I always thought when I was making it, the first one, why would a creature like this be made and why was it traveling in what I always thought was a kind of war-craft, which was carrying a cargo of these eggs. What was the purpose of the vehicle and what was the purpose of the eggs? That’s the thing to question — who, why, and for what purpose is the next idea, I think.”

As exciting as this idea sounds, it may be a long time before we see it come to fruition. Luckily, Scott fans can quench their thirst with the recently released Raised by Wolves, which has critics raving and is already lined up for a second series.

The Alien franchise has spawned over four decades and shows no sign of slowing. It’s true art, a true vision, a true testament to horror, precision, and beauty. Personally, I can’t wait to see what it does next. Watch this space.