The London Horror Festival 2019: Our ‘Must See’ Picks

It’s that time of year again! With Hallowe’en just around the corner, the London Horror Festival 2019 is getting ready to rear its head. The London Horror Society checked in with them at their new venue at The Pleasance Theatre in Islington to see what they’ve got coming up.

Known for chattering in Hellraiser and kinsking (doesn’t work as well) in Nightbreed, London Horror Festival 2019 patron Nicholas Vince tells us what it means to be a monster. Join him as he shares stories from his first time meeting a monster (under the duvet with a torch) to his first time becoming one (on a Clive Barker film set).

I Am Monsters! is on at The Pleasance Theatre from Tuesday the 8th to Thursday the 10th of October at 7pm. Tickets £12 (£10 concessions). London Horror Society members also get £2 off every full price ticket!  Just enter the code “CHATTERER” at the checkout.

DeadPlant Theatre bring blood, guts and lots of milk to the stage with live heavy metal music that’s sure to get ‘udder’ your skin. Come meet the Milkman responsible for making Charles Manson look like Julie Andrews (Broadway Baby) if… you… DAIRY. (Not for the lactose intolerant).

The Milkman Cometh is on at The Pleasance Theatre from Tuesday the 8th to Thursday the 10th of October at 9.30pm. Tickets £10 (£8 concessions).

How well do you really know yourself? Inspired by the works of Mr Edgar Allen Poe, Irish theatre collective The Corps Ensemble takes you through the back-alley streets of old Dublin town to somewhere you shouldn’t want to go. Written by award-winning playwright Steward Roche, the show comes to London after a hit run at the Edinburgh Fringe.

Returning to the London Horror Festival for its fifth year, Scare Slam returns to share the worst (and best) nightmares from across the festival through the old-as-time practice of spoken word story-telling. Lovers of scary stories, unite! 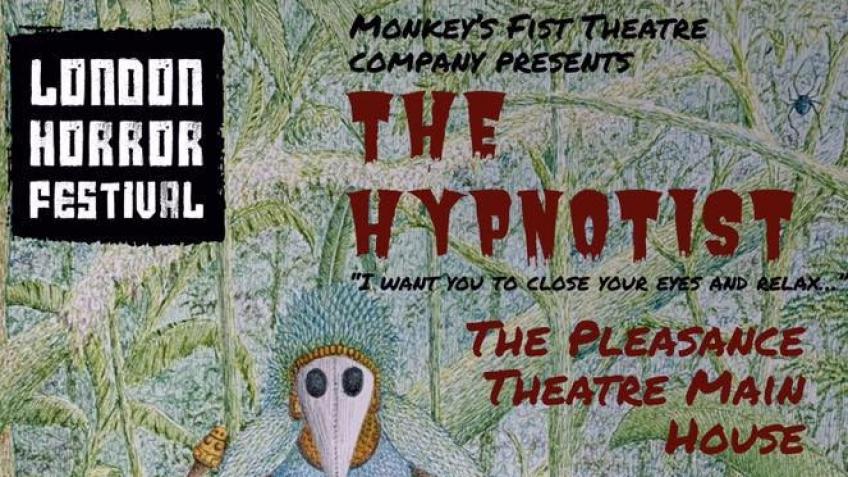 There’s an ancient evil stirring in the Ecuadorian jungle. Blood-thirsty demons, venomous, snakes, eco-tourism; Monkey Fist’s Theatre Company trip to the tropics has it all! They just want us to sit back, close our eyes and relax…

The Hypnotist is on at The Pleasance Theatre on Saturday the 12th of October at 2.30pm. Tickets £12 (£10 concessions). 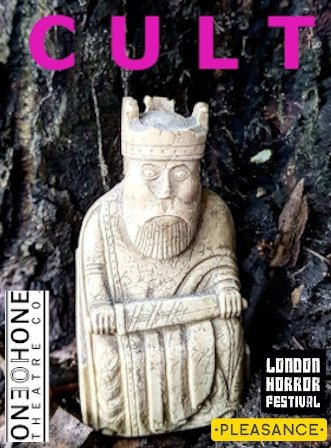 ‘Do you seek purpose? Do you want to be one of the chosen few? Come, Friend, and join us for a once in a lifetime opportunity.’

Something is stirring. From beneath, it’s starting to rise. ONEOHONE Theatre Co bring you an interactive exploration of the cult phenomenon.

Kidnapped at 11, J wasn’t found until she was 28. Based on the harrowing true story of Jaycee Dugard, Somna Theatre Company take us through J’s labyrinthian tent city and the world she’s created. Who knows what she’s building. But something inside has started to scream.

Infinity Land is on at The Pleasance Theatre on Monday the 14th of October at 9.45pm. Tickets £10 (£7 concessions).

‘Be bold, be bold, but not too bold, lest that your heart’s blood should run cold.’

The Off-Off-Off Broadway Company bring you Mr Fox, a brand-new take on the gleefully horrific folk tale of a plucky young woman and her mysterious fiancé…

Mr Fox is on at The Pleasance Theatre on Tuesday the 15th of October at 7pm. Tickets £8 (£6 concessions). 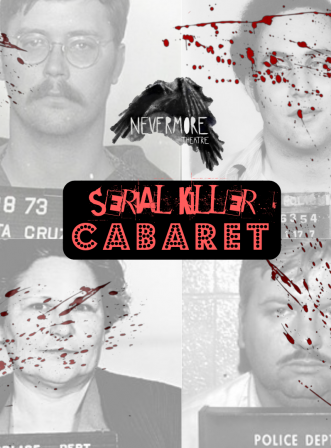 What if Charles Manson took his ‘talents’ into the world of showbiz? Edinburgh-based company Nevermore Theatre make a song and dance (geddit?) about taking a stab (geddit, again?) at separating fame and infamy.

After a sell-out run at the Edinburgh Fringe, Serial Killer Cabaret is a must see for all true crime fans!

Serial Killer Cabaret is on at The Pleasance Theatre on Tuesday the 15th of October at 9.45pm. Tickets £12 (£10 concessions).

In a world where clowns exist only to scare, one (accidentally) discovers what it means to make people laugh. Danse Macabre Productions returns to the London Horror Festival with Clown, an anti-horror that’s taking red noses back from Hallowe’en costumes and jump scares.

Clown is on at The Pleasance Theatre on Wednesday the 16th of October at 7pm. Tickets £10 (£8 concessions). 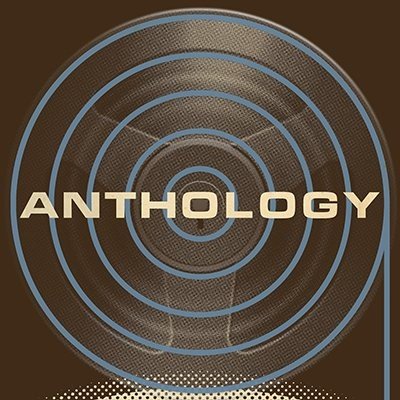 Horror company Hermetic Arts return to the London Horror Festival once again with Anthology: three hauntings; three ghosts in the machine; three uncanny stories from the past, present and future.

Written by Chris Lincé and performed by Carrie Thompson, it’ll be an evening to remember.

Anthology is on at The Pleasance Theatre on Friday the 18th of October at 7pm. Tickets £10.

He’s Behind You: The Slasher Panto 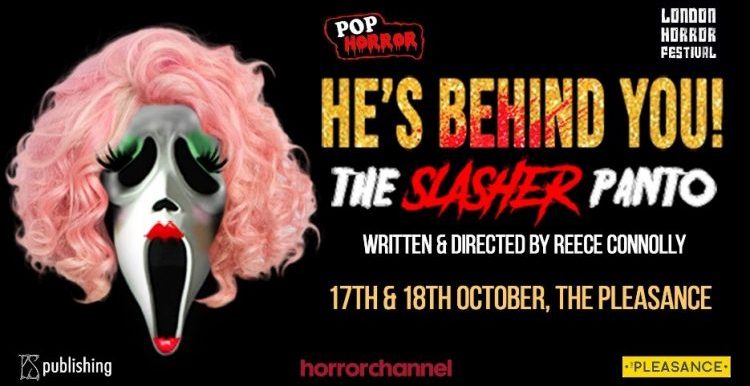 A Slumber Party for Fairy-tale Princesses. A haunted castle. And a masked killer with a grudge. Drag! Horror! Panto! He’s Behind You! has it all as it combines the familiar ‘family’ fun of a traditional panto with the camp thrills of your favourite 80s slasher flick.

One of the oldest pubs in London, The Old Red Lion has seen countless visitors come and go over the years. Some of them never left. The Knock Knock Club’s new docu-play presents the uncanny, unnatural and unexplainable discoveries they made when turning off the lights in the upstairs theatre and asking the darkness “who’s there?”