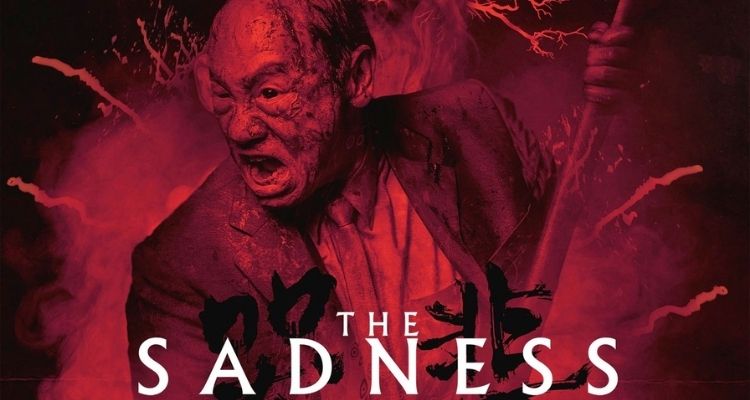 Much like with Squid Game, you’ve probably heard something about this already, right? A reference somewhere in a forum; a post about just how gory it is; a blood-soaked still etc.

It’s safe to say that ever since The Sadness dropped on Shudder on 12th May, the horror community has been buzzing about it (Shudder even had to set up a dedicated thread on its Facebook page, because so many people were starting their own!) So does it live up to the hype? 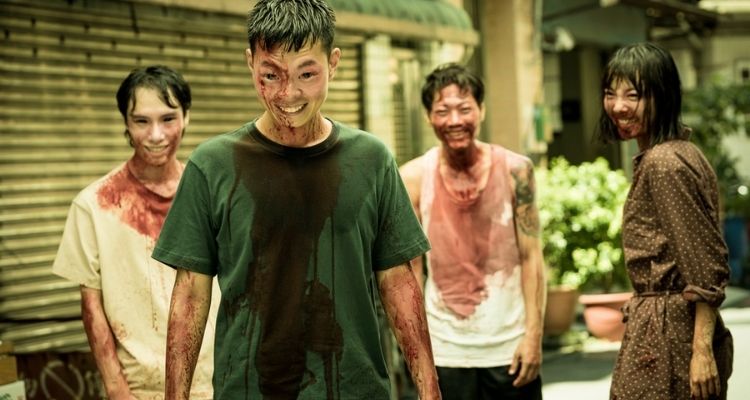 First of all, it’s worth saying that this is a film with a solid standard base, which it tweaks nicely to mirror current events. The backdrop is the spread of the ‘Alvin’ virus, which is exceptionally transmissible but very mild in terms of symptoms. We hear from an epidemiologist who cautions that although the virus is currently mild, it is of the same type as rabies, and has an innate propensity to mutate very quickly. He in turn is mocked by a radio presenter, who cynically observes that the virus scare is occurring in an election year.

This is all heard as background to the lives of our protagonists, young couple Jim and Kat, who are mooching around, preparing for their day, work and chores to be done, yada yada.
What could go wrong? 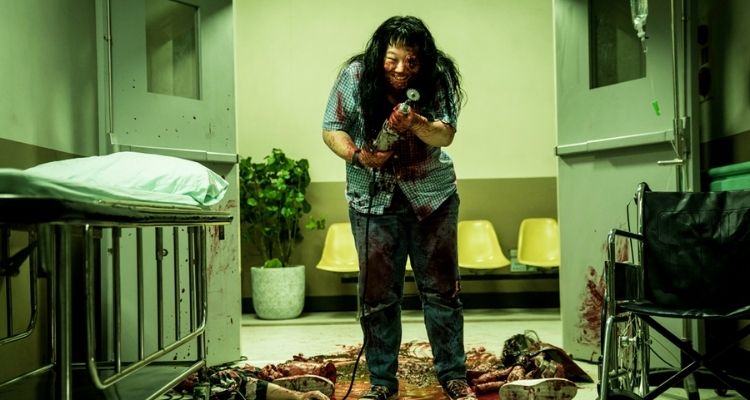 I’ll tell you what could go wrong: the virus could abruptly mutate into a version that makes people into homicidal sadistic maniacs.

Jim drops Kat off at the train station, on his moped, and heads off to a café for breakfast. Much like all the best zombie movies, there are foreshadows throughout the early part of what is to come: a particularly bloody crime scene, viewed from afar; a dark-eyed old woman, seemingly confused, on a rooftop.

Anyway, The Sadness does not hang around building tension too much; it kicks off within ten minutes or so, in the café, and does not let up until the credits.

Is it gory?
Do bears defecate in forested areas?
Does the Queen live in a big house?
It is a level of gore that is rarely seen now, and in that sense, it feels a little like a throwback/homage to the super-gory films of the 70s and 80s. 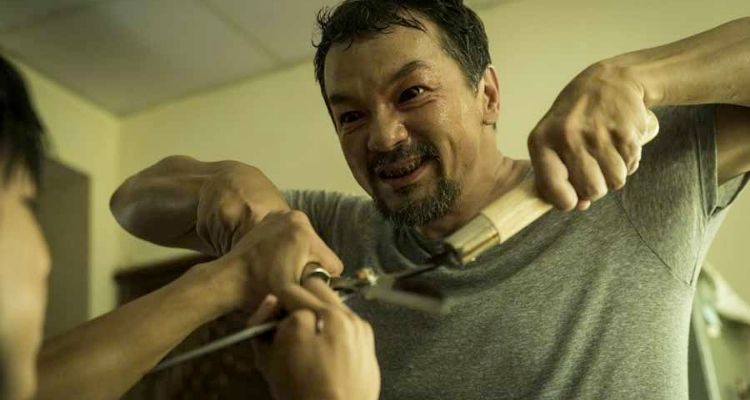 But there is an additional dimension here, in that the infected are not mindless; anything but. They retain all their previous intelligence, simply funnelled into an unquenchable desire for maniacal violence. And they’re enjoying themselves; you can tell by the deranged smiles they all wear. Which makes things even more disturbing.

Still, at least the government’s now broadcasting that they have the situation under control, and…no, scratch that, the president just got killed live on-camera by one of his infected generals.
Bugger. 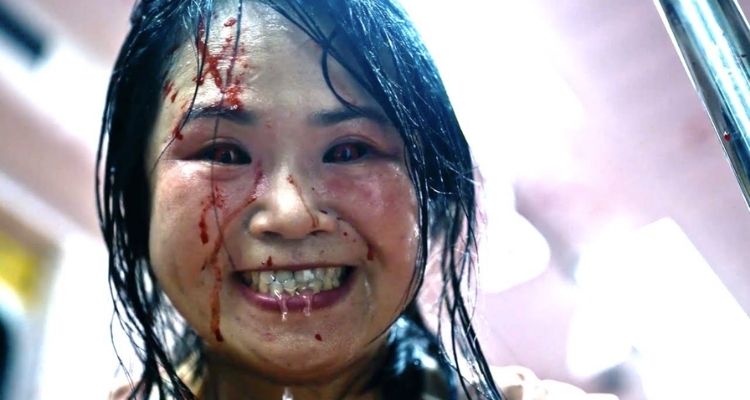 Let’s make this simple: if you’re the kind of horror fan who likes gore, this is a bloody fantastic rollercoaster of high-tension mayhem, from start to finish.
If not, do not go anywhere near this film!

The Sadness is streaming now on Shudder