Suspiria without Argento’s soul poured into the little details that made it a work of art is something that worries me as much as it excites.

What little I could find on the remake has me unsure but hopeful of what to expect as an uncredited extra from the original, Daria Nicolodi, is given shared credit for writing alongside Dabid Kajganich, with Luca Guadagnino directing.

Argento is still credited for the character creation as a writer and it is here we find the brightest ray of hope for the remake; those playing Dario’s characters.

Where in the original the acting at times brought you out of the story, the cast billed for the remake offer experience of doing quite the opposite. 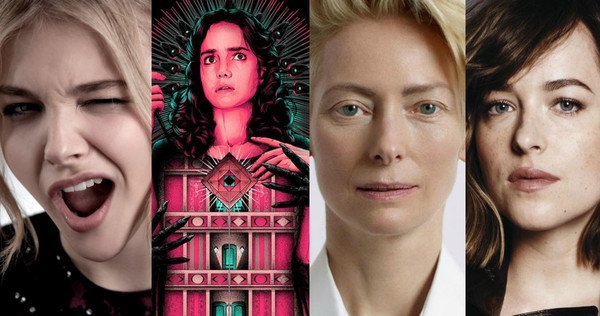 Tilda Swindon is a legend amongst the acting world, an ethereal maestro when allowed to show off her talent and has been cast as Madame Blanc, a member of staff who works at the school where the story takes place. This to me solidifies a possible and brilliant foe for the tale.

Dakota Johnson plays the lead role of Susie Bannion, and from previous work has shown an ability to act although perhaps not yet pushed to her full potential.

Chloe Grace Moretz plays another student of the school alongside Mia Goth. From any number of Chloe’s previous works such as Kickass, the Carrie remake and The Equalizer, she has proven herself to be a gifted actress, willing to step beyond her comfort zone.

With such talent leading the troupe, hope is again obvious and though I have not seen Guadagnino’s previous work, or the writers beyond Daria Nicolodi’s walk-on in the original, I must say I am optimistic.

Suspiria could now perhaps be considered a classic tale, and as such could be retold just as well through very different means. It might be Hamlet of the horror world, and as a fan of such works, I am excited to see how a great story is retold through the actions of such an esteemed leading cast.

Suspiria as it was cannot be remade, but the plot of the film with its characters and places can be retold through new and dedicated talent.

So long as said cast pull it off, and they do not attempt a scene for scene reworking for remastered effect, Suspiria 2017 could well be a decent addition to the wave of new talent that has begun to emerge from the genre.

As it stands, there is not much to form a full opinion just yet.  So I remain open-minded – and quietly hopeful!