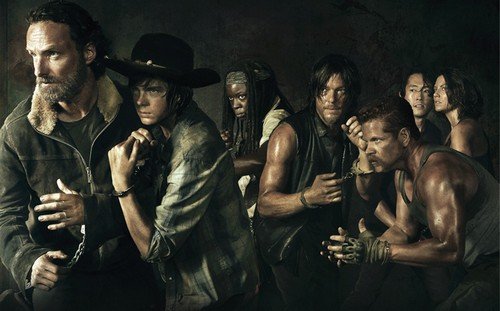 Another trailer for something I’m really excited for was recently released, and I know a lot of you have a love/hate relationship with the show but The Walking Dead really looks like it’s about to grip us by the brains!

If you follow the series then you’ll know all about Rick and Morgan’s friendship and be just as shocked as I was that it looks like a brutal Rick VS Morgan showdown might be about to happen. It’s disappointing as both their characters have different merits, although from their recent behaviours and developments it’s clear the two have very contrasting ideas.

Alexandria looks set for a shit storm consisting of the group and hordes upon hordes of ravaging zombies, which is what we like to see. It also looks like Daryl is going to encounter some rather unfriendly survivors in the woods.

Some people mentioned season 5 being a little slow, which I can kind of agree with, although I still found it compelling and I think that a slow burning atmosphere builds the tension for season 6, and then the real carnage will begin.

What do you reckon will happen in the next season? Let us know over at @londonhorrorsociety