As a huge fan of horror on stage, I was counting down the days to the release of 2:22 in theatre, after seeing its teaser on Instagram back in the summer. As soon as I could, I booked almost-front-row seats and scrolled the internet for any spoilers I could find (I’m one of those weird people who likes to know what to expect from everything I watch before watching it!) 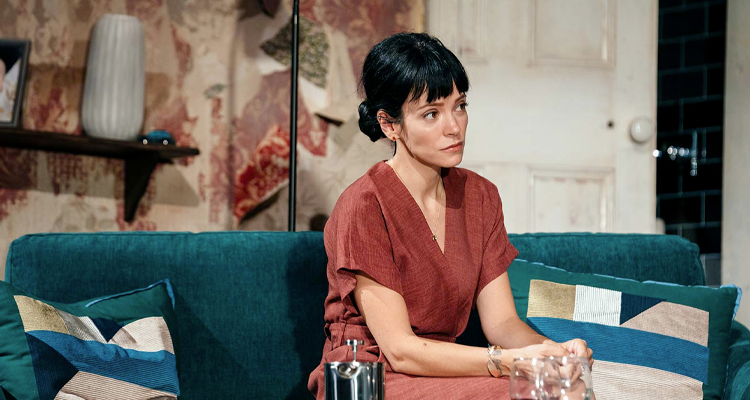 Besides knowing that 2:22 had a decent cast, the production team had done a good job at keeping much of the plot a secret. When I saw it back in August, Lily Allen and Jake Wood were two of the four lead actors and they were brilliant, especially Wood. You would probably know him best as Max Brannon in Eastenders, A decent actor wasted in a soap opera for 14 years. To be fair, I don’t think I appreciated him until I saw him on stage. I didn’t know what to expect from Allen, as besides singing along to a few of her tracks, I didn’t know much about her, let alone that she could act! Anyway, I went into the theatre knowing the bare minimum – that I was about to watch a ghost story and similarly to The Woman in Black, you could count the cast on one hand. 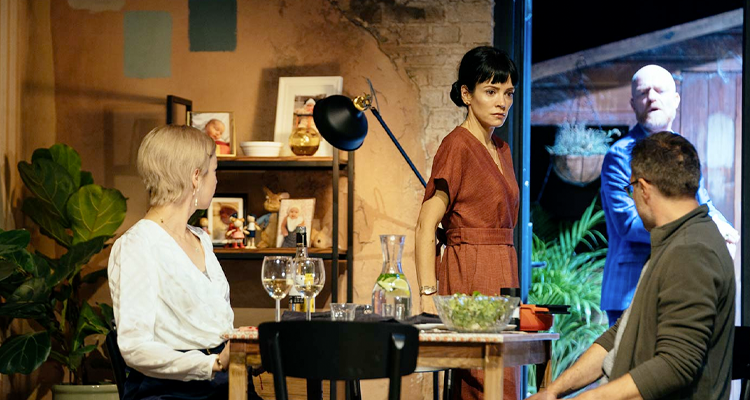 The curtains lift to unveil a scene set in the house of estranged couple, Jenny (Allen) and Sam (Hadley Fraser, who is not shy to the West End), who have recently had a baby. The story unfolds that of a slightly disillusioned Jenny, who appears to still be suffering from baby-brain, and believes her house is haunted and is, quite crudely, ridiculed by her husband, Sam. Friends, Ben (Wood) and Lauren (Julia Chan, I didn’t recognise her but some might from her success in several American TV series), arrive for dinner and it is on this night when everything seems to blow up between them.

Like Ghost Story, which was around in theatre a few years ago, the audience is drawn into the debate of whether there is something supernatural going on or whether it is just the illusive imagination of our protagonist. Of course, there is a huge twist which I did see coming unfortunately, but from the gasps around me it was obvious that most of the audience didn’t. 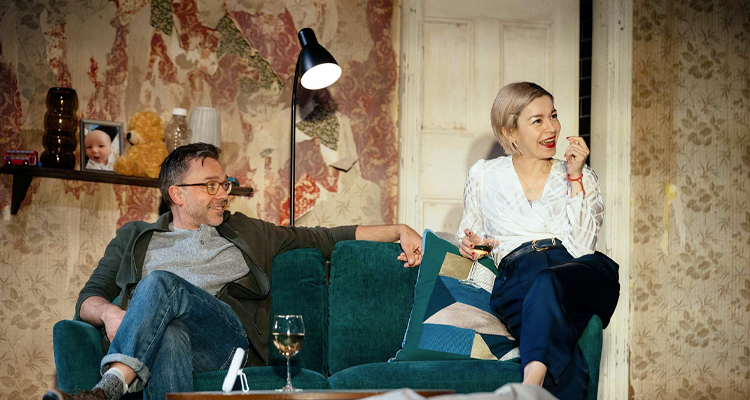 Within minutes of the show starting, the audience around me was screaming followed by that nervous laugh that people tend to do when they realise everyone has just witnessed them crapping their pants – myself included. There are lots of jump scares and tense atmospheric moments that really get you thinking. Realistic dialogue, set and characters – you can relate to the family even if you haven’t experienced paranormal activity yourself. It’s funny at times too, which I think is so important with a show like this, it allows the audience to relax into a false sense of contentedness, before shaking them into a terrifying sense of reality. It unfolds at a reasonable pace, and at no point was I checking the time for when I could get some ice cream, quite the contrary.

The original cast has now been replaced for its stage return, which is a shame, but would seem to be equally impressive. I’m not sure how long 2:22 will be on stage in its return, so I suggest that you get yourself tickets while you still can.

2:22 is returning to the stage from 4 December at the Gielgud Theatre. Book tickets here.