And the fantastic news is that London Horror Society friends can now get 20% off tickets, by using the code QUESTIONOMICON at the check out! 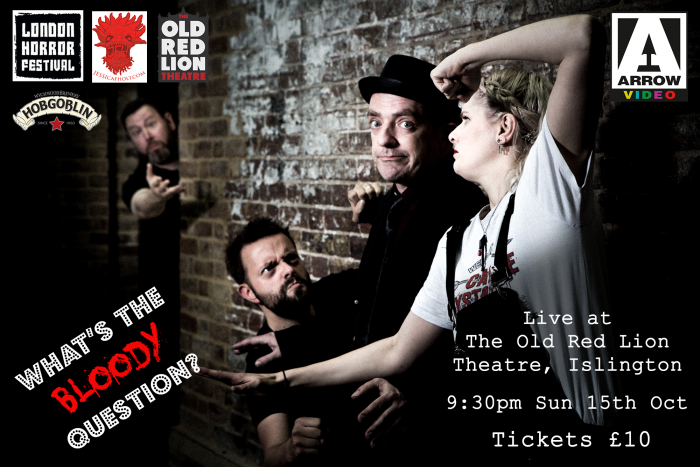 What can you expect?

Two teams pit their horror wits against each other in a battle of knowledge, skill, creativity and… well, probably play-doh actually.

Will the mysterious Questionomicon continue to vex our valiant competitors? Will presenter Tony Sands be able to harness the sheer power of the Dice Of Doom? Will The Score Keeper, Damon Rickard have enough fingers to calculate the points?

All will be decided on the day of reckoning. Or as it’s sometimes known to mere mortals… Sunday, 15th October at 9:30pm.

And what’s that you see top right of that picture up there?  That’s right!  We’re delighted to announce that this showing is sponsored by none other than the fabulous Arrow Video!

This means that there might well be a few freebies being passed around… making those limited number of remaining tickets even more valuable!

So What Are The Teams?

Joining Chris on Team LHS are none other than the Twins Macabre! 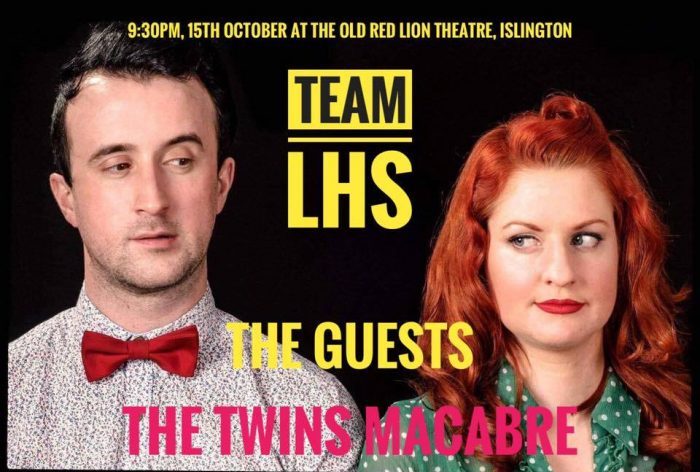 The Twins Macabre are a dark horror-comedy duo as featured on BBC3’s Live at the Electric and BBC Radio 4’s Sketchorama.

And on Team LHF… 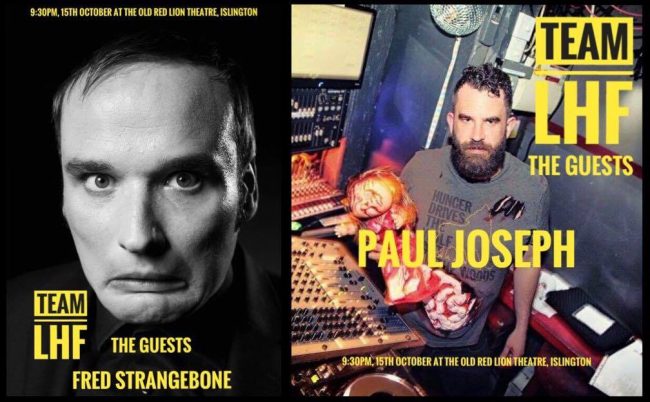 Paul is the creator of PopHorror that mashes up Pop and Horror, usually with a bad pun (“I Should Be So Chucky”)

He produced last year’s Brexit Chainsaw Massacre and this year brings Felix Le Freak’s Shockbuster Video to the LHF. Paul is also a DJ, with a penchant for the ’80s.

Fred has recently moved from London to the seaside town of Mortor regis to write poetry and grow a beard. He has been described as a ‘An on the buses era Bowie’ by Time Out ‘A loveable goon’ by Younger Theatre and ‘A quiet loner who kept himself to himself’ by his neighbours.

Interests include staring, listening to the clock tick and waiting for the the local pizza/chicken/tandoori restaurant to put a menu through the letterbox.