With the Krampus season fully upon us, here are my top 10 horror plays that you need on your Christmas list.

10 – The Ferryman by Jez Butterworth

Ex-IRA activist, Quinn Carney is celebrating the harvest with his family.

Until news arrives regarding the disappearance of his brother ten years ago. 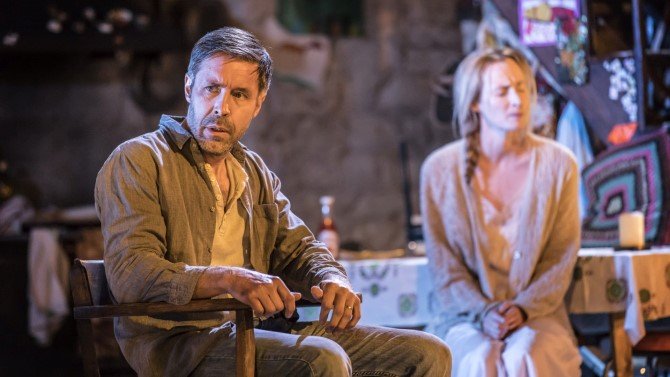 Butterworth’s previous works include Mojo, Jerusalem and, of all things, Skyfall.

Few will call The Ferryman a horror and even fewer will say that Butterworth is a horror writer but there’s something undeniably eerie about his latest play.

The ghosts from the past come back to traumatise a family that’s trying to move on.

And the banshees outside have once again started to scream.

Set in a fancy hotel room in Leeds, middle-aged journalist, Ian brings back young and emotionally unstable, Cate for a night of debauchery.

The next morning, a soldier appears, the stage is blown apart and Ian goes through a series of harrowing experiences, some involving a dead baby. 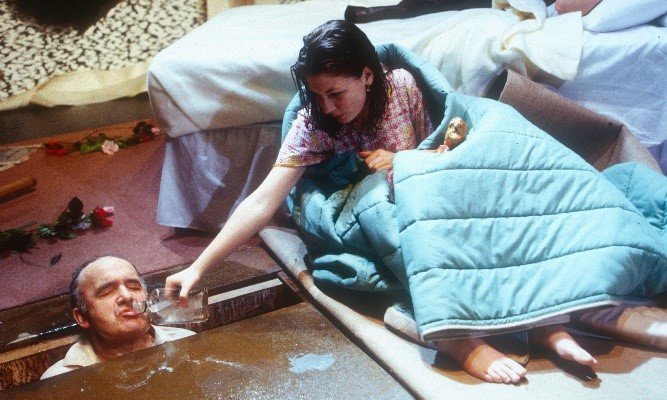 Experiencing a Kane play is like having a nightmare.

The further in you go, the more unexpected it gets, yet there’s an internal logic to it.

It plays by its own rules; ones you can’t understand yet.

But, incredibly, there’s love amidst the violence.

Kane manages to find moments of tenderness amongst the blood, rape and explosions.

After a victorious military win, Scottish General, Macbeth is approached by three witches who give him a prophecy: he shall soon be king.

Upon hearing the news, the ambitious Lady Macbeth decides there is nothing she and her husband won’t do to ensure that the prophecy comes true.

Written in 1606 by (you may have heard of him) William Shakespeare, “The Scottish Play” is famous for bringing centuries of bad luck to theatres. 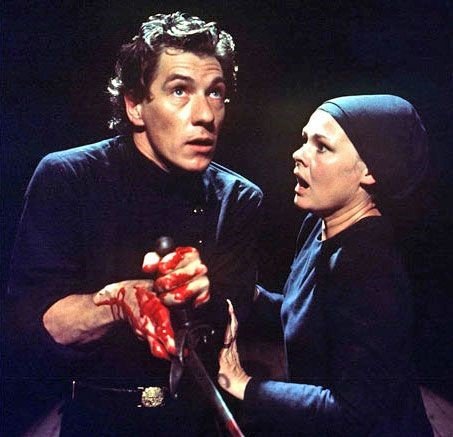 Superstitious thespians dread the day someone utters the word “Macbeth” in a theatre (*turns around three times and spits on the floor*).

The three witches are famously creepy, wayward sisters that cannot be of this earth yet are stood right in front of you.

But the lengths Lady M and her hubby are willing to go to seize power are terrifying in themselves.

Especially when the ghosts of their victims start returning.

(Also, there are mentions of horses breaking free and eating each other, which is always disturbing).

7 – The Weir by Conor McPherson

In a remote pub, deep in the Irish countryside, a group of locals try to impress a woman from old Dublin town with tales of horror, folklore and mystery.

But as the stories flow and the pints are poured, the regulars are challenged with the true meaning of horror.

Written in 1997, The Weir was Dublin-born Conor McPherson’s breakthrough play, winning him a Laurence Olivier Award for Best New Play. 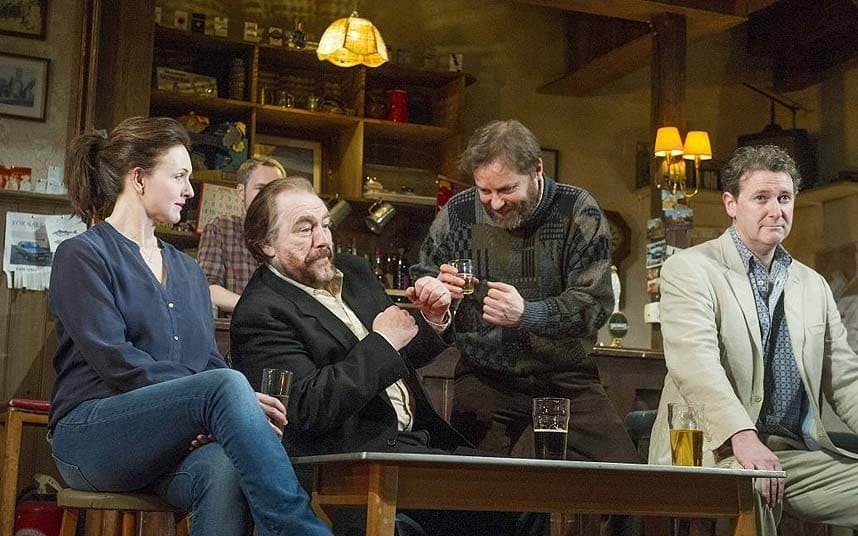 Since then he’s written multiple award-winning plays, most recently the Old Vic’s Bob Dylan musical, Girl from the North Country.

The yarns McPherson’s characters spin are unsettling enough in themselves; full of tapping on windows, women on the stairs and men stood across the street watching.

But it’s the young woman, Valerie’s contribution that gives the horror a fresh, real perspective.

One to remind you that the world’s greatest horrors are far from fictional.

6 – The Pitchfork Disney by Philip Ridley

Brother and sister, Presley and Haley sit in an East London flat, living off fantasy games and chocolate. Until two men appear at the window. 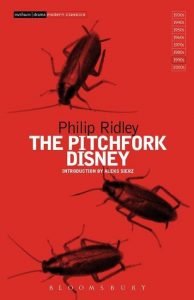 One doesn’t speak. And the other says he’s very, very sick.

Part of Ridley’s ‘East End Gothic Trilogy’, some say the play helped kick-in the “In-yer-face” theatrical genre that swept through Britain in the 90’s.

The play moves like a dream, as grown men eat insects and people speak of snakes being cooked in a frying pan.

And there’s this constant fear of the threats outside coming in to wreak havoc in an otherwise safe space.

What change will it force in with it?

Young couple, Elias and Jenny stop by a B&B in Gettysburg, Pennsylvania for a little winter getaway when something starts pulling at the strings of their relationship. 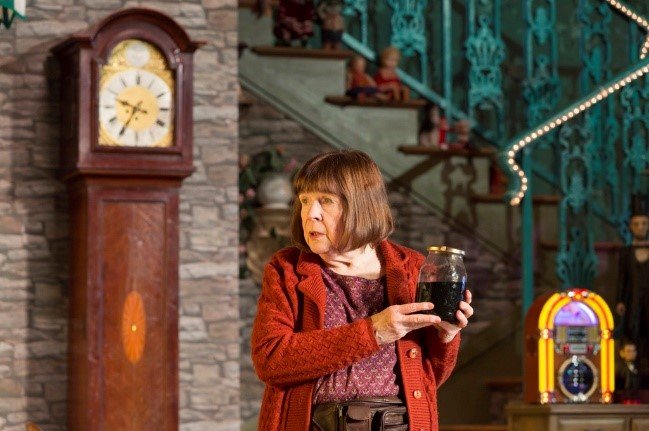 Is it them? Or is it something else…?

Written by award-winning American playwright, Annie Baker John debuted in the States in 2015.

It made its way across the pond to the National Theatre in 2018.

Baker’s renowned for her naturalistic dialogue, her long pauses and her incredibly long running times.

Rich with references to Civil War battlefields and chaotic snowstorms, John has this lingering sense that some higher power is at work.

When Elias reads some unknown lingo in his landlady’s diary, the piano in the corner starts playing itself.

Whatever this higher power is, we doubt it’s a nice one.

(Plus, the entire stage is covered with a hundred china dolls, which is always unnerving).

A series of absurd vignettes, 70 Scenes Of Hallowe’en follows Jeff and Joan sitting out All

Hallows’ Eve in front of the TV, as trick or treaters and God knows what else linger outside.

Written by American playwright, Jeffrey M. Jones in 1980, this play is a (very) semi-autobiographical exploration of a relationship that collapses in the suffocating swamp of American suburbia.

As comical as they are horrifying, each scene stitches together a thoroughly disturbing tapestry of beasts at the window, ghosts under the stairs and a whole calf’s head in the freezer.

But what’s especially unsettling is the feeling that everything’s connected.

But you’re never sure how.

3 – The Room by Harold Pinter

Not to be confused with Tommy Wiseau’s cult catastrophe, The Room was Harold Pinter’s debut play.

First performed in 1957, it follows 60-year-old Rose and the unsettling visitors she gets in her flat as she waits for her husband to return. 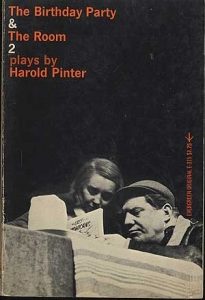 The master of menace, Pinter was one of the most prominent British playwrights of the second half of the 20th century and winner of the 2005 Nobel Prize laureate for Literature.

Famous for his pauses and masterful rhythm, Pinter’s plays include The Birthday Party, The Caretaker and No Man’s Land.

This one-act ‘comedy of menace’ is deeply unsettling for multiple reasons.

Characters ignore each other, avoid each other’s questions and make unspecified accusations that drip with mystery.

But it’s ‘the room’ itself that’s so incredibly unnerving because we’re never sure which one it is.

Is it the dark basement where the walls run, and nobody remembers who lives there?

Or is it the landlord’s room, that’s never described and no one, the landlord included, can find?

Or is it Rose’s room? One she’ll never leave but is, apparently, up for sale.

Described by the writer as a wild western in space, X follows five astronauts lost on a mission in deep space, waiting to hear from home.

Bursting onto the scene in 2011 with Brilliant Adventures, Alistair McDowall is known for plays that present a puzzle that’s always one step ahead of you. 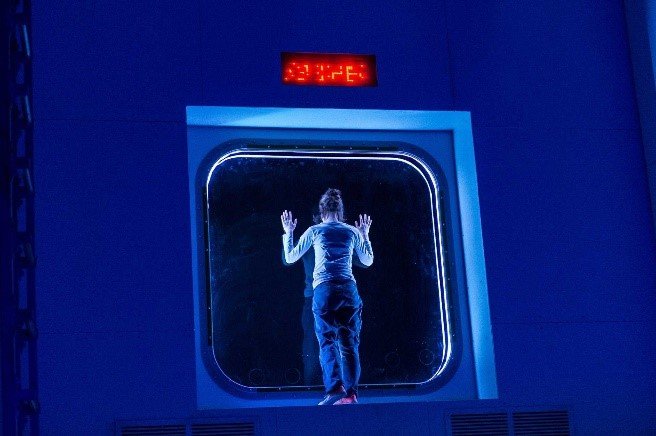 Normal people in a normal situation (even if they’re on Pluto).

The audience feel comfortable that they know what’s going on.

Sense starts to spiral out of control, people start disappearing and someone swears they can hear a Nightingale.

What’s the time? What day is it? Whose blood is that on the outside of the window?

1 – The Pillowman by Martin McDonagh

Katurian Katurian Katurian (yes, that’s his name) has been arrested by the secret police of a totalitarian state for the disturbing parallels between his short stories and a series of child murders that’ve happened in the area.

First performed at the Cottesloe Theatre in 2003, the black comedy featured David Tennant and Jim Broadbent. 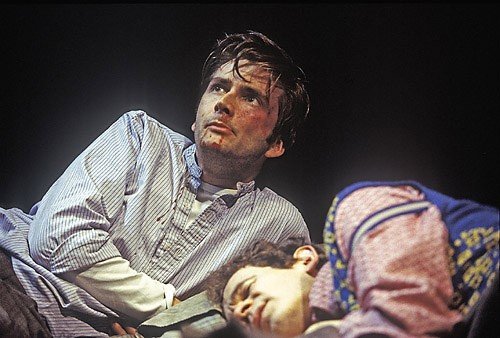 Written by the award-winning writer and director of In Bruges and Three Billboards Outside Ebbing Missouri, Martin McDonagh is renowned for dark humour, brutal violence and fitting as many swearwords as f***ing possible into one f***ing sentence.

When I first read The Pillowman, I closed my copy at the end of Act 1 and looked over my shoulder. Just in case.

Not only are Katurian’s stories themselves deeply unsettling but they’re worked into the narrative in such shockingly, gut-wrenching ways that audiences audibly gasp when watching.

Also, McDonagh has this incredible ability to leave you convinced you know what’s going to happen but then diverts that expectation, leaving you shocked, appalled and horribly satisfied.