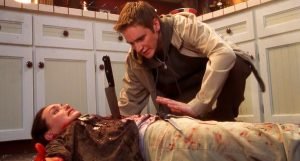 October or HorrOctober is a special month for the sole reason that it’s Halloween.

It’s when we bring back horror classics, dressing up as serial killers, or ghosts is acceptable, and every cinema is screening your favourite horrors.

This October, Prince Charles Cinema is bringing back horror classics for us to enjoy almost every single night!

HorrOctober: A Month of Screams, Chills, Blood and Guts

There will be one-off screenings, reruns, marathons, double features and all-nighters. I know this is heaven to us horror buffs but, unfortunately, it’s impossible for me to check out all these delights. Instead, here are my top 5 events at PCC’s HorrOctober 2018:

The third film to be screened will be Julia Ducournau’s Raw, one of the best films of 2017 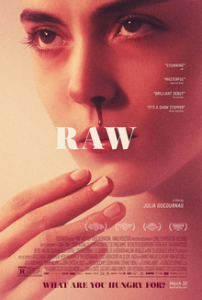 and a FrightFest favourite. It tells the story of vegetarian Justine, who enrols at veterinary school.

She is forced to partake in a series of extreme hazings where she and the other freshers are smeared with blood and forced to eat raw meat.

Fortunately, her older sister, Alexia helps her during the hazing but not for long. Justine finally tastes meat and realises she will never be the same.

Her hunger for raw meat intensifies and she never feels full and is ready to go to extreme lengths to satisfy her hunger.

Raw debuted in Cannes and caused commotion when members of the audience left the cinema because they felt sick.

And although the film is fairly new, it’s a fantastic opportunity to watch it again on the big screen. 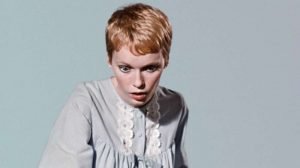 Six films, one ticket! This marathon is the perfect chance to watch six great horror classics in one go.

Better yet, there are two chances to catch it, so you have no excuse.

This is a terrific opportunity to catch horrors that have (and still do) contributed so much to the genre.

There’s no doubt that Carpenter’s Halloween is showing. Celebrating its 40th birthday this year, it’s always a pleasure to watch this classic on the big screen.

PCC will screen this masterpiece nine times! So, there’s really no excuse to miss it. Especially as it’s your chance to watch it on the big screen before the new installment is released.

Nothing will make the 2018 film feel more like a direct continuation from the first than watching both in the same week.

An American Werewolf in London

Next is one of my personal favourites. This film combines comedy and horror and Landis’s filmography makes it a very fun and enjoyable film. 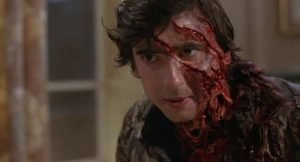 Moreover, feelings are getting hurt, David! If not for the storyline, the film should be praised for its astonishing make-up effects alone.

My final top pick is another all-nighter and a dream come true.

I can’t think of anything more fun than this horror film marathon. With the greatest films from the 90’s, there will be comedy, death and a truckload of teen hormones oozing from the screen. 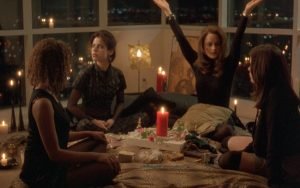 Starting with the underrated The Craft with none other than Neve Campbell.

Four teenage witches who use witchcraft for their own gain whilst parading in the best of 90s fashion? Yes, please!

Next is Craven’s Scream. Teenagers running from a masked serial killer whilst making jokes about other horror films? Bring it on!

Followed by teenagers running from their past decisions and a killer with a hook in I Know What You Did Last Year.

Then there are more killer regrets in Urban Legend and a dose of “no one understands me” teenage angst in The Faculty.

Finally, the classic “you can run but you can’t hide” with a twist in Final Destination.

There’s only one chance to be part of this marathon and I’m already buzzing.

And on behalf of all of us horror fans, we thank you Prince Charles Cinema!