I’ve never really been a fan of Friday the 13th—I know, I know, blasphemy, but there it is.

I enjoy the original and I think Tom Savini’s effects work particularly stands up, but the franchise really isn’t one I go back to in the way I do with A Nightmare on Elm Street and Scream.

Another thing I’ve never really been on board with are fan films—I’ve always taken the view that if you’re going to go to the effort of making a film, why not make something completely original?

So I was beyond surprised one day when I found myself, not only watching, but really enjoying the Friday the 13th fan film Never Hike Alone.

I loved it. Unreservedly. 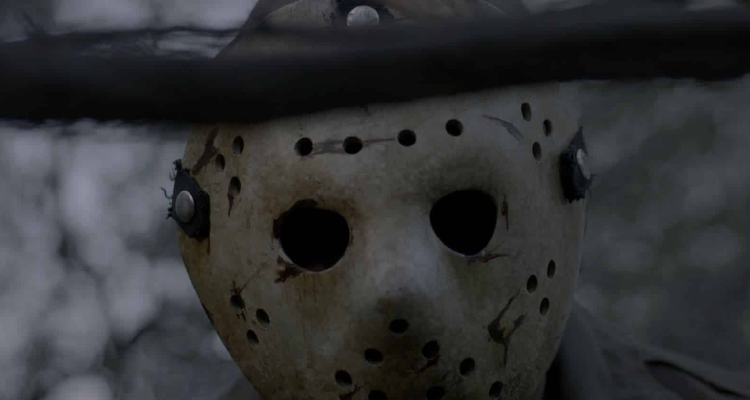 I’m still working my way through a reappraisal of the Friday the 13th films, but I’ve had a deep dive into fan films and what this has taught me is how wrong I was in my previous attitude to these films. When I asked Vincente DiSanti of Womp Stomp Productions about their interest in producing fan films he said that for something which seems simple:

“Fans films actually take a lot of hard work and preparation to complete, just as any other production. There are also a few extra legal and fundraising hurdles that are specific to fan films that most people don’t know about. Quite often our team will help other production companies navigate those waters and benefit from avoiding some of the mistakes and learning from the positive discoveries we made along the way. I personally have found a lot of personal satisfaction in seeing other teams flourish under our guidance and build the confidence they need to make bigger and better content for themselves.”

Due to the number of available platforms and accessibility of equipment, fan films are being made and consumed by more people than ever and the films I’ve selected showcase skill and ambition by the filmmakers, as well as passion for the films they pay homage to.

So, taking into consideration the hard work and skill which goes into fan films, I’ve emerged from my deep dive with my top five that covers the broad spectrum that horror fan films have to offer—the good and the utterly strange…

This is a bizarre film, the sort of film that could only exist because of fans. It’s Halloween meets Gremlins—instead of remembering not to feed your mogwai after midnight, you’ve got to get the Halloween comic back to the store before midnight—mixed with Toy Soldiers via Weird Science.

Simply put, it’s all over the place, but in an extremely enjoyable meta way.

4. The Confession of Freddy Kreuger

It would be hard not to include an entry from the world of A Nightmare on Elm Street in this list. Fan films come from a place of deep rooted love for their source material and there’s a lot of love out there for the somnambulist slasher. I’ve opted for The Confession of Freddy Kreuger, but I could just as easily have gone for In Dreams or Don’t Fall Asleep (which features Nightmare superfan Diandra Lazor).

The Confession of Freddy Kreuger tells a simple story expanding on the origin story of the Springwood slasher, examining the motives behind Kreuger’s crimes through a police interview and flashbacks full of Dutch angles and throbbing 80s synths. You can tell the film is building to climax and the acting is a little over the top, but the story is interesting enough to get you through these moments.

Look out for the little Easter Eggs in the Wanted posters.

3. No More Souls: One More Slice of Sensation

A semi-official short, written and directed by Gary J. Tunnicliffe over a decade before he would direct the sorely underrated Hellraiser: Judgement.

Philosophical, theatrical and bloody, this short sees Pinhead after a final war has wiped out humankind—facing immortality without the possibility of more souls to harvest, he takes the final slice of sensation and opens the lament configuration himself.

This is a taut short filmed in the basement of filmmaker Martin Leon Lindstedt’s apartment building and the tension it delivers put me in mind of what I love about the original Alien.

This simple story of a Xenamorph stalking a lone woman in a suburban environment is suspenseful, ambitious and well made. That the Xenamorph was animated using a free 3D model reveals a skilled and resourceful filmmaker.

The fan film that started me on my exploration of fan films.

Never Hike Alone runs at just shy of an hour and the story it tells is both simple and ambitious. Vincente DiSanti explained that inspiration for this lay in “my core fears of what I imagined running into Jason would be like as a child. I grew up on a lake surrounded by forest, so I know a thing or two about what it feels like to look over your shoulder wondering if Jason was near”.

What this approach brings to Never Hike Alone is the reality of the situation—it’s easy to see yourself in Kyle’s unwelcome position.

For fans of the franchise, there will be a number of Easter Eggs—the ones that I picked up on were placed with wit and subtlety—never getting in the way of the storytelling. The appearance of Thom Mathews as Tommy Jarvis is a brilliant move that cements this as a Friday the 13th story, rather than a slasher story shoehorned into Camp Crystal Lake.

There you have it, my top five fan films. In reality, these films are the tip of an iceberg which stretches deep underwater. If you decided to explore these subterranean depths, you will be richly rewarded. As DiSanti puts it:

“Fan films are not about trying to sell or make profit, but rather show a side to a well known subject that only you as a filmmaker can say. Most of these stories and subject matters will never be touched by major studios, instead fan films give the horror fandom an outlet to ideas that fans themselves are willing to support, circulate, and discuss.”