This is a list of 5 horror films that I believe have unique, interesting and original plots. I’ve always loved films that pushed past the grain to create something creative and so magnificently different from the norm.

In no particular order, first on this list is: 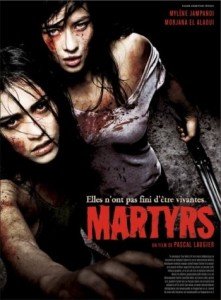 This film is about the revenge of a young woman who, as a child, was kidnapped and tormented alongside her friend, leaving them both helpless victims. I know it sounds like a typical revenge plot but there’s always been something about this film that I find so intriguing.

The cinematography is superb, and the torture scenes are brutal. One thing that’s always stuck with me is reading about the people that abuse her and how they believed that if you inflict enough pain on someone without killing them, they can reach a place beyond death. Martyrs is quite an experience; jumpy, continuously scary, and brutal, my three favourite things in one place. To conclude, I believe that this French masterpiece is a must watch!

Next on the list we have a slightly lesser-known film, but in my opinion a must see nevertheless. 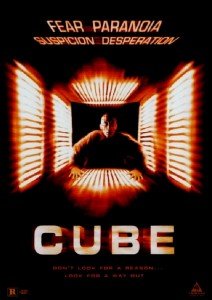 Cube is a psychological horror about a group of people who wake up in a cube containing six hatches: one on the floor, ceiling and four on the walls. After looking through each of these hatches they discover that each of the hatches just lead to more identical cubes, just with different colour schemes. The people initially wake up alone but of course end up finding each other eventually.

Whilst navigating their way through these peculiar cubes, they eventually discover that some of the cubes have traps in them which can be activated in a number of ways such as movement, noise or pressure and so together they must find a way to safely navigate the maze to find a way out and/or an answer as to why and how they ended up there. This film is one of my favourites as I’ve always thought it had such a unique plot – films with complex stories and unsolved puzzles have always intrigued me.

This film reminds me of both The Exam and The Killing Room, both of which are largely based on puzzles and team efforts to find out more about what they’re meant to be doing etc etc, although neither of those are horror films and so they unfortunately didn’t make the list. (Still worth a watch though).

Did someone say traps? Next we have one you should all have heard of. 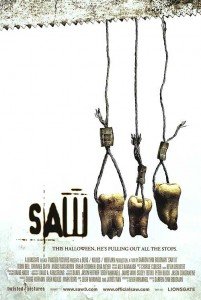 Now firstly I should mention that when I speak about the Saw Franchise I am really talking about Saw 2-7 and not so much the first one as it wasn’t so much focused on the traps, as the story. The Saw films will always be my favourite series due to the ridiculously complex story, the attention to detail, and the rewatch-ability. Saw is about a terminally ill man called John Kramer who, after being told he was going to die, decides that a lot of people need to be more appreciative of the lives they have and so goes out of his own way to kidnap certain individuals and put them in a life-or-death situation. Typically they would then have a time limit to endure a certain amount of pain that would ultimately lead to their freedom or to totally chicken out and…well…die.

This is such an innovative series, with a strong story and a good amount of blood and gore’ I strongly suggest you check out this classic.

Speaking of blood and gore, this next film has a lot to offer. 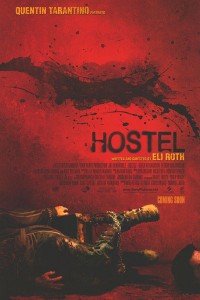 There are 3 films in the Hostel Trilogy and each one is slightly different but fairly similar. It sort of has a progressive pattern to it. In Hostel number one three backpackers find themselves in Slovakia before being kidnapped and sold to sadistic rich people with a thirst for blood.

The rich then proceed to torture and kill them (in an ideal world). Then the second film came along where again, rich people pay to torture the kidnapped tourists. Before finally the third film came along with a slightly different twist. Instead of paying to torture someone alone privately in a room, they would pay to watch a show where they would then bid on the method in which they wanted someone to kill the person live on stage for them.

These were some really disturbing yet interesting ideas in my opinion and this trilogy is highly entertaining and indulging.

Finally on my list we have yet another, (yes I know), torture film known as: 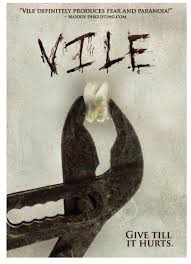 The twist in this film is really quite different than the other torture-porn films. In this film a group of ten people have been kidnapped and put in a house. They then have 22 hours to escape…however, the method in which they need to escape is by filling up a vial which has been implanted in the base of their skulls, and how do they fill this vial you ask? With the brain fluid produced during times of extreme pain.

So this film is literally 88 minutes of people trying to willingly torture themselves and each other to escape this house by using a joint-effort method of filling up a certain percentage of each of their vials.
I thought this was such a creative piece of work that again, I can watch this film over and over and I have yet to see other films of this calibre but the search is still on!

To conclude, these films are really great if you’re into psychological thriller type films with a goal and a set of restrictions. These genre films are my bread and butter so hopefully this list got you excited enough to check them out!