Rock music and horror are a match made in hell; from the haunting blues of Robert Johnson to Tom Savini working on masks for Slipknot’s 2019 album We Are Not Your Kind.

So, with that in mind, here’s my Filthy Five of horror films that embrace the world of rock and metal.

5. We Summon the Darkness

There’s nothing in We Summon the Darkness which is going to take you massively by surprise, but for anyone with a love of rock and metal – and even a passing interest in the Satanic Panic of the 1980s – this is a really good film. 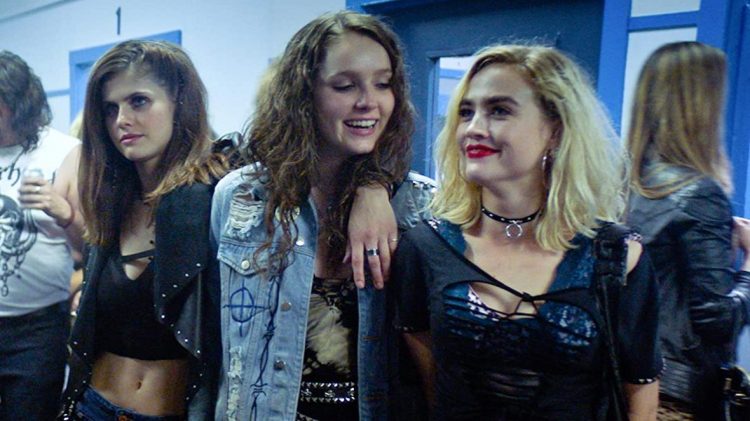 It’s strange to look back on a time when there was a very real fear of this subversive music—it’s hard to imagine people being scared about the influence of bands like Bring Me The Horizon on young ears!

The cast seem to really enjoy their roles (especially Alexandra Daddario and Johnny Knocksville), and this enjoyment translates into the film as a whole. A great blend of horror and rock.

The world of Norwegian Black Metal is one ripe for horror.

Its abrasive, low-fi sound and aesthetics are combined with the controversies of church burning, devil worshipping, and murders of  Magne Andreassen and, the central figure of the early Black Metal movement, Euronymous. 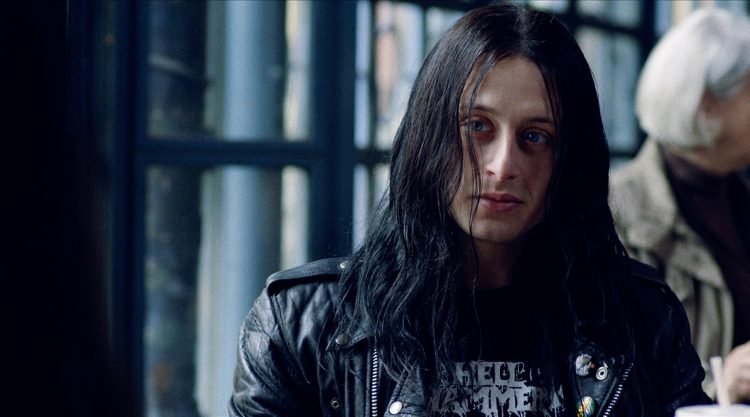 The 2018 Lords of Chaos is a horror-thriller which explores the Black Metal scene from the perspective of Euronymous, played by Rory Culkin.

Lords of Chaos is a divisive film. Some of the real life figures featured have decried it, and there were reviews which claimed that Jonas Åkerlund was ‘punching down in his approach to Black Metal’.

I think Lords of Chaos is an interesting take on an important (and controversial) period in the history of metal, but it might have been better served by a film with more of a low-fi, indie filmmaking approach to match the scene it was exploring.

A bizarre mishmash of The Breakfast Club and The Evil Dead.

The standout effect from Kevin Yagher (he of Hellraiser Bloodlines) featuring green smoke is reminiscent of the infamous tree scene in Evil Dead, but less extreme, and culminates in a lovely melting-ear situation.

The tone of 1986’s Trick or Treat is odd, but the infrequent horror moments, and the darker comedy hint, are good enough to put up with the less effective sections.

This is definitely a film for a niche market; so if the thought of a mumbling Ozzy Osbourne playing a televangelist interests you, and you like gnidrocer sdrawkcab (backwards recording) then you’ll probably love this.

It’s a fun piece of 80s nostalgia, looking at a time when rock and metal were considered dangerous (always remember Twisted Sister were included in the Filthy Fifteen list and Judas Priest were sued for subliminal messages in their Stained Glass album).

New Zealand has a great track record when it comes to horror comedy—Black Sheep, What we do in the Shadows and Deathgasm.

There’s a very simple test to see if this is a film for you: Does the idea of a heavy metal Evil Dead sound good to you? If your answer is yes (and it really should be) then I think you’ll love Deathgasm. 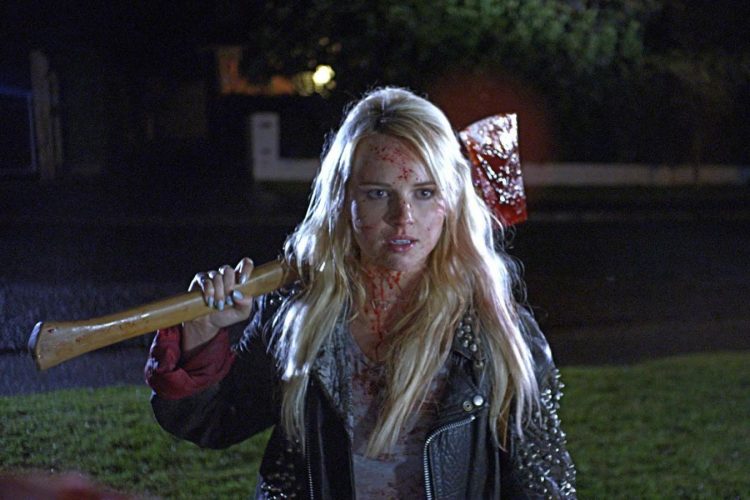 Instead of a Necronomicon, there’s a demon summoning riff. It’s so full of metal references that a drinking game I was involved in – with the rule “drink whenever there’s a metal reference” – had to be abandoned after ten minutes.

Where Trick or Treat was unsure of what it was, Deathgasm hits the hybrid tone of horror comedy perfectly.

Apparently, when Patrick Stewart first read the screenplay of Green Room, he had to have a stiff drink (and lock his doors). Most likely interview hyperbole, but it sounds good.

Jeremy Saulnier’s horror, largely set in the green room of a white supremacist bar, is, in a word, wonderful. 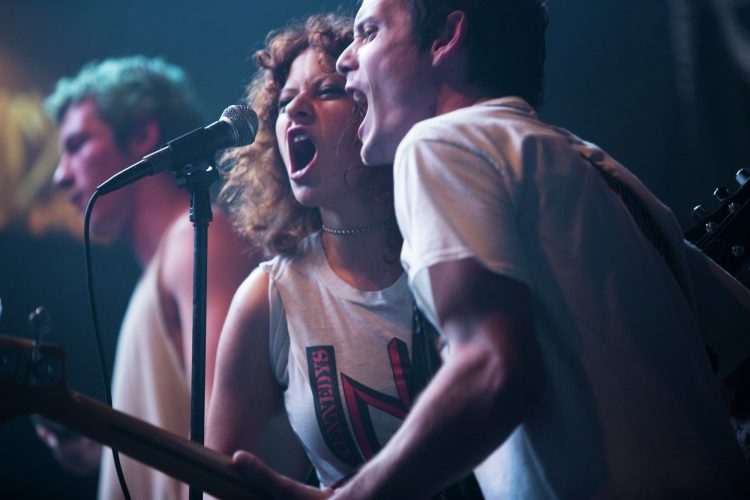 The scene where hardcore band, The Ain’t Rights, cover the Dead Kennedy’s “Nazi Punks Fuck Off” to a hostile white supremacist audience sums up the dark humour, palpable tension, and threat of violence that permeates this film.

It’s a tense, taut horror with characters who are not equipped to deal with the situation they find themselves in. The performances across the board are brilliant (so good that Patrick Stewart’s slightly dubious American accent is forgiven).

Jeremy Saulnier captures what’s it’s like to be in a struggling band – taking questionable gigs, facing intimidating audiences. Plus, the music is great.

It also serves as a reminder of the huge loss to cinema. Anton Yelchin’s untimely death was a massive talent lost far too soon.