Netflix’s dark reimagining Chilling Adventures of Sabrina will raise some eyebrows (as well as some pulses given the gruesome side of the show) among fans of the original.

The mere mention of Sabrina the Teenage Witch to a person of a certain vintage will conjure memories of Melissa Joan Hart, canned laughter and talking cats with a snarky 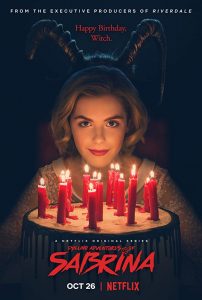 I am happy to report that Chilling Adventures of Sabrina is a sharp, atmospheric and surprisingly mature take on the source material.

As Sabrina herself is a spin-off character from ‘Archie’ comics, Chilling Adventures of Sabrina is a spin off from the re-imagined Riverdale.

Transforming and updating the characters to suit our modern sensibilities, the show is a strong rebuttal to the patriarchy of organised religion and aims to establish Sabrina as a strong, feminist hero for the ‘#metoo’ generation.

We start a couple of days before the sixteenth birthday of Sabrina Spellman (Kiernan Shipka), half-human, half-witch.

At the witching hour of her birthday, Sabrina is destined to take part in her Dark Baptism.

It’s a ceremony that will forever pledge her soul to Satan in exchange for incredible power and entry to the Church of Night.

For the purpose of avoiding spoilers, we will leave the plot details there for now, but suffice to say we follow Sabrina as she struggles with the idea of giving her immortal soul over to the Dark Lord.

Ambrose is under house arrest following a botched attempt to blow up the Vatican, which itself is a tantalising plot point I would like to see the show revisit. 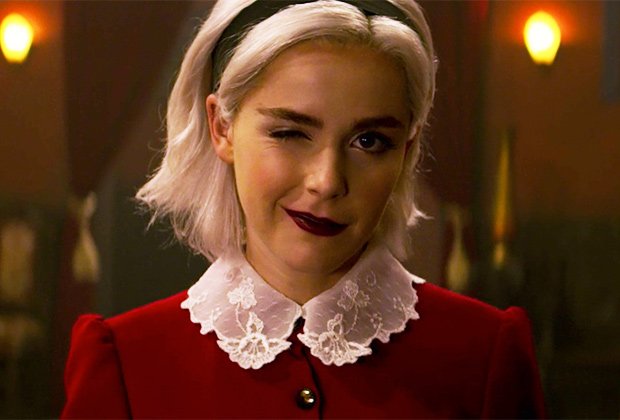 The show’s main through line follows Sabrina as she is torn between her two natures, with characters from both sides of her life pulling and vying for her attention.

The Church of Night demands that Sabrina sever ties with the mortal world in order to devote herself to the dark arts, but she remains anchored in our world by her friends and boyfriend, Henry (Ross Lynch).

The relationship between the two is sweetly played, filling our quota of teen angst while introducing some interesting supernatural elements; their relationship runs the gamut all the way from memory-altering spells to flesh hungry zombies (eat your heart out, Dawson’s Creek).

The thing that strikes me most about this show is its darkness.

Netflix has delivered a series that doesn’t shy away from the blood and horror that a show about witchcraft and devil worship would demand.

The manifestation of Satan, in all his goaty-glory, is well realised and quietly unsettling; this is Satan from the Bible.

A demon intent on collecting souls and causing havoc.

You can imagine the amount of grief heading Netflix’s way from the more intense side of the Church given the Beelzebub’s central role in proceedings.

But the show is at pains to be clear that Satan is the villain of the piece here. 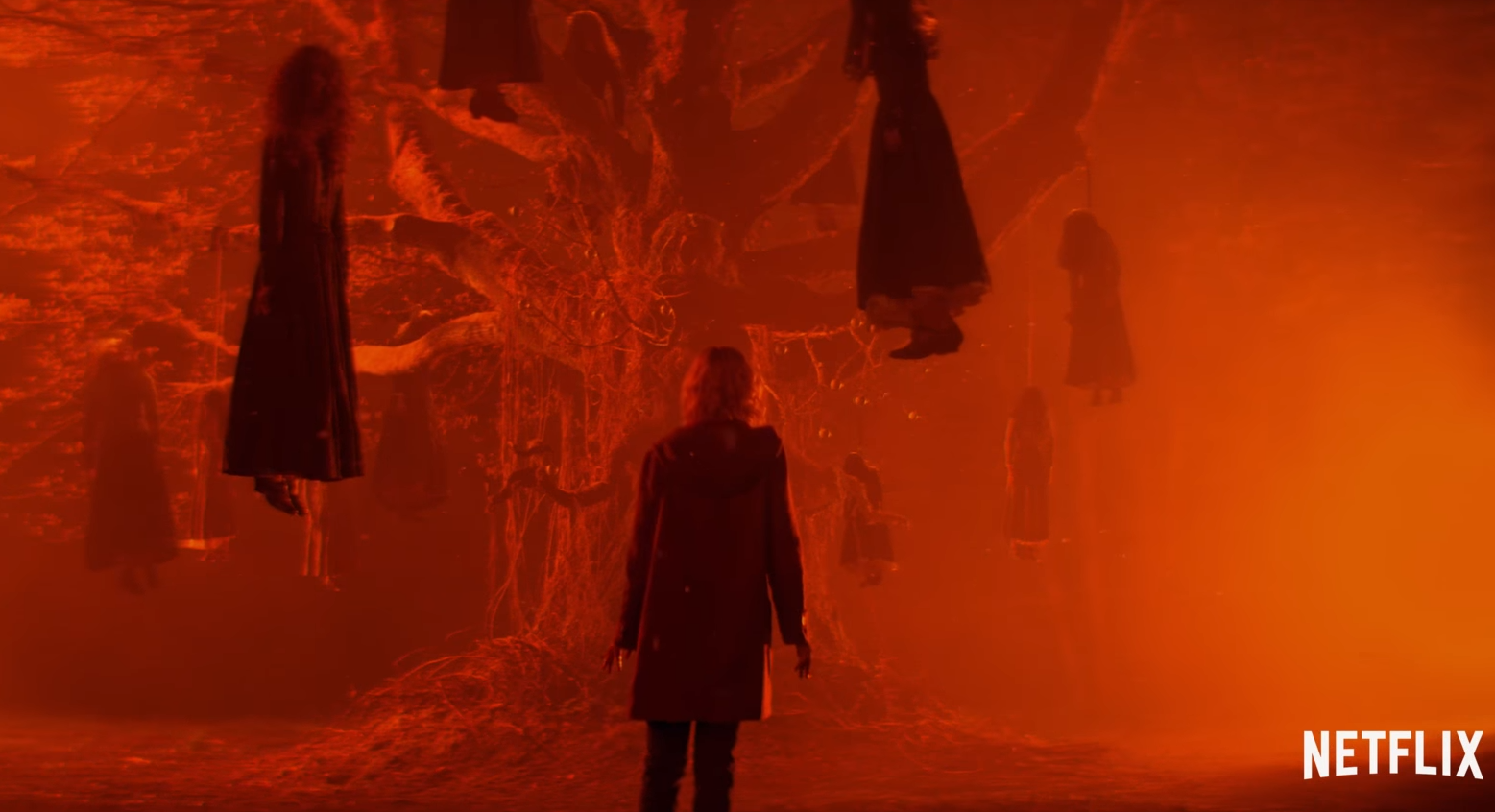 The show is beautifully shot, with special effects well produced and implemented with restraint.

Most of our action scenes play out at night, allowing the directors to play with shadows and build tension for the audience; the dark itself almost becoming a character.

A dream-like blurring of the edges of the camera frame adds to the disorientating and off-kilter vibe.

But what is truly remarkable is that a show so wrapped in Satanism can deliver a central character so likeable, flawed and relatable.

Shipka gives Sabrina an admirable resolve and an innate likeability as we follow her through the season’s trials and tribulations.

Sabrina occasionally makes infuriating decisions, but Shipka does a great job in keeping us on side with the character; letting us understand her motivations.

Even if we can often see at a safe distance that she is doomed to disaster.

She is ably helped by a great cast of recurring characters:

Prudence (Tati Gabrielle), a classmate at the Academy of Unseen Arts who undercuts the ‘mean-girls’ trope and gives surprising depth to what could’ve been a one note character.

Father Blackwood (Richard Coyle), the High Priest and Headmaster at the Academy of Unseen Arts, who plays up the nauseating patriarchal elements of the role to perfection.

And the show’s secret weapon in Mary Wardell, played with an otherworldly malevolence by Doctor Who’s Michelle Gomez.

The show is by no means perfect.

The Academy of Unseen Arts is mentioned several times before we see it and the build-up doesn’t match the meagre pay off.

What sounded like a satanic Hogwarts in dialogue, feels like it consists of a dozen pupils, one hallway and three well-decorated rooms.

Also, much like with other Netflix shows, the season does struggle a little mid-way when the season arc stalls, making me think that a couple of episodes could’ve been trimmed for pacing. 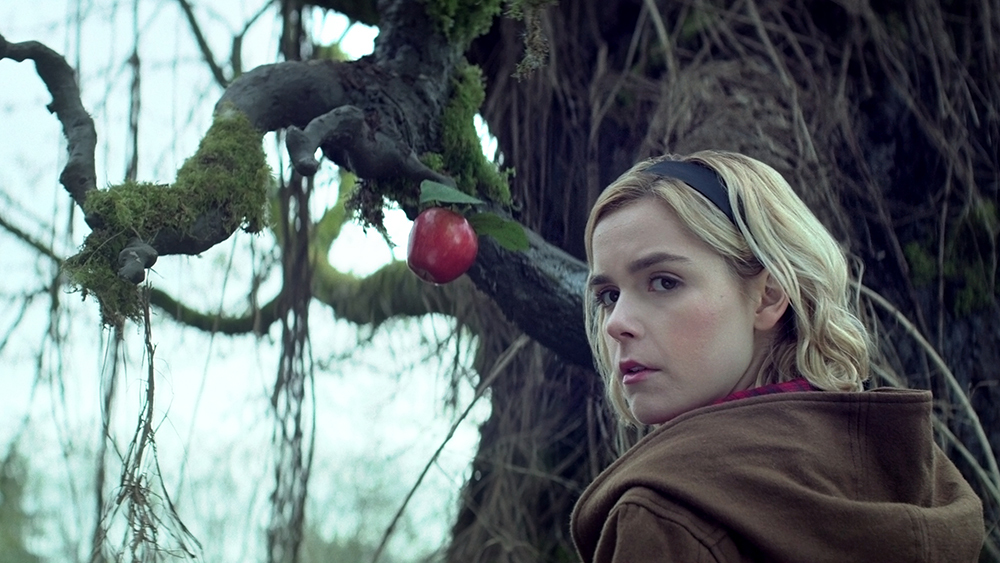 Chilling Adventures of Sabrina experiments with a possession storyline around the halfway point to try and pass the lull, but it feels out of place with the rest of the season’s originality and wit.

In its poorer moments, the possession scenes play out like the kind of parody you would see in Scary Movie, with the actor playing the possessed feeling like he stepped in from another show.

But these are small grumbles in what is a very good first season of Chilling Adventures of Sabrina.

Our characters, from the central to the periphery, all grow as people and react to the horrifying events around them.

The season ends in such a strong fashion that the ‘Holiday Special’ episode coming on 14th December cannot come soon enough.