From Sky Germany comes Hausen, a dark and twisted tale of urban rot filled with mystery, horror and despair. Rarely does a show so effectively get under the viewer’s skin in such a brief period, but by the end of watching episode two the grime and filth of the titular housing complex will make you long for a week-long shower. 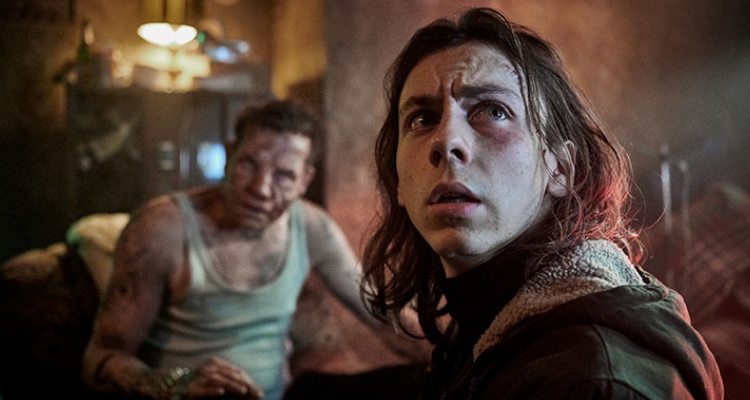 Our story follows Juri (Tristan Göbel) and his father Jaschek (Charly Hübner) who arrive in the middle of the night to a run-down housing complex in some unknown German city. Jaschek has been hired to be the new building manager, a job that perhaps no mere mortal can cope with. Juri soon discovers that the building contains an array of inexplicable events and characters, with each maze-like floor of the complex more dangerous than the last.

Hausen is one of the bleakest shows around; the abject squalor that we find most of the residents living in is beyond grim, with dilapidated rooms and freezing cold apartments making up the bulk of the resident abodes. The show is dark and grungy, with the camera shooting in such a fashion that even natural light in the middle of the afternoon seems muted and dull. The world of Hausen is one of perpetual darkness, where the enormous high-rise building stretches high into a skyline shrouded forever in mist, its peak seemingly and ominously endless.

The first two episodes of the show introduce plenty of unsettling mysteries to be solved, and a core duo who are worth investing in. Juri is our guide through the building, while his hulking father broods from floor to floor, repairing and working on the run-down complex as best he can. Both are nursing the loss of their mother and wife respectively, and while Juri seems tied inexorably to her memory, Jaschek and his pragmatism is desperately trying to pull both he and his son forward and on with the rest of their lives. Whether or not the dark forces living in the walls of their new home will allow them to or not, remains to be seen. 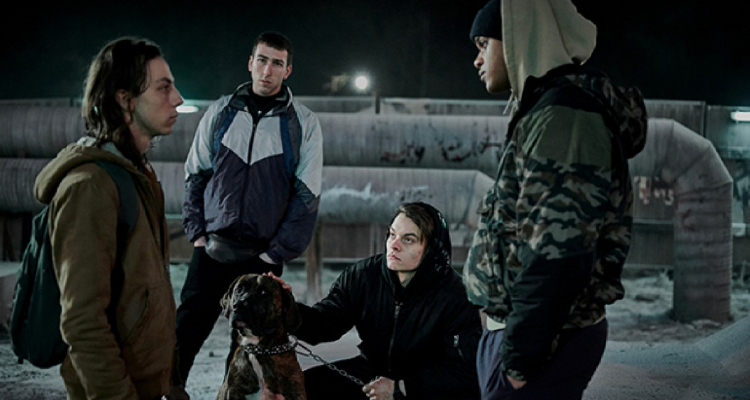 Cliché though it may be, I can rarely think of another show where the building itself is as much of a character as the complex in Hausen is. Thick, viscus black-gunge oozes from the steel piping that provides the building with its warmth, an ooze that seems to have a mind of its own when left unchecked. Corridors lead to rooms that shouldn’t exist, locked gates appear and disappear from nowhere, changing the layout and design of the floors with each shift. While the true threat of the piece is yet to reveal itself, the building may perhaps prove to be the show’s true villain.

Hausen is full of unsettling imagery and nightmarish soundscapes; from the haggard and frightening homeless man that Juri encounters in our opening scene (someone who definitely is not all that he seems) to the harrowing cries of a missing baby echoing throughout the entire building, there is no rest to be found in the walls of this structure. Hausen seems to have something to say about those on the bottom rung of the societal ladder, crammed into unliveable conditions like rats forced to live in a perpetual gloom from which there can be no escape. The show takes it’s time to show a comradery among its inhabitants, with a touching scene in the opening episode of those worst off having a whip-round to buy food for a starving child. Little moments like that help to invest in the plight of those living within the damned structure in which poverty holds them prisoner. 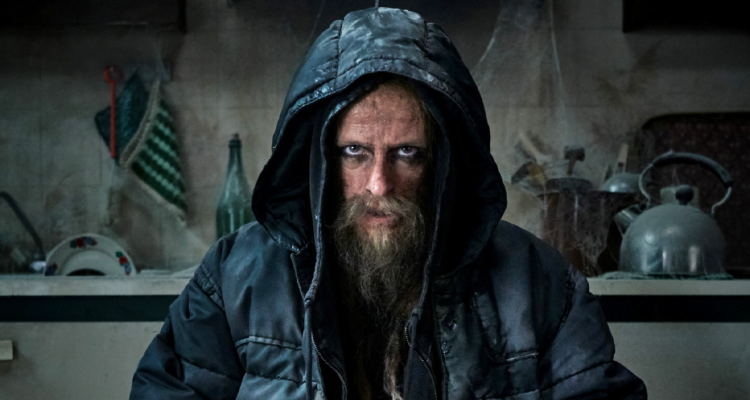 Hausen gets off to a strong start, creating a world that feels off-kilter and bizarre, but takes the time to populate it with characters who are both engaging and intriguing. It has its own unique look, where the misery and gloom seems to infect every frame of the show with paranoia and dread, drawing the viewer further into its black heart. The show’s mysteries are neatly hinted at in its opening salvo, peppering enough creepy moments along the way to hook the viewer into the next episode. This reviewer has cautiously rented a room to see how the mysteries of Hausen unfold.

I just hope it lets me out when its done.

Hausen is coming to Sky Atlantic on 26 March.