Love, Death & Robots burst onto Netflix in 2018 to universal acclaim. A collection of eighteen short-animated films that embraced some or all of the anthology titles three archetypes, the series delivered stories and animation styles that were as diverse as they were bizarre. Featuring adaptations of work from sci-fi writer Alastair Reynolds and original content from teams around the world, the series managed to produce a beautiful anthology that scratched the itch of science fiction, horror and comedy fans in equal measure. 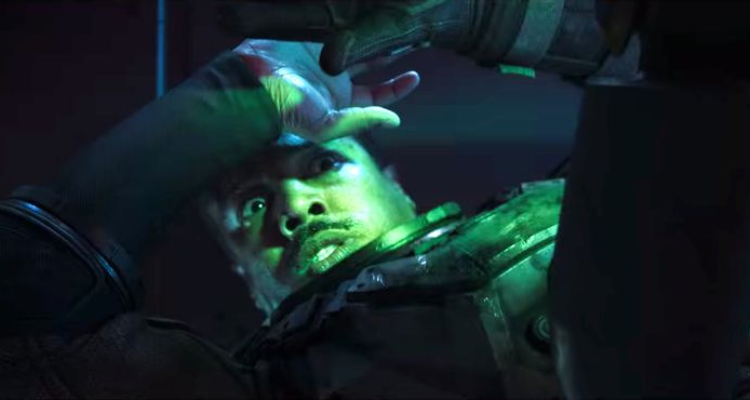 Returning to Netflix after a two-year hiatus, Love, Death & Robots season 2 delivers a collection of work that, though much shorter than the original, contain just as much artistic ambition as it’s predecessor. Like season one, there are some stories that don’t work as well as others. And while the original has eighteen shorts to choose from, the eight on offer here unfortunately mean that the misses are a lot more noticeable.

Featuring animation styles from all around the world (America, France, Scotland and England all represent), it is refreshing to see that the stories being told are equally as diverse. From a brilliantly funny satire on the role technology plays in our life (‘Automated Customer Service’) to action packed meditations on the nature of existence (‘Snow in the Desert’), every taste is catered for throughout each segment of the show. With each short running anywhere between seven to eighteen minutes, when you do encounter a segment that doesn’t click for you there will be another one along in a moment to take its place. 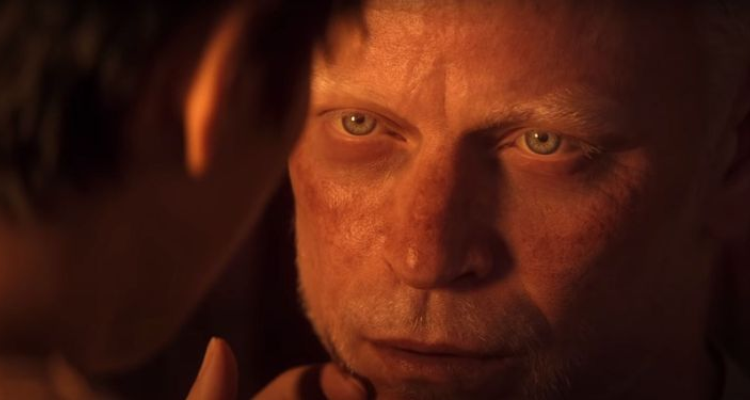 For me, the stand-out segment is the photo-realistic ‘Snow in the Desert’, an eighteen-minute film that zips along at a frenetic pace with a charming, roguish protagonist who is as effortlessly cool as he is dangerous. In what little time we spend in his company, every moment builds a perfect picture of the futuristic world he inhabits and the rules he is forced to live by. Of all of the shorts, it is the one most suited to a longer treatment down the road, even if it feels as though the story is told in full by the end.

‘In the Tall Grass’ is a beautifully realised piece on top of a somewhat slight story, with a train passenger encountering s group of flesh hungry demons in the long grass beside an unexpected train stop. Like a moving painting, the artwork is gorgeous and does its best to make up for a tale that feels a little one note. ‘Pop Squad’ takes place in a dystopian future where it is illegal to have children as the human race has effectively found a way to live forever, abandoning the need for ‘breeders’. The performances are strong, (Nolan North in particular delivers a really heart-felt character) and the story well told, but this tale contains some story beats that are pitch black in their cynicism and your enjoyment of it may be coloured by your tolerance for such things. 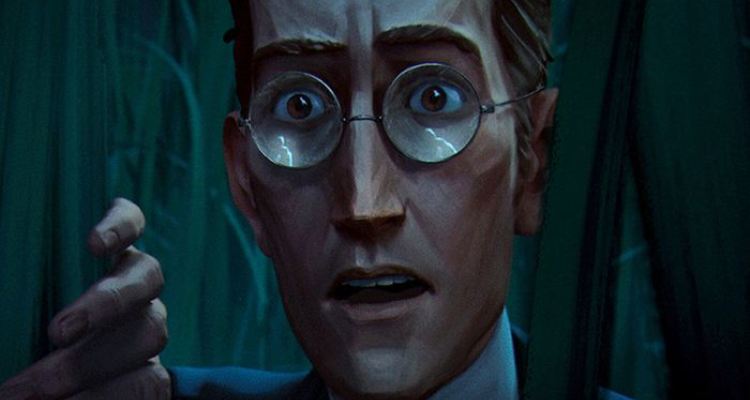 Based on a Harlan Ellison short comes ‘Life-Hutch’. Starring a photo-realistic Michael B. Jordan as an injured pilot trapped in a bunker with a malfunctioning security drone, programmed to kill anything that moves, this is the story that I connected with least. While the images are amazing and the likeness uncanny, the story feels disconnected and a little scattershot.

A new Christmas favourite can be found in the form of ‘All Through the House’, a cautionary tale for naughty children who just can’t resist sneaking downstairs to steal a peek of not-so-jolly St Nick. The creature design on show in this episode is horribly gooey and the episode ends on a neat joke that will send a tingle down the spine and bump the gooses of any kids watching. 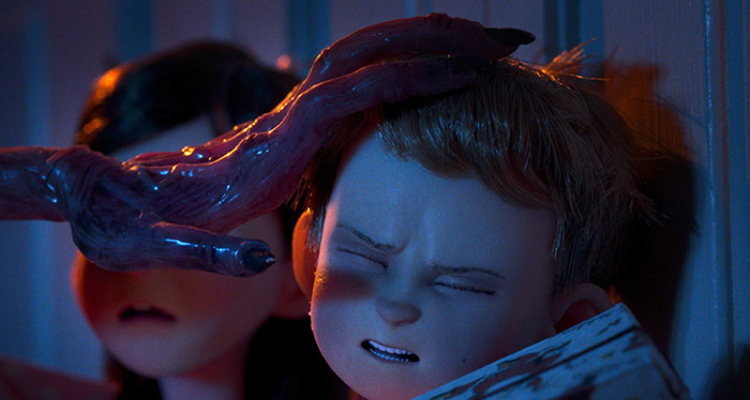 ‘Ice’ is another of the episodes I found hard to connect with, with a visual style that is utterly unique but a generic story that offers little beyond the short’s bombastic imagery. ‘Automated Customer Services’ is a fun introduction to the series, as a retirement community in the glorious Florida sunshine falls prey to a machine revolt that is silly and enjoyable. Featuring moments of delightful slapstick and over the top lunacy, it flies by delivering a plethora of great visual gags on the way.

The series ends with ‘The Drowned Giant’, based on a J.G Ballard novella of the same name. One morning the corpse of a young giant inexplicably washes up on the shores of some unnamed fishing village. A stunning meditation on existence and the power of perspective, there is a rich vein of poetry running through the piece that matches the muted colours of the dialogue free story. It acts as a mournful epilogue to the series, lingering with the viewer in the days after watching. 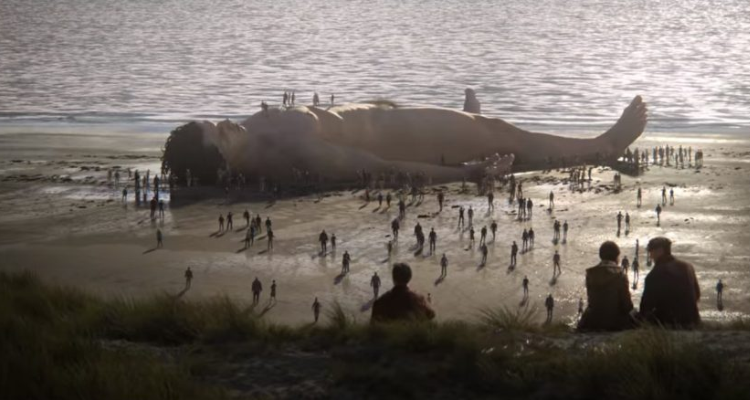 Love Death and Robot’s difficult second album proves to be well worth your time. Delivering a diverse collection that will find different peaks and troughs with each viewer, the tales on offer all have their own unique spin on similar motifs. While some don’t hit the heights as readily as others, I would argue that each segment has something to recommend at least one viewing. And any anthology with a story as strong as ‘The Drowned Giant’ is one that is worth your time.