It is late in the day in The Haunting of Bly Manor when one of the characters comments that the tale being told is not so much a ghost story, but a love story.

In many ways, some of the great ghost stories are tales of lost love and tragic endings, and just how much mileage you will get from the series depends on what type of tale you are hoping to find. 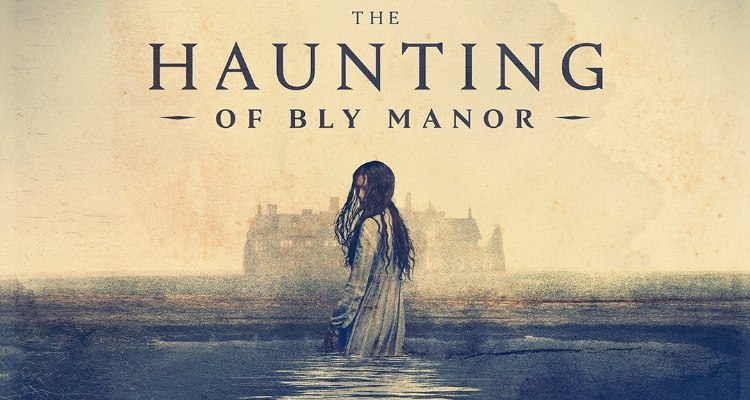 Mike Flanagan terrified audiences in 2018 with the terrific The Haunting of Hill House, a fairly loose adaptation of Shirley Jackson’s famous novel.

He weaved a complicated narrative as interested in the drama of the Crain family as much as it was in their shared horrors. What he crafted was a ten-part horror film that was expertly paced, occasionally terrifying and always compelling.

Bly Manor was always going to struggle against the cultural behemoth that Hill House had become, and so wisely the show decides to stand alongside its sister production with a ghost story that while creepy, gothic and atmospheric, really makes its mark in a far different fashion.

Where Hill House undeniably crafted something that lingers in the memory with its chilling visuals and compelling drama, Bly Manor will linger just as long in the heart.

A reworking of Henry James’ novella The Turn of the Screw, Bly Manor see’s Victoria Pedretti’s American au pair Dani moving into a lavish English country estate to look after two precocious children who have been orphaned by some off-screen tragedy.

Hired by the children’s Uncle Henry (Henry Thomas), Dani arrives at Bly with her own troubled past that compels her to cover all mirrors in her room, lest something wicked lurk there. 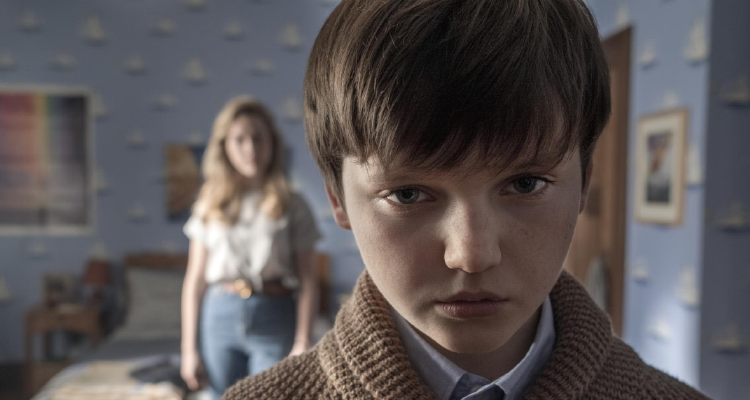 The children, Miles (Benjamin Evan Ainsworth) and Flora (Amelie Bea Smith), stay in the manor with live-in housekeeper Hannah (T’Nia Miller) who has been looking after them since the passing of their previous au pair, Miss Jessel (Tahirah Sharif).

Their uncle remains distant in both geographical and emotional senses as he loses himself at the bottom of a bottle of whiskey to avoid the ghost of guilt he carries with him.

As Dani spends more time at Bly, she comes to understand that something is wrong in the manor, and that the two children under her care may be hiding something dark, dangerous and old.

Bly Manor is a show intent on confronting ghosts of both the supernatural and the emotional. Ghosts of traumatic memories, reaching out through the swirls of time to tightly hold onto the hearts of our characters; of hollow, mournful spirits that both the living and the dead can become when memory fades, leaving behind only a residue of what they once were. 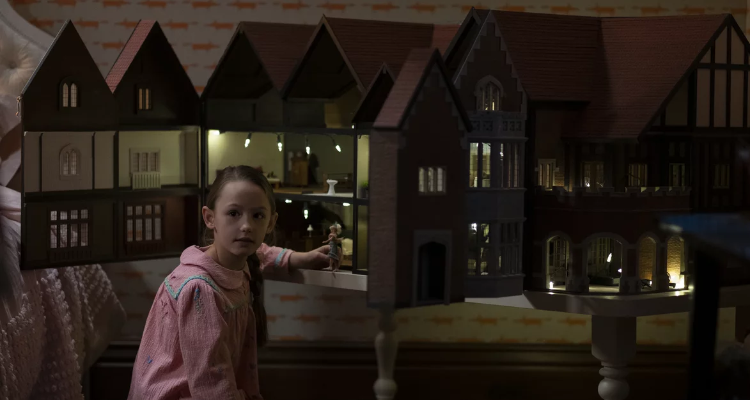 Indeed, Bly Manor feels like a work that has a lot to say about the power of memory, which bleeds into the show in a virulent strain of melancholy which aches and tugs at the heartstrings as the puzzle-box of the series slowly reveals its secrets.

While Mike Flanagan directed the entirety of Hill House, this time around he directs only the opening chapter of the story. Doing so allows some new names in horror to step up to the plate and craft a segment of the tale.

Most notably, British director Liam Gavin (director of the criminally under seen gem, A Dark Place) takes the helm for a couple of pivotal episodes of the series which shed light on some of Bly’s confounding mysteries.

In the astounding episode five, ‘The Altar of the Dead’, T’Nia Miller’s mysterious Hannah Grose is given the spotlight and delivers a performance both heartfelt and heart-breaking as she comes to understand the rules of a game she hadn’t realised she had been playing. 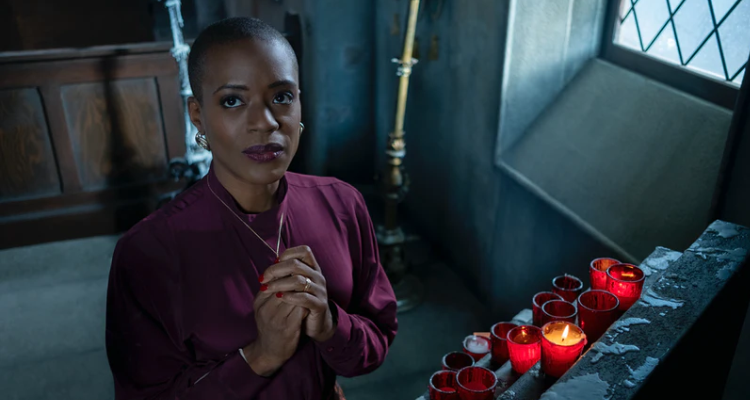 Her relationship with Rahul Kohli’s Chef, Owen, is one of the series highlights; a subtle undercurrent of longing and love bubbling between the two with every glance and winsome smile over a shared cup of tea.

The set design on Bly Manor is jaw dropping, the huge manor feeling expansive and rich with history from the outset. The grounds of the manor, with its own graveyard, lake and church, feel like they have been cherry-picked from horror classics past and arranged together in a mysterious and sprawling playground.

The sound design is great, with a score borrowed in places from Hill House which is both beautiful and moving.

The elephant in the room here is not the Plague Doctor standing in the corner or the faceless boy hiding in the attic, but the troublesome matter of the casts’ accents. 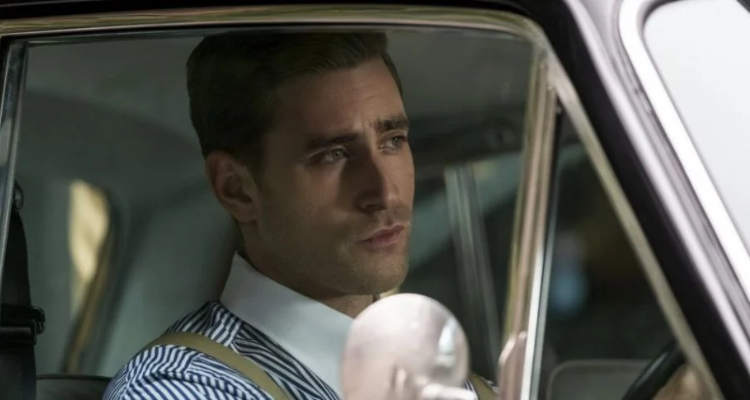 While Bly retains the services of several American actors from its predecessor, the British setting insists that some stretch their acting muscles a little too far. For every solid accent such as Oliver Jackson-Cohen’s Connery-esque Scottish brogue, there is a Jeeves and Wooster alike utterance from the mouth of Henry Thomas.

For me, the actors did well enough that I was able to normalise their accent in my head after the initial surprise, but understandably for others it may prove a sticking point.

Dani’s tale is our through line in Bly, and the slow reveal of her story proves to be one of the series strengths. A budding relationship with gardener Jamie (Amelia Eve) is sweetly played and allowed to blossom over the course of the show, with the redemptive and restorative power of love being a theme threaded throughout the series. 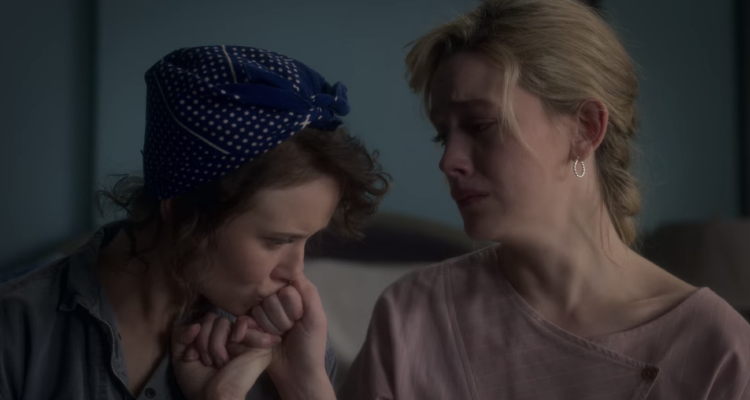 With room to breathe over nine episodes, almost no character is left underserved. Ostensibly the villain of the peace, Oliver Jackson-Cohen’s Peter, proves to be a rich and difficult character whose motives and drives are both sad and infuriating. His tortured relationship and treatment of Miss Jessel proves to be a cornerstone for much of the horror at Bly, dragging all around him into his own private nightmare as he struggles to hold on to what he once had.

Of course, the show is not without it’s more traditional ghosts, chief of which being The Lady of the Lake. A character of pure malevolence and terror, she stalks the halls of Bly with a chilling indifference to the living, spotted around the house a handful of times before she makes her first shocking, violent introduction.

A faceless, ethereal figure who proves much more tangible than she at first appears, The Lady of the Lake provides the show with some of its stand out scares and haunting moments.

Her story is told in full in episode eight ‘The Romance of Certain Old Clothes’ which at times feels like it could be a stand-alone horror short, filmed in glorious black and white, which gives the episode a sixties horror vibe that adds to the atmosphere. 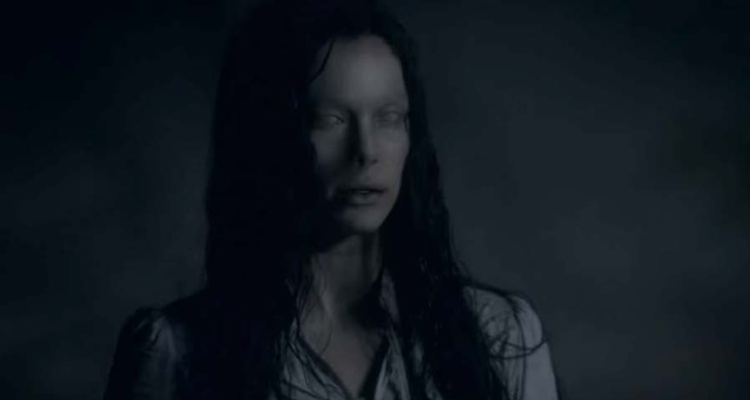 The Haunting of Bly Manor is not as scary as its’ predecessor, but I fall firmly in the camp who believe that not all ghost stories need to be scary to work.

And, while Bly Manor has moments of expertly crafted horror and an atmosphere that coats the series in dark and ominous colours, it’s the show’s emotional core that will linger long in the memory and haunt the hearts of those who walk the Manor’s halls.

Only, please; don’t walk the halls after dark, lest the Lady of the Lake grow restless.