Based on the ground-breaking comic book by Robert Kirkman, Tony Moore, and Charlie Adlard, the The Walking Dead television series hit our screens towards the end of 2010. From the outset, it marked itself out as quality drama, balancing tense action pieces with rich character work, all set against a very distinct world concept. 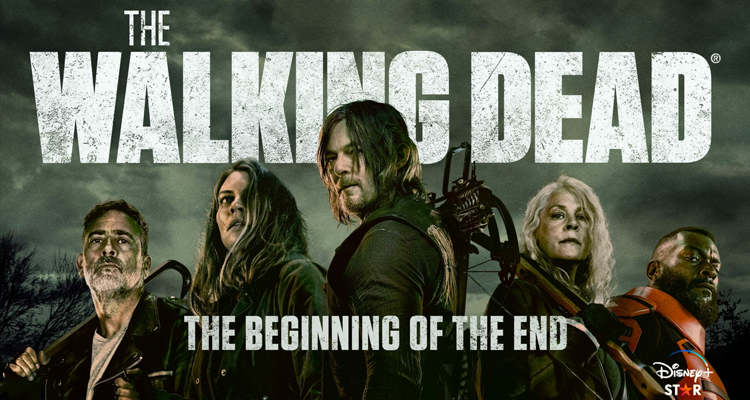 The classic convention in modern zombie stories is that infection is passed via a bite; The Walking Dead adopted this but added another chilling element. As revealed at the end of season one, the cause of the zombie outbreak was a virus…and everyone is infected. So regardless of whether you die of a zombie bite, or any other cause, you will rise again as one of the undead.

And speaking of zombies, another curiosity of The Walking Dead world is that no one ever uses that term; instead, different groups have adopted different terms e.g. Walkers; Biters; Lurkers; or the Infected. The reason for this is that Kirkman had decided that The Walking Dead would occur in a world wherein there had never been any zombie fiction. It stands out only really because since the 1980s (probably starting with the Lost Boys) we’ve all got used to the idea that horror films and shows happen in the same universe we live in.

So ordinary people encountering a vampire, or a werewolf, would have seen all the same horror films we, the audience, had seen.

Not so in The Walking Dead.

Hence the power of the early scenes of the first episode, when Rick Grimes awakes from a coma and wanders around a ransacked, abandoned hospital, encountering the warning daubed in paint – Don’t Open Dead Inside – before finally encountering his first Walker, crawling on the grass outside. 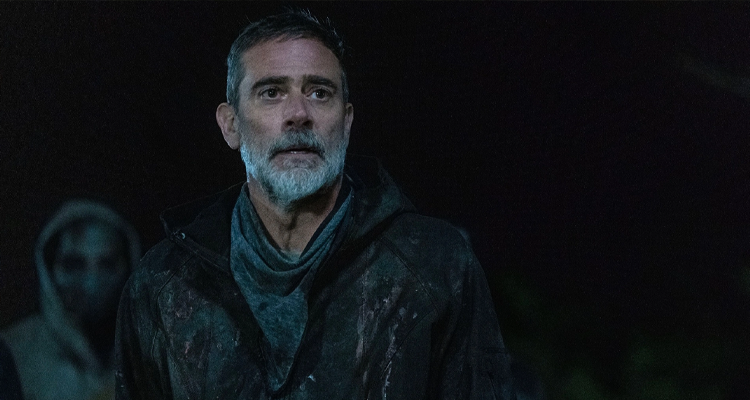 The series progressed in good style, crucially showing how the characters and their society changed to adjust to the ’new rules’ of life in the Time of the Walkers.

There was a long-standing – and dark – joke amongst the fans that it was the humans who were the real ‘Walking Dead’, so traumatised had they become by the brutal new reality of their lives.

But in recent times – if we’re honest – The Walking Dead has started to struggle a little. Many fans were unhappy with the, ‘Negan era’, during which it started to feel like our protagonists had meekly submitted to the rule of a sociopathic tyrant. The series also suffered from the loss of some high-profile characters, not least of which the established lead protagonist, Rick Grimes.

Whereas the departure of major characters is hard-wired into the DNA of The Walking Dead – perhaps second only to Game of Thrones in that respect – it was starting to feel like the impetus was less dramatic impact and more that the respective actors wanted to move on to other projects (Sonequa Martin-Green for example, left in order to take the lead in Star Trek: Discovery). 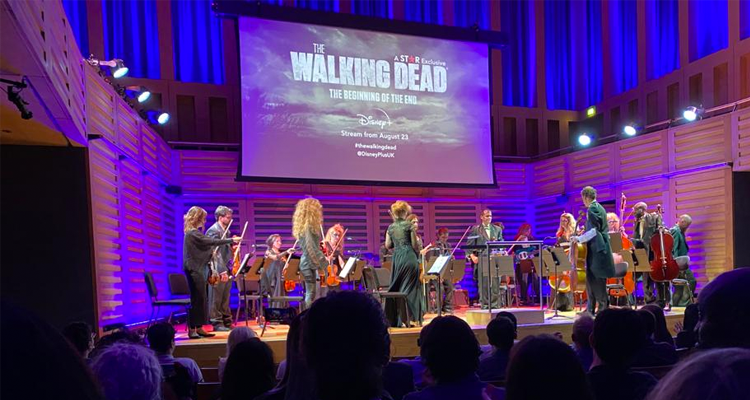 So it was with considerable curiosity – and a little trepidation – that I trundled along to King’s Cross Thursday night for a preview of the first episode of the final season.

The PR company did a good job of organising the event; two actors dressed as Walkers shambled through the crowd, rasping and rolling their eyes, and providing good opportunities for photos and selfies with the guests. Inside the auditorium, the Covent Garden Sinfonia Orchestra had dressed as zombies, specially for the event, and treated us to a pre-screening performance of some of the iconic music from the series.

So what of the episode itself? (note for the nervous reader: I shall try to avoid all but the mildest of spoilers in what follows)

We start with a very tense action sequence, in which a team led by Daryl and Carol conduct a commando-style raid on an undisclosed location, in order to secure food.

Because food, we discover, is becoming a big problem for Hilltop and Alexandria, not least because they’ve incorporated a number of new communities (including the remnants of Maggie’s group). Maggie has a potential solution, but as with all things in The Walking Dead, solutions will always come with risks and danger. In this case, a violent paramilitary group, one of whom Maggie and Daryl encountered at the end of the previous season. 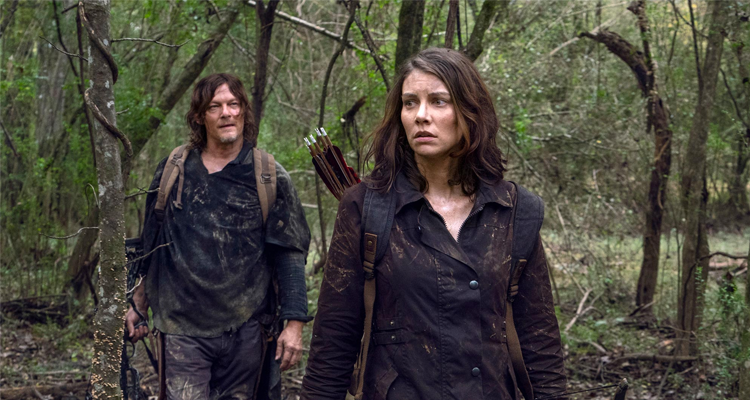 He killed himself rather than being taken prisoner. As Maggie says of them: ‘We learned only two things about them; firstly, they attack at night, and secondly, by the time you hear them, you’re dead.’ They sound like fun.

Firstly, there is a group led by Maggie and Daryl, who are crossing Washington DC. Negan has been brought along because of his knowledge of the city…but is that the only reason?

Secondly, we see Ezekiel, Yumiko, Eugene, and Princess, who were taken captive by the soldiers of the Commonwealth at the end of last series. We see them being interviewed (interogated?) for hours at a time, and as well as some chilling references to, ‘processing’ there is some humour, flowing quite naturally from their individual characters.

So is the Commonwealth a force for good? It’s not looking likely…

The afore-mentioned emphasis on characters is strongly in evidence, and the action pieces are tight, tense, and dramatic. The Commonwealth is shaping up nicely as the next Big Bad. And do we get a nice cliff-hanger ending to the episode? Oh yes, we surely do. You don’t want to know, though, right?

The Walking Dead season 11 starts streaming on Star on Disney Plus from 23 August.