TV Review: Whistle and I’ll Come to You

For a while now I have been revisiting British indie films and reviewing them, but for my first review of 2021 I decided to look at something different. This is the BBC television drama from 1968, Whistle and I’ll Come to You.

Jonathan Miller adapted M. R. James’s ghost story ‘Oh, Whistle and I’ll Come to You, My Lad’ into a 40-minute atmospheric piece of television. It tells the story of Professor Parkin (played beautifully by Michael Hordern), a sceptic professor from Cambridge, who arrives at a hotel on the English coast for an off-season stay. 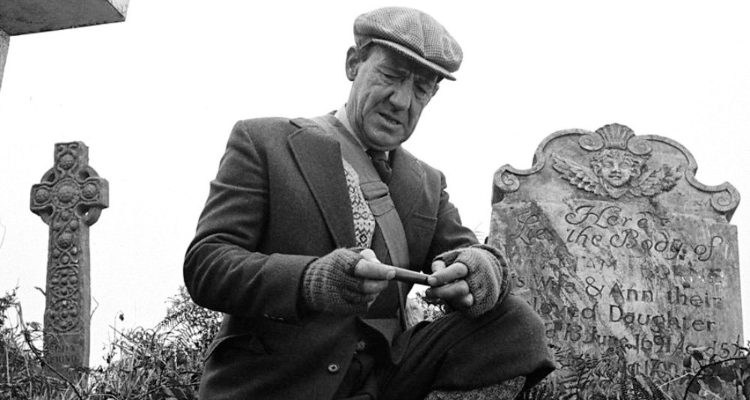 The professor spends his days walking along the beach and on his first walk finds himself in an unkempt graveyard, where he unearths an object he keeps. It is a bone whistle with a carved inscription he later reads in his bedroom: “Quis est iste qui venit” (“Who is this who is coming?”). He blows the whistle and during the night he has trouble sleeping.

The next day, during breakfast, another fellow resident of the hotel asks the Professor whether he believes in ghosts. In between mumbles and toasts, the Professor gives a 4-minute answer, ending with ‘there are more things in philosophy than dreamt of in heaven and earth’, thus showing us and the other character how much of a cynic he is. We are also introduced to another character who truly disbelieves anything that cannot be confirmed by science. With the following events (which are not that many), it poses the question of whether things really happen or whether they are a product of our, and the Professor’s, imagination.

It has been said that nothing happens throughout the entire episode, and I do agree to a certain extent. But, on the other hand, so many things happen. We see how the idea of ghosts is introduced in the Professor’s head and we see him push it away and slowly give in to the notion, until he becomes a complete believer and has regressed to a child’s state. Therefore, we see the transformation of a man of science into a spiritual man – well, a very scared man, if anything. 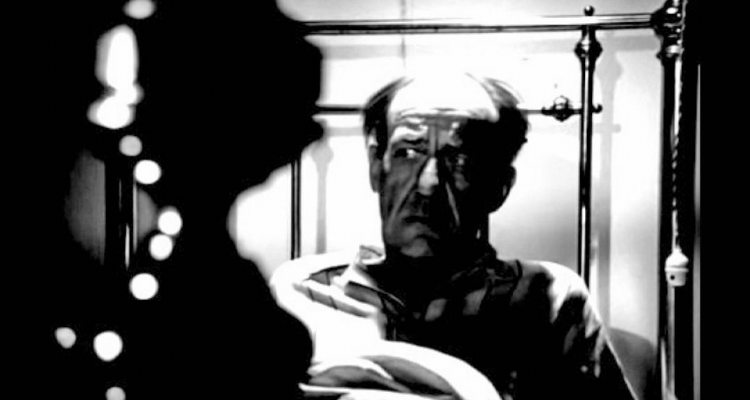 A lot has already been written about this episode, so I am not going to explore it in any depth. What I found extremely interesting when watching it was how modern the episode felt. In the 1960s more horror films started to pose a question in the end, rather than explaining everything – what we call now as ‘open endings’. Moreover, in the 60s there was a shift from the evil being from outer space or exotic, to being inside the family, or even inside ourselves (hello, Norman Bates).

Aesthetically, Whistle and I’ll come to You explores different camera angles – long shots in long sequences, Dutch angles that leave a small space in the corner of the frame inviting us to question whether there really is something there or not. These made me think of two other British films from the same decade: The Innocents (Jack Clayton, 1961) and The Haunting (Robert Wise, 1963). These two films rely on exactly the same things – uncertainty, mental stability of the characters and, therefore, their reliability as narrators. Aesthetically, they both use Dutch angles and the black and white to enhance the feeling of the story being somehow untied to reality.

Being from 1968, the episode feels from its time. It follows the tropes being established in the horror genre. But also, as I mentioned before, it feels modern. Modern because, the same way as it follows the tropes being cemented in the genre, it also seems to follow the trend seen in films nowadays: the paranoia that hovers over the narratives, the idea that evil is out there and we cannot trust anyone, only (and not always) ourselves; the idea that there is something following us, but again, something we don’t know what or where it is coming from; it relies on the idea of dread and ambiguity. 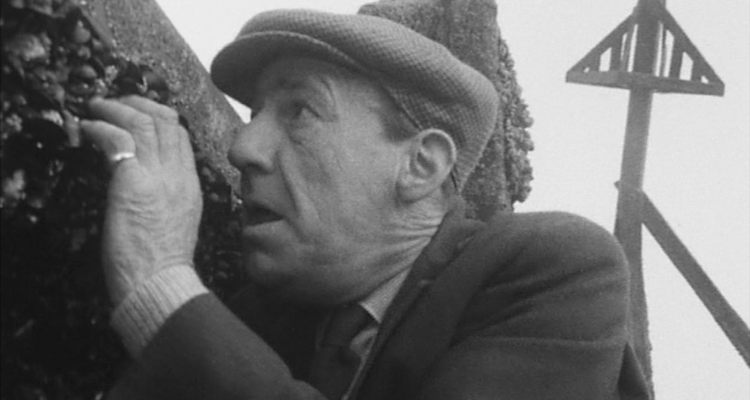 It made me think of films like It Comes at Night (Trey Edward Shults, 2017), It Follows (David Robert Mitchell, 2014), and The Witch (Robert Eggers, 2015) – which are slowly helping to set a trend of what today’s horror genre looks like, wherein paranoia belongs not only inside the characters’ minds, but also within the aesthetics of the film and the minds of the audience.