So far 2018 has been pretty kind to us horror fans – we have been presented with great films such as Veronica, Ghost Stories, A Quiet Place, Ghostland and Unsane. But as we enter the second half of the year, there’s a still a lot to look forward to.  Here’s a quick list of my 6 favourite upcoming new horror films that I’m intrigued to see:

Feeding on the frenzy around all things ‘the 80s’ and nostalgia in general, Summer of ’84 follows a group of teenagers that believe their neighbour is a serial killer.

The trailer reminded me a little of Hitchcock’s Rear Window. Perhaps not just from the plot itself, but the voyeurism tropes and the fear around who lives next door too… a person that you think know, but how much do you really know about what they really get up to behind those closed doors…

From the premise and the marketing around this film, I am expecting it to be either a modernised version of Hitchcock’s aforementioned classic, or perhaps even a film modeled on one of R. L. Stein’s Fear Street books. Either way I’m looking forward to it.

Summer of ’84 is directed by 3 newcomers, François Simard, Anouk Whissell and Yoann-Karl Whissell. It was premiered in January at the Sundance Festival, and is scheduled to hit UK cinemas in August 2018.

The House That Jack Built 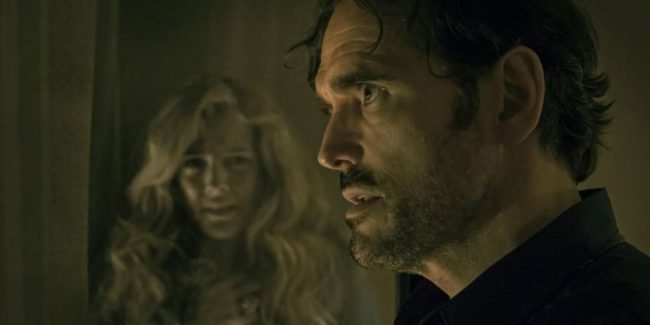 This is already gearing up to be the most controversial film this year. Director Lars Von Trier never fails to stir up conversation, and The House That Jack Built is already doing just that.

It follows a serial killer (Matt Dillon) whose goal is to commit the perfect crime over a period of 12 years. Von Trier said he wanted to portray “the idea that life is evil and soulless” and in order to help do that, he shows the audiences the most violent crimes – in very grim detail.

The film had its debut in Cannes, where reportedly hundreds of people left the screening due to its excessive violence and gore. It has been said that the film is misogynistic, since Jack targets women, and even PETA received calls from people who were claiming that the film was torturing animals (which has since been dismissed as “movie magic” by PETA). It certainly seems that Von Trier has continued his legacy, even after leaving a gap of six years between this and his last feature.

The House That Jack Built is expected to be released in November. You can check out the trailer here.

Luca Guadagnino, the Italian director behind such films as the 2005’s Melissa P. and the Oscar winning, Call Me By Your Name, is the ‘lucky’ director selected to remake Dario Argento’s work of art – Suspiria.

Although “remake” is not the word Guadagnino is choosing to use, his “reimagining” of the film seems promising. The original film belongs in a realm of cinema where remakes do not belong, but somehow I find myself weirdly interested in it.

The 2018 version is swimming in star power with Tilda Swanson and Chloe Moretz both starring alongside Dakota Johnson who is playing Susie, the main character.

In an interview during the post-production of the film, Johnson said that she had to go into therapy because the film had messed her up so much… That might be an early indication that the film is going to have long lasting impact on its viewers, or the usual marketing gumpf that we’re so used to seeing.

But in similar fashion to Von Trier’s film above, when Guadagnino screened a scene at a film festival, it left audiences baffled prompting walk outs…

Unfortunately, we will have to wait until November to see Suspiria for ourselves, but until then we can try and imagine what to expect. Since in the words of the director, he’s decided to make the film as an “homage to the incredible, powerful emotion” he felt when watching the original. 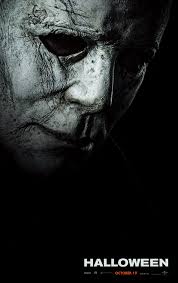 This is a personal favourite of mine and it could not be excluded from this list.

Similar to Suspiria, I believe that Halloween is an entity that simply should not be messed with (aka, no remakes, please). But I suppose it’s a bit too late to advocate against the proliferation of the endless ways Michael Myers has already come back from the dead in the glut of sequels already out there!

But this new film gives me a few glimpses of hope. I see it as a way for the film to reclaim its name and perhaps even close the doors to future remakes or franchise extensions… Ah, who am I kidding!

The plot of the film is going to follow the two original films, and will see the return of Jamie Lee Curtis in her iconic role as Laurie Strode and Nick Castle as Michael Myers.

John Carpenter is ‘linked’ to the project too, as a composer, an executive producer and creative consultant – representing his first direct involvement in the franchise after Halloween III: The Season of the Witch.

David Gordon Green — who has done precisely zero horror films in the past — will direct Halloween, with release date set to be around late October.

The director of Hereditary, Ari Aster, has receiving a lot of acclaim after this, his first feature, was labelled “The Exorcist of our generation”, pleasing critics and audiences alike.

The film tells the story of a family who find themselves haunted after the death of their grandmother. Toni Collette stars in one of her darkest roles to date, and Milly Shapiro, who plays her creepy daughter Charlie, has her first role in a film after being better known for her work on the stage.

The film is being likened to a Greek tragedy, and Aster’s cinematic view is outstanding as he mirrors the film with Anne’s job – a miniature artist – the camera zooms in and out and the production design of the film shows a disturbing scenario… almost like a miniature doll’s house, being arranged by a superior force with giant tweezers. 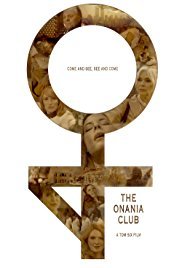 The buzz around this film has just started, and it is solely because Tom Six has promised to deliver a “vile, inhumane experience”.  Mind you, this is the director of the Human Centipede films saying this!

If that’s not enough to poke our curiosity, I don’t know what is. The film has been completed and is currently waiting for distribution.

There’s not much about the film other than what Six has said and the tagline on the poster: “Come and see, see and come”.